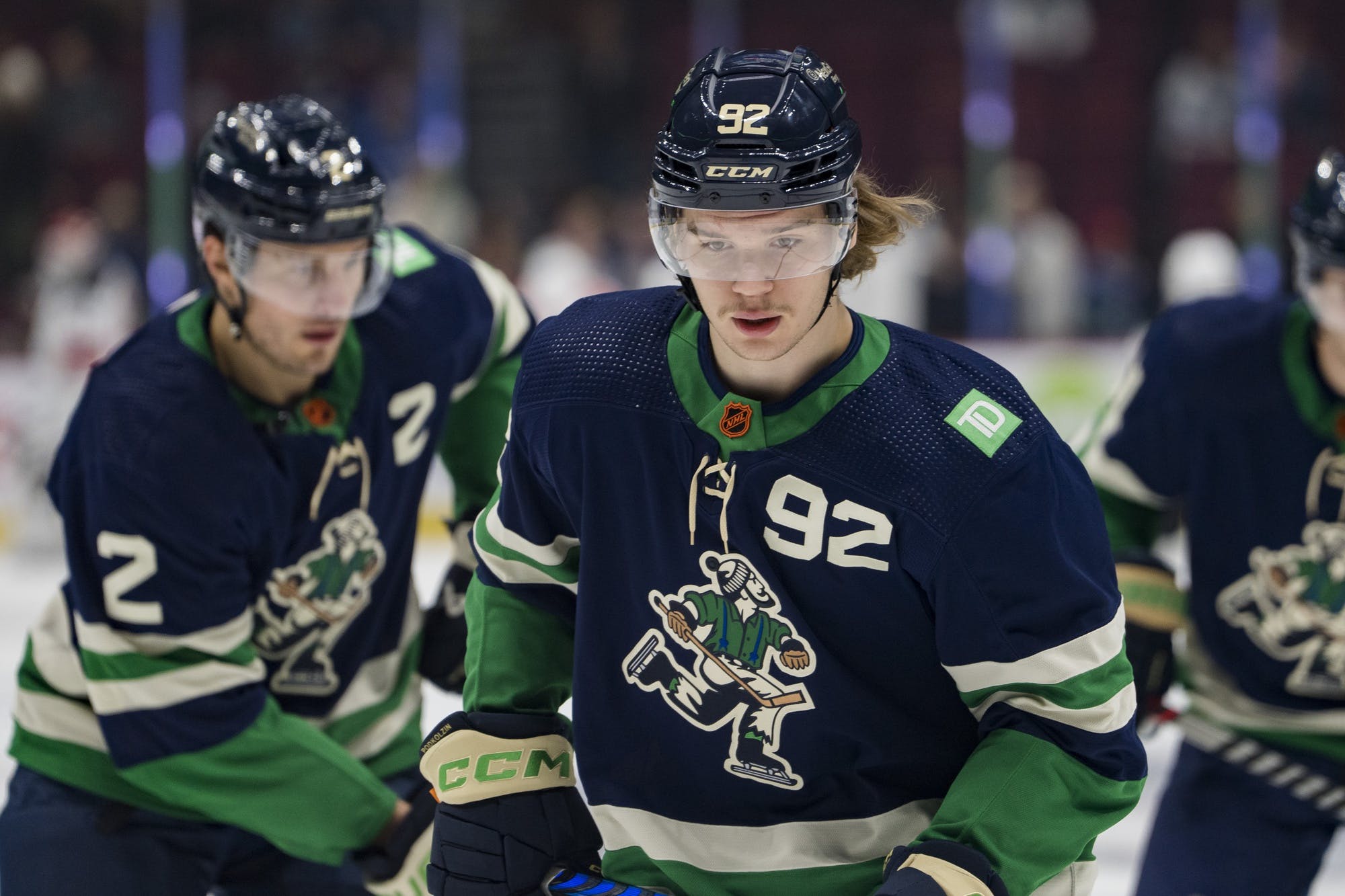 By David Quadrelli
2 months ago
The Vancouver Canucks have reassigned forward Vasily Podkolzin and defenceman Jack Rathbone to the AHL’s Abbotsford Canucks, general manager Patrik Allvin announced late Friday afternoon.
Aside from getting some reps in during the AHL playoffs last year once the NHL Canucks’ season was over, Podkolzin has never been sent down to play in the AHL.
After a positive rookie season where it seemed like Podkolzin was trending in the right direction, the sophomore forward has struggled this season, posting just three assists through 16 games.
Rathbone, on the other hand, has appeared in just six games for the Canucks this season, and hasn’t done much to prove he belongs at the NHL level through the limited sample size he’s been given to work with this season. He was a point per game player last year through 39 games with the Abbotsford Canucks.
Neither player will require waivers to be sent down. The Abbotsford Canucks have back-to-back games on Tuesday and Wednesday, and have back-to-back games on Saturday and Sunday as well. All four of these games are home games.
News
Recent articles from David Quadrelli