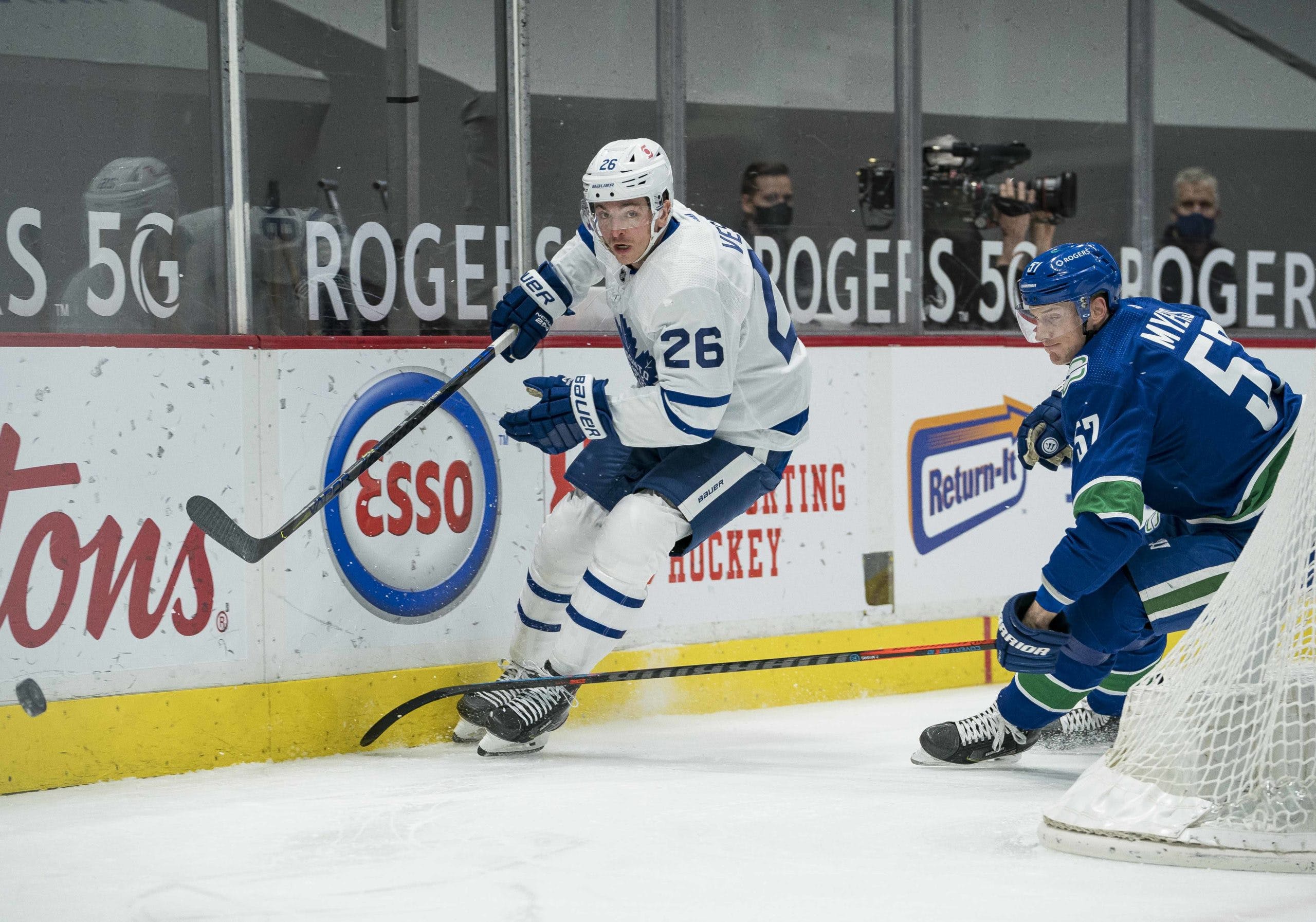 By David Quadrelli
1 year ago
The Vancouver Canucks have claimed forward Jimmy Vesey off waivers from the Toronto Maple Leafs.
Vesey is a competent middle-six winger who can play all three forward positions. He should be a welcome addition to the Canucks’ bottom six.
Vesey is on a $900,000 deal, meaning he is costing the Canucks roughly the same as an AHL call up would. The only difference is, Vesey doesn’t have to quarantine before joining the team, which he will do later today in Ottawa.
He’s not likely to play tonight, but he will almost certainly be in the lineup for the Canucks’ Friday night showdown with the Montreal Canadiens.
The 27-year-old winger has five goals and two assists through 30 games played with Toronto.
Vesey will be an unrestricted free agent after this season.
Uncategorized
Recent articles from David Quadrelli