The Statsies Lite Edition: Because if you don’t have anything nice to say, don’t say it at all 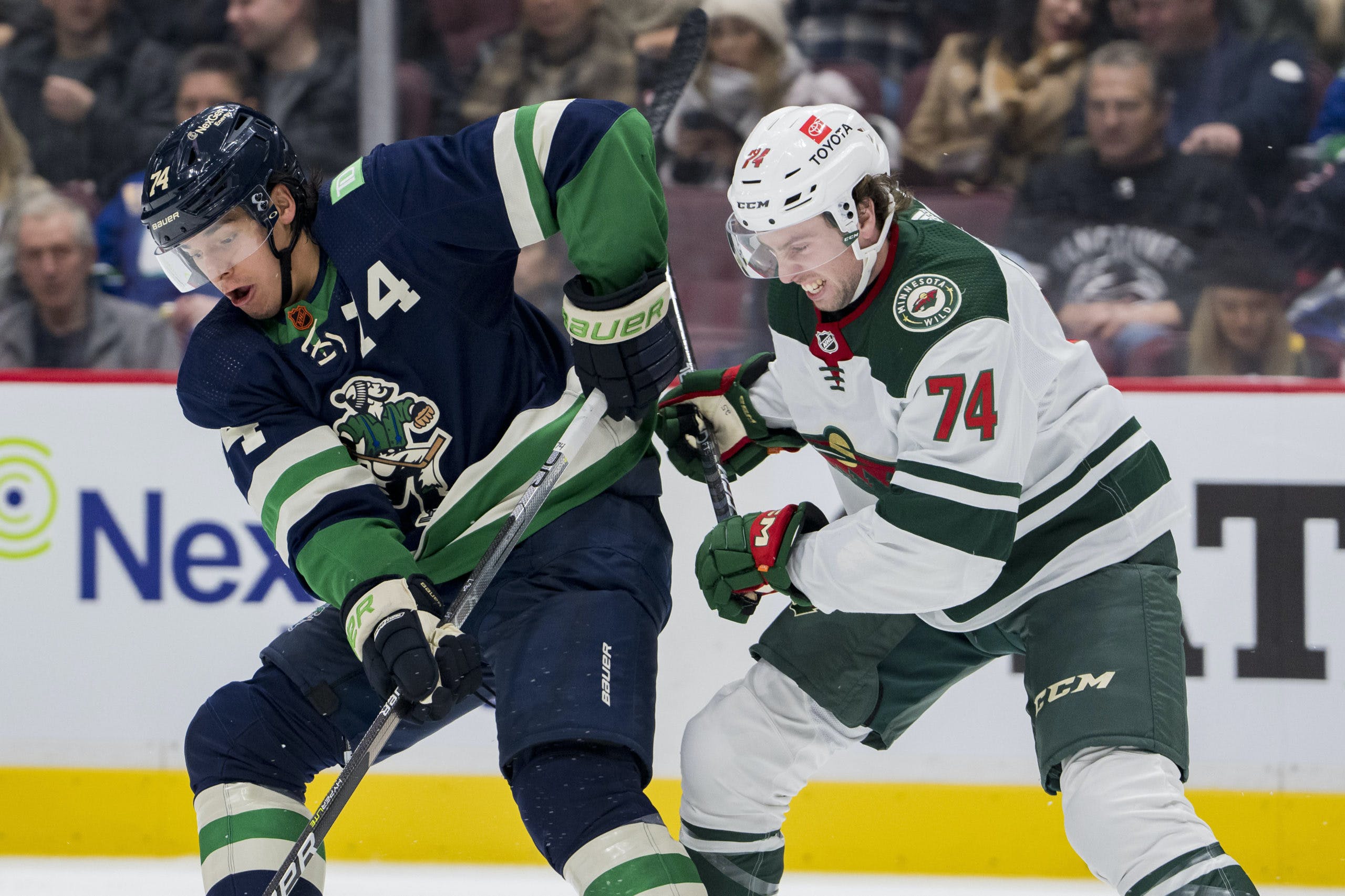 By Michael Liu
1 month ago
Be sure to check out NHL betting odds site Betway for the latest Canucks game day odds!
A little rabbit once said that if you don’t have anything nice to say, don’t say it at all. So for this Statsies, we’re keeping it short. Apologies to those that have come to expect a little more from me, but a game like this doesn’t make it easy for both content and my sanity.
Here’s what stood out from the 3-0 loss against the Wild.
As always, you can find our glossary guide of advanced stats here.

Held to the perimeter: Minnesota did an excellent job last night of making sure the Canucks didn’t get high-danger opportunities around Filip Gustavsson. In the span of 60 minutes, the Wild netminder only faced 11 high-danger opportunities, the rest being floated at him from the outside. Minnesota has always been a well-organized group defensively, but only testing the goalie a hand full of times from areas where goals should come from isn’t exactly a recipe for success.

Also, the Canucks were permissive again defensively, giving up those chances in front of their own net. It shouldn’t be a surprise that the Wild were able to capitalize on them, given the increased probability of scoring when in those high-danger areas.
Miller leads CF% and xGF: Yes, this is probably not what Canuck fans wanted to hear or probably expected, but JT Miller was leading whatever the charge was offensively against the Wild. He was heads and shoulders above the rest of his teammates, posting a 71.74 CF% and a nice 69.24 xGF%. Miller’s raw xGF of 1.68 was also the top in Vancouver’s lineup, putting up 20 scoring chances while conceding 6. Though this is all fine and dandy, the point remains that he didn’t actually put up any points, which is what he’s being paid the big bucks for. And, more glaringly, Miller’s lapses were on display front and center tonight as well, with no offence to outweigh them.
Lotto line reunion: For about 4:05 minutes in the game, the famed Lotto line was put back together in hopes of generating something for the Canucks. Miller-Pettersson-Boeser didn’t manage to produce a goal, but they were showing why that line was possibly the best line in hockey for a couple of months. Together, the lotto line recorded an absurd 100.00 CF%, 100.00 xGF% and 100.00 HDCF%. Their xGF of 0.49 was second on the team, and defensively they didn’t even give up a single shot attempt. It’s the first time that the lotto line has been used by Boudreau during his tenure here, and one has to wonder if we’ll be seeing more cameos from them in the future.
Mix and match: Speaking of lines though, Boudreau rotated through 10 different combinations at 5v5 play, hoping that something would spark a chemical reaction. There were some wins, like the Lotto line or throwing Garland alongside Horvat and Miller, but on the other hand, there were some rough discoveries. For instance, Höglander-Åman-Lazar were absolutely buried in their three minutes together, going their entire time together without recording a single shot attempt for, much less a scoring chance. They were on the polar opposite of the lotto line, with zeros in CF% and xGF%.
Leaving Martin out to dry: Spencer Martin did his best to keep the Canucks in this game. The netminder posted a positive GSAx on the night with a 0.91, essentially saving a full goal above his expected. That said, his team did not give him an ounce of run support, which seems to be a common theme in Vancouver when it comes to their defacto starting netminder. As well, their defensive coverage didn’t do him any favours either, as mentioned previously. Martin’s goals against were chalked up as two high-dangers and one middle danger.
Try a new pair: Oliver Ekman-Larsson and Ethan Bear were looking solid together until last night. Both of them were putrid with each other, but posted better numbers away from the other. Bear saw his 38.89 CF% climb to 60.00 without OEL, while the Swede jumped from 38.89 to 66.67. Granted, OEL does see some power play time, which may boost those numbers a shade. However, it’s not working too well at 5v5 for them right now, and it could be worth looking at splitting them up for the time being.

CF% – 51.59% HDCF% – 40.00% xGF% – 46.71%
The Canucks turn in a tepid effort against the Wild and get the result that they deserve out of it. Never has this team looked so mild in every regard, simply inadequate against a tired team at the end of a road trip. Vancouver gets a break until Wednesday when they take on the Calgary Flames at the Saddledome.
Stats provided by naturalstattrick.com
Editorials
Recent articles from Michael Liu