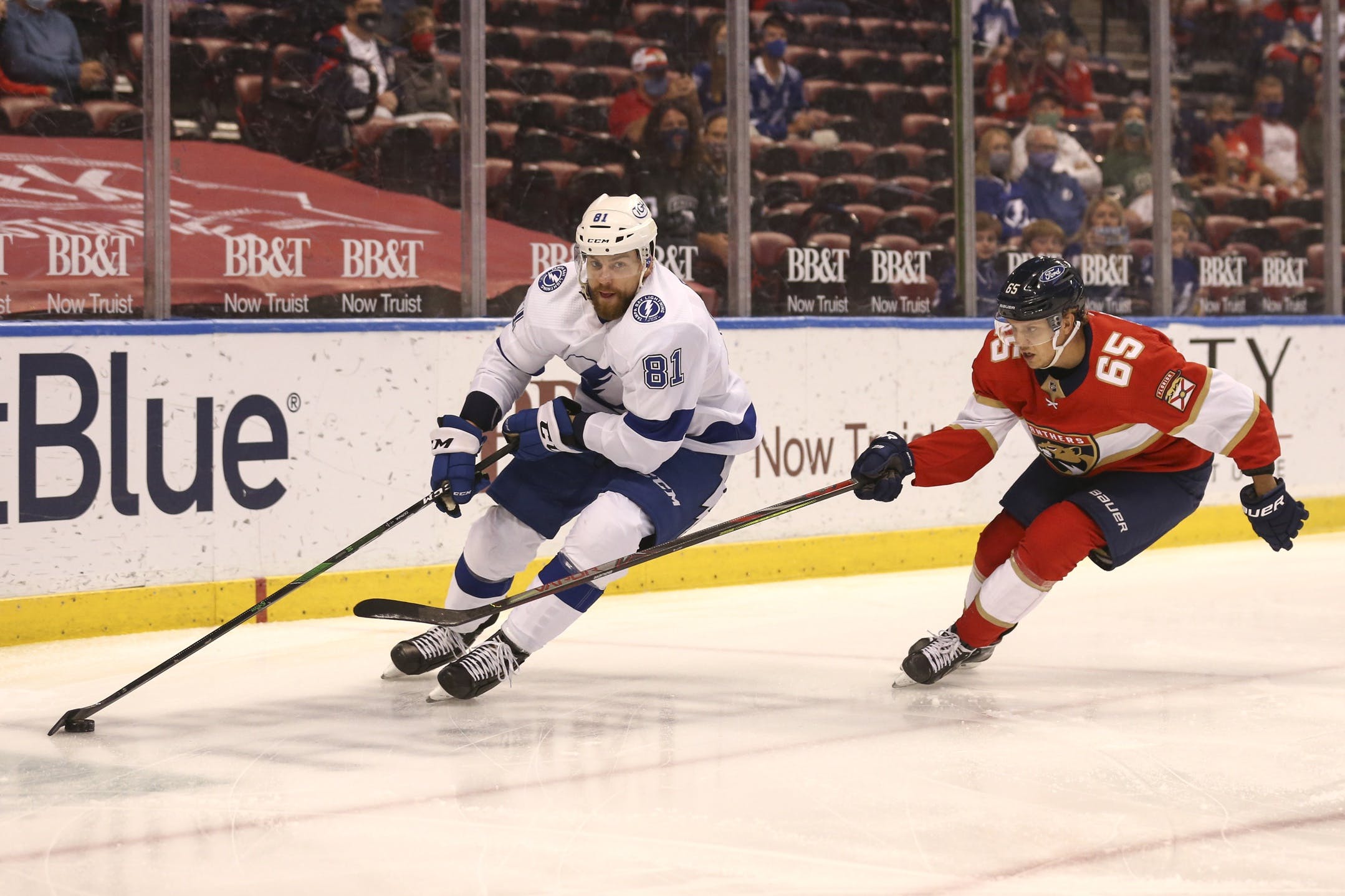 By Stephan Roget
1 year ago
Welcome back to Part Two of our regularly scheduled programming, already in progress.
In this Exploiting the Expansion Draft series, we’ll be looking at all the ways in which the Vancouver Canucks might pilfer some of the deeper depth charts around the league pre-expansion. The basic idea is that a team in danger of exposing multiple valuable players to Seattle might be willing to sell those assets off ahead of time to someone else — specifically, the Canucks, one of only a handful of clubs out there with protection slots to burn.
Of course, these players won’t be free. Any team who trades a non-protected asset only guarantees that they’ll be losing an entirely different asset to Seattle, and they always have the option of just paying Seattle not to take a certain someone. But these players should be available for cheaper than they would be under ordinary circumstances, and that’s the caveat that the Canucks should be looking to take advantage.
We started our series, naturally, with the right side of the blueline, moving alphabetically by team and taking a look at Josh Manson, Haydn Fleury, Connor Clifton, Jeremy Lauzon, Colin Miller, Jake Bean, Radko Gudas, and Sean Walker. Today, we continue with seven more candidates primed to be poached pre-expansion, and we like to think that the latter half of the list is the more exciting of the two.
All stats courtesy of NaturalStatTrick and reflect even-strength play. Italicized names indicate possible/tentative additions to protection lists. Reminder: teams will have the option of selecting seven forwards, three defenders, and one goaltender or eight skaters of any kind and one goaltender.

Projected Protection List (Defence): Jared Spurgeon, Ryan Suter, Jonas Brodin, Matthew Dumba
We don’t have to spell this one out for you. The Wild have had Expansion Draft troubles since 2017, and they haven’t got much better. Back then, they paid a heavy price to prevent the Golden Knights from taking Mat Dumba. Four years and some harsh Vegas lessons later, is Minnesota willing to do it again?
If Zach Parise waives his NMC, there’s a slight chance that the Wild go 8-1, but even then they’d have to risk one of Marcus Foligno or Jordan Greenway.
Trading Dumba elsewhere may be their best bet.

26, 6’0”, 182lb, Two years @ $6 million (UFA)
There’s this strange notion out there that Dumba is the worst of the Wild’s top-four defenders, and that’s why he’s not being protected in the Expansion Draft. In reality, it’s the lack of a NMC in his contract. Dumba has struggled through inconsistency, but in 2021 he’s been Minnesota’s second-best blueliner after Jared Spurgeon, and that has continued into the postseason.
Even behind Spurgeon, Dumba’s deployment was tougher than league-average, and he posted the best possession numbers on the team. His 50-point days might not be coming back, but this year still represented a significant bounce-back in his production.
The major stumbling block to acquiring Dumba will be the price-tag, both in terms of his salary and what the Wild will be asking in return. Vancouver would need some offseason luck and manoeuvring to even fit his $6 million under the cap but, oddly enough, that could work in their favour. There are few teams out there that could fit Dumba, period, limiting the market for him. If the Canucks could secure him for anything less than their first, they should take it and run. 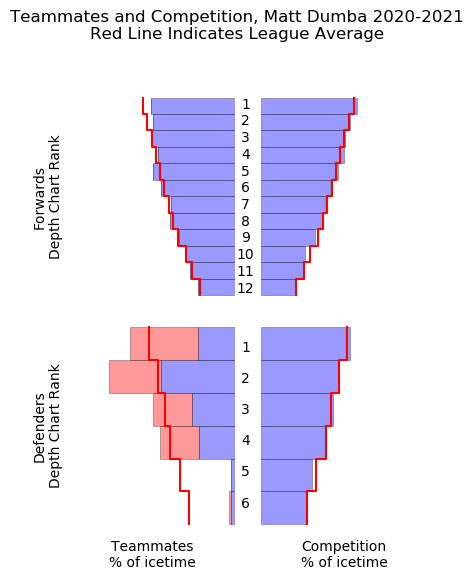 Projected Protection List (Defence): Ryan Pulock, Adam Pelech, Nick Leddy, Scott Mayfield
Coming into the season, the Islanders were pretty sure they were going to protect Scott Mayfield, but a career renaissance by Nick Leddy at age 30 certainly changes things. Leddy has been integral to New York’s success this year, and that point-production will be tough to give up.

28, 6’5”, 220lb, Two years left @ $1.45 million (UFA)
If Mayfield ends up exposed, the Canucks will be looking to pounce — and they won’t be the only ones. Mayfield’s got a big body and a tiny salary, and who wouldn’t enjoy that combo? He plays harsh matchups in unfavourable situations, kills boatloads of penalties, and still manages to put up respectable point-totals. When the playoffs come, Mayfield adds an element of nastiness.
And he does it all for less than a million-and-a-half.
The only real strike against Mayfield is that almost every other team in the league would be interested in his services. Pre-Expansion Draft, the Canucks would only be competing with other teams that have open protection slots, but that’s still a sizeable enough market to drive Mayfield’s cost up. A couple of seconds doesn’t sound unreasonable once his contract is factored into the discussion. 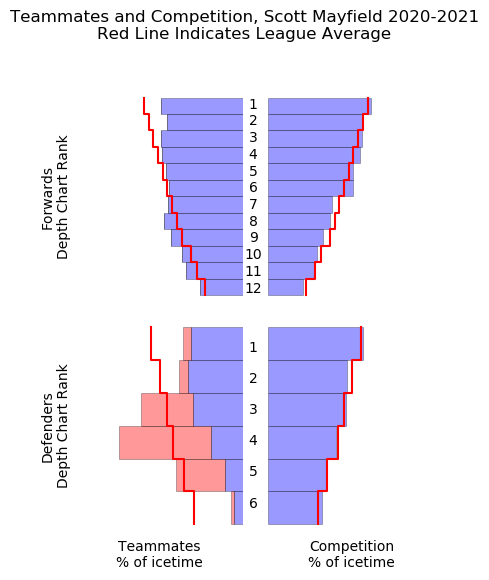 Projected Protection List (Defence): Colton Parayko, Justin Faulk, Torey Krug
The Blues have fallen quite a ways since lifting the Cup in 2019, but they still won’t escape Seattle unscathed. All three of Vince Dunn, Marco Scandella, and Niko Miikola are scheduled to be made available, and one of those names definitely stands out more than the others.

24, 6’0”, 203lb, Pending RFA
Dunn’s first go-round with the post-Pietrangelo Blues wasn’t exactly a raging success. 2021 was, in many ways, a step back for a player who was previously considered — stop us if you’ve heard this one before — an analytics darling.
The argument against Dunn’s underlying numbers representing underlying talent was that he didn’t face difficult deployment, and he was more sheltered in 2021 than ever before. Dunn was kept away from opponents’ top players and his own end in general whenever possible, and that doesn’t bode well for his defensive game. He was, however, on pace for his best offensive season ever.
Dunn played some of his best hockey on the right-side, though he seems to have been displaced back to the left by Justin Faulk for the time being. If the Canucks believe that Dunn can return to his circa 2019 form — and if they can get him for something not too far above a second rounder — they should hop right on that. 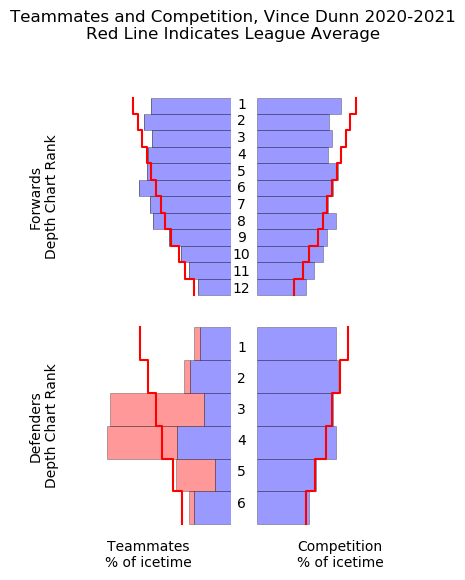 Projected Protection List (Defence): Victor Hedman, Mikhail Sergachev, and one of Erik Cernak, Ryan McDonagh, or Cal Foote
It’s arguable that no one has it worse in the 2021 Expansion Draft that the Lightning. Even if they go 8-1, they’re still going to lose a quality player. The recent breakouts of forwards like Ross Colton makes it more likely that the Bolts go 7-3-1, and that means a three-way dilemma between Erik Cernak, Ryan McDonagh, and the rookie Cal Foote.

23, 6’3”, 233lb, Two years left @ $2.95 million (RFA)
Of the three names on that list, Cernak is the most likely to be protected. And that’s unfortunate, because he’s easily the best fit for the Canucks that could conceivably be on the market.
What’s not to like? Cernak is coming off a top-four role on a Cup-winner, has sparkling analytics, broke through with a little bonus offence of his own in 2021, and is a majorly heavy dude. He regularly goes up against the best players in the league and comes out on top — literally.
He’s locked up for two more years at a rate of approximately one highway robbery, and is still a RFA thereafter. Best of all, Cernak’s prime years are still ahead of him.
So, why would Tampa Bay ever part with him? They probably wouldn’t. McDonagh is an important piece, but his contract is a dangerous one as he ages. Foote is largely unproven. The trick here would be to offer the Lightning so much that they reckon that what you’re giving them — plus the ability to keep McDonagh/Foote — is worth the pain of losing Cernak.
For that, you’re starting with the 2021 first, and maybe even adding from there. 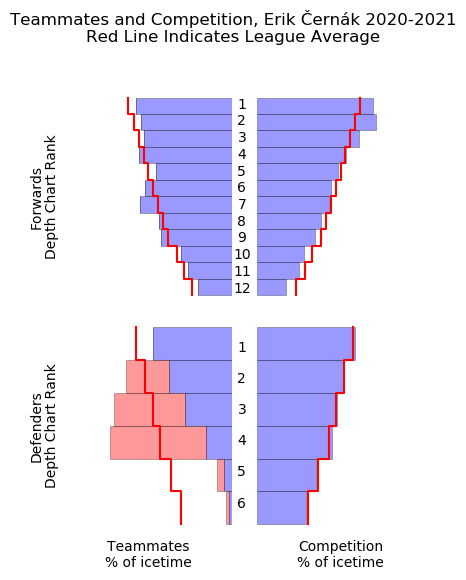 22, 6’3”, 209lb, Pending RFA
Foote projects to be a top-four defender eventually, but of what kind remains to be seen. Despite being heavily sheltered by the Lightning in his rookie season, it is Foote’s offensive production that may not translate to the big league. His defensive acumen and two-way play should stay steady, however, and that’s more of what the Canucks are after, anyway.
Possessing the trifecta of size, skating, and vision, Foote stands to be a big-minute defender in this league for a long time to come. His low expected salary will allow Tampa to shop him around to any team with a protection slot up for grabs, and that should raise the asking price to something around a second — but he’s probably worth that and more under ordinary circumstances. 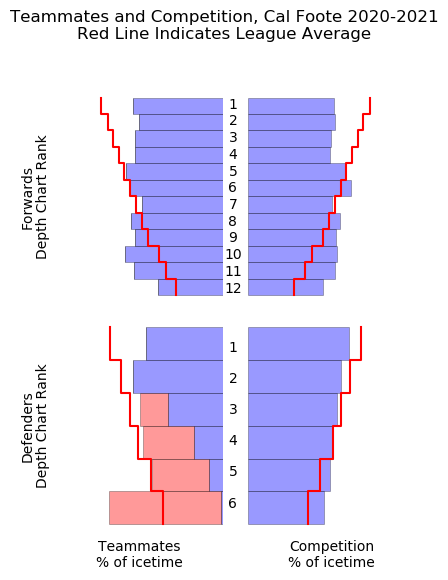 Projected Protection List (Defence): John Carlson, Dmitry Orlov, Brenden Dillon
The Capitals are a team that the Canucks should be in deep discussions with leading up to the Expansion Draft, because they stand to expose no fewer than three NHL-quality right-handed defenders. Justin Schultz, while talented and local, is the opposite of what the Canucks need. The other two are well worth a gander.

30, 6’1”, 196lb, Two years left @ $2.5 million (UFA)
How nice would it be to have Nick Jensen return to Vancouver for redemption ten years after the 29th overall pick in 2011 busted? Sure, this is a totally different Nick Jensen, but that’s beside the point.
In all seriousness, Jensen is a defensive specialist with a modicum of offence to offer as a bonus. Jensen eats D-zone starts for breakfast, kills penalties like it’s going out of style, and plays moderately difficult matchups even from the bottom-pairing. In the past, he’s shown the ability to play greater minutes, but may not be able to do so in the long run.
Jensen, too, falls into the Hamonic replacement category — an upgrade, to be sure, but not enough of one to slot into the Canucks’ top-four. It’s worth seeing if he can be pried loose for a third or worse, but that’s about it. 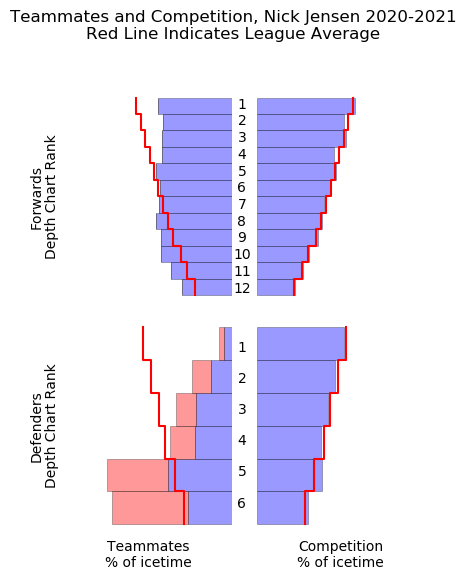 29, 6’2”, 192lb, Two years left @ $800K (UFA)
Consider van Riemsdyk the budgetiest of budget options on this list, but don’t think that makes him worthless. Despite the fact that he’s a healthy scratch in the postseason right now, van Riemsdyk is a career-long positive possession player who can handle D-tilted deployment, medium-size matchups, and middle-pairing minutes when healthy.
A couple of injury-plagued seasons are responsible for van Riemsdyk’s modest $800K salary more than anything. A trade for him is a gamble on his future health, but it’s of the low-risk, low-reward variety.
To be honest, Washington would probably consider moving van Riemsdyk regardless of the Expansion Draft, and they’re undoubtedly worried about losing other assets instead. He might be a better target post-draft, but either way he wouldn’t be worth more than a mid-round pick at best.
Again, he’s not the sort of player the Canucks would ever want to pair with Hughes and Rathbone, and that sort of player should be their priority right now. 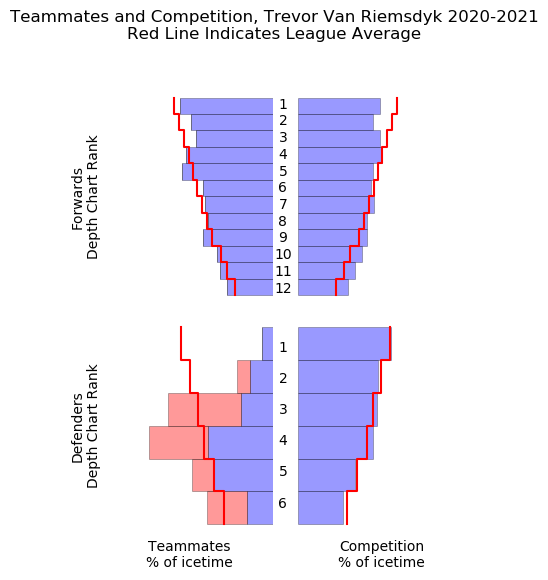 From HockeyViz.com
Join us next time when we’ll take a crack at solving the “Riddle in the Middle” at 3C!
Uncategorized
Recent articles from Stephan Roget