Senators for sale, “keep an eye on” Barry Trotz and Rick Tocchet, Carey Price may be done playing, and more: Around the League 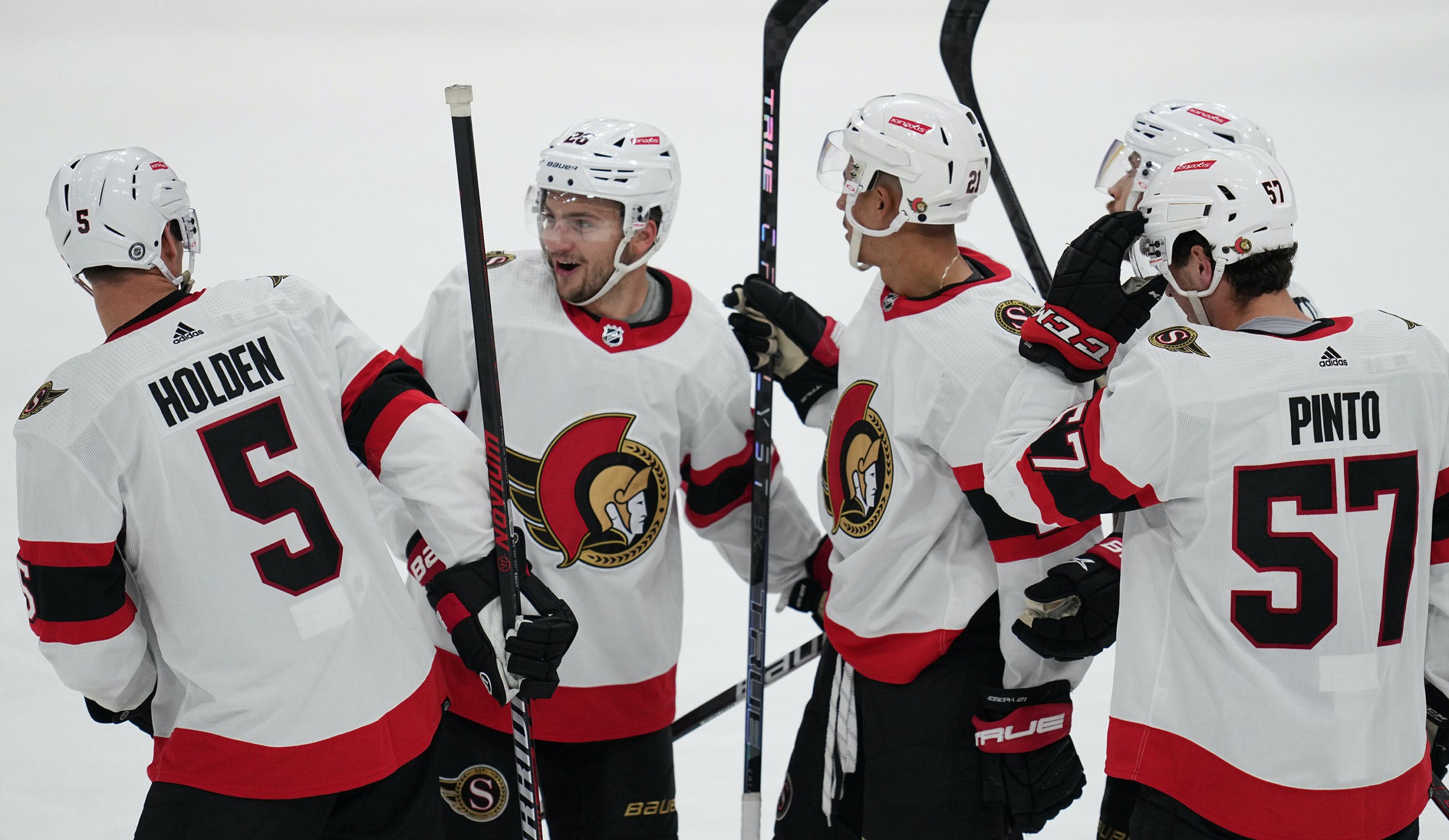 By David Quadrelli
28 days ago
Welcome back Around the League — the column in which we examine news and rumours from around the National Hockey League, oftentimes through a Canucks-tinted lens.

What better way to kick off this column than with not one, but three Ottawa Senators-focused entries?
Yes, it’s true, things have been interesting in SensLand, to say the least.
Last Wednesday morning, the Senators announced that centre Josh Norris would be out for potentially the rest of the year with a shoulder injury.
Norris hurt his shoulder while taking a faceoff in the Sens’ home game against the Arizona Coyotes on October 22nd. Head coach D.J. Smith told reporters a few days later that there’s no real timeline for Norris’ return.
“Is he going to require surgery or not? We’re in the middle of that right now,” Smith told reporters. “We’ll know a little more here in the next 4 to 5 days, but it’s long-term.
“When you hear long-term, you’re thinking three months, four months, five months… at some point if we get him back, great.”
The only Canucks spin we can put on this is that Josh Norris and Quinn Hughes are really good friends. Hopefully it’s a speedy recovery for Norris.

The Ottawa Senators are for sale, according to a Tuesday morning report from sports business publication Sportico.
Galatioti Sports Partners, a New York-based bank that provides advisory services to the sports industry, have been hired by the late Eugene Melnyk’s family. Melnyk’s daughters Anna and Olivia took over the Senators after their father passed away in March due to illness. The franchise is currently being run by a three-person board of directors.
Sportico cited multiple people familiar with the plans, who were granted anonymity because the details are private.
“There’s never been a better time to sell the Ottawa Senators than right now. I’m sure that’s part of the decision-making process right now for the Melnyks,” Eben Novy-Williams, the Sportico reporter who broke the story, told CTV News. “Valuations are soaring, and as a result they’re going to get something probably close to an NHL record for this team when they do finally pull the trigger and sell it.”
Novy-Williams added that he didn’t expect to see the Senators relocated from Ottawa if and when the sale goes through.
This will be a situation to keep an eye on as the season progresses.

Shane Pinto picks up rookie of the month honours

Shane Pinto has been scoring goals to start his rookie campaign in the NHL.
Pinto led all rookies with six goals through eight games and led the entire NHL in shooting percentage with 42.9%.
Now, that shooting percentage is sure to come down, but Pinto’s results in October are no less impressive.
Overall, Pinto averaged 0.75 goals per game during the month. According to NHL PR, only one rookie since 1993-94 has posted a better such rate in the month of October: Elias Pettersson.
Canucks fans won’t soon forget that Pettersson averaged 0.88 goals per game in October 2018 when he tallied seven goals in eight games en route to securing the Calder Trophy as the NHL’s top rookie of the 2018-19 season.
Could a similar destiny be in Pinto’s future?

Carey Price is and always will be synonymous with the greatest goaltenders to ever strap on the pads in the NHL.
Over a career spanning 16 years in the NHL, Price has suited up for 712 games — all with the Montreal Canadiens — and served as the backstop for some Habs teams that would have been flat-out lost without him.
He’s got a .917 save percentage, and the heights he reached in the mid 2010s at both the National and league-play levels was truly remarkable to witness.
He’s beloved by hockey fans everywhere, but unfortunately hasn’t played since April 29th, his fifth game last season after having knee surgery on July 23, 2021.
“We’ll have to take it step by step,” Price told reporters last week. “I don’t have a plan to retire right at this moment. Right now, my goal is to be pain free from day to day.
“I’m still having some issues getting up and down stairs, carrying my kids up and down stairs is difficult, so my first priority is to get my body in a place to where I’m pain-free in my day-to-day living and go from there.”
“My rehab hasn’t been successful so far,” he said. “I’ve talked to several people who have had this type of injury. It has taken over a year for them to feel normal. I’m still holding out hope. There’s a possibility I go for another injection. That surgery is a little bit worrisome for me.”
It’s a “wait and see” game for one of the greatest goaltenders of all time.

“Keep an eye on” Barry Trotz, Rick Tocchet, and more

Kevin Weekes of ESPN dropped a nugget that he’d be “keeping an eye on” Barry Trotz and Rick Tocchet as potential coaching replacements when the inevitable early-season head coaching firings come down the wire.
In an interview with NHL reporter Andy Strickland on the Cam and Strick podcast, Trotz admitted that he’s been eyeing a return to the NHL and that he could be ready for employment as early as December. Trotz, for those who don’t know, elected to not sign with any teams this past offseason after the Islanders let him go because he’s helping his elderly father transition into a new home.
If and when Trotz chooses to return, there will surely be plenty of suitors around the league.
Things appear to be going south quickly in Toronto, and they could be just one of many teams in the market for a proven veteran coach.
Sure, the Canucks could find themselves in that conversation, but after two straight wins, the second of which came in somewhat commanding fashion, they’re not part of that conversation at this point in time.
In addition to Weekes’ report, Elliotte Friedman of Sportsnet revealed on the latest 32 Thoughts Podcast that Travis Green, Claude Julien, Alain Vigneault, and others, would like another shot at coaching when discussing the Toronto Maple Leafs’ current situation.
And with that, we’ll wrap up this edition of Around the League here at CanucksArmy!
Editorials
News
Recent articles from David Quadrelli