Scenes from skate: Canucks will have lineup changes as they wrap-up 2022 with a battle in Calgary against the Flames 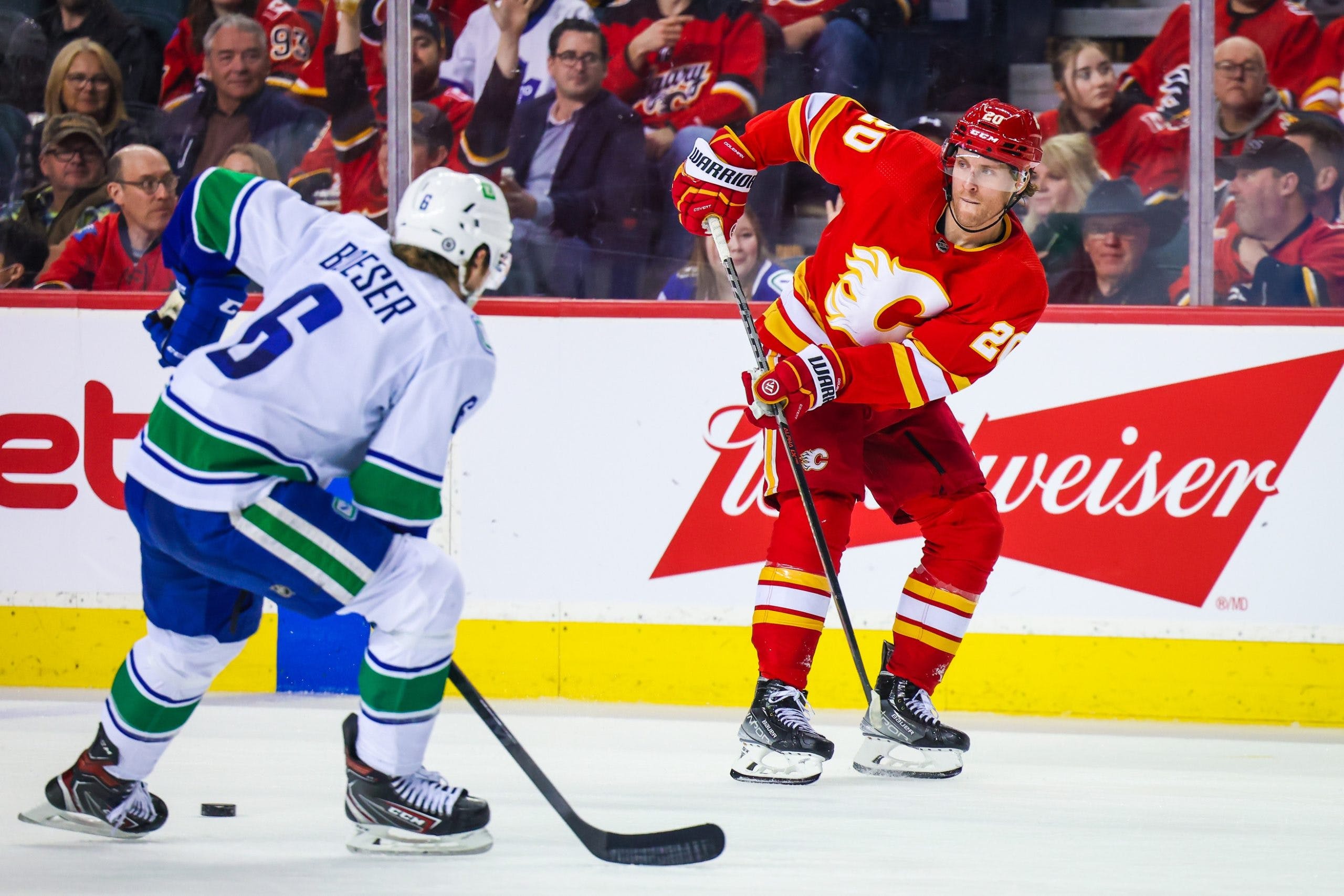 By Faber
1 month ago
Be sure to check out NHL betting odds site Betway for all the latest Canucks game day odds!
The Vancouver Canucks will wrap-up 2022 with a New Year’s Eve game against the Calgary Flames.
After going on a seven-game road winning streak, the Canucks fell to the Jets in Winnipeg on Thursday night. They now will have to lick their wounds and set their sights on a Flames team that sits in a loose hold of the final Wild Card spot in the Western Conference. The Flames have played good hockey at home this season, posting a 10-7-2 record, but have lost their last three home games — one being a 4-3 shootout loss to the Canucks back on December 14th.
This game precedent sets the stage for the Flames to control the possession at five-on-five and the Canucks will need to work extremely hard if they wish to have a shot at controlling this game at even strength. The Flames have had a positive control of shot attempts in seven of their last eight games — holding a 59.6% Corsi over that eight-game stretch. As for the Canucks, they have not held a positive control of shot attempts at even strength in any of their last five games and hold a 45% Corsi over the five-game stretch.
Away from the even-strength play, the Canucks’ penalty kill continues to struggle this season. They have given up nine goals over their last nine games and have a league-worst 67.3% efficiency on the penalty kill this season. The good news for the Canucks is that the Flames have not had a good power play this season, as they currently sit 24th in the NHL with a power play that is successful 19.5% of the time. The Canucks’ power play currently sits at eighth in the NHL with a whopping 25.9% conversion with the man advantage.

We are not at the rink, so instead of what we saw from the rink, we are going to talk about what we saw in some interesting numbers on which players have been hot or cold of late.
Tyler Toffoli and Elias Lindholm have been leading the way offensively for the past six games. Each of those two players has eight points over the Flames’ last six games. Toffoli has been the hottest Flame of late, with five goals over his previous six games.
After a slow start to the season, Jonathan Huberdeau is beginning to heat up. He’s got seven points over his last six games and is beginning to find some chemistry with Nazem Kadri.
Kadri has been the Flames’ most consistent shooter over the past 10 games. He has 37 shots on net and 68 shot attempts over his previous 10 games.
As for who has looked the most dangerous, it’s Toffoli, who has a 4.02 expected goals over the past 10 games.
Now for some Canucks stats.
Over the past 10 games, the Canucks have scored 38 goals, and Bo Horvat leads the way in scoring with seven goals over that stretch.
Elias Pettersson has been the points man, with 16 points in his last 10 games.
J.T. Miller leads the Canucks in shots over the past 12 games with 37 and Horvat leads in individual expected goals with 5.31 over the last 12 games.
Curtis Lazar has gone ice-cold, not having a point over his last 16 games. He skated in the top-nine over the past week but it wouldn’t be a surprise to see him move back to the fourth line pretty soon. Perhaps Jack Studnicka or Dakota Joshua will slide up to play with Conor Garland and J.T. Miller and we see Lazar go back to the middle on the fourth line.
Speaking of cold, that’s what the Canucks power play has been lately. They only have three power play goals over their last eight games and have seen 20 power play attempts through that stretch. That’s only a 15% success rate on the power play after clicking at 28.1% through their first 27 games of the season.

Head coach Bruce Boudreau spoke with the media on Saturday morning and talked about the season being not as crazy as the reporter’s question suggested.
“Not much craziness, we’re .500,” said Boudreau. “We started out 0-5-2 and now we’re .500. I don’t see a lot of the craziness, we’re a team that hasn’t lost more than three in a row at any given time and we haven’t won three in a row. We’d like to get more consistent in the second half of the season and if we do that, and can put a bit of a run together, we’ll be right there.”
Boudreau was asked if there are any lineup changes to the group and he said that he’s likely to “make a change or so”.
The Canucks lined up like this on Thursday.
Since this roster, Nils Aman has been sent to the AHL while Will Lockwood has been called up. Defencemen Riley Stillman and Kyle Burroughs are available as well as forward Sheldon Dries.
Spencer Martin is your expected starter while Jacob Markstrom is projected to be in net for the Flames.
The game is scheduled for 7:00 pm Pacific.
Editorials
Recent articles from Faber