Scenes from morning skate: Spencer Martin expected to get the start, Kyle Burroughs slots back in vs. Avalanche 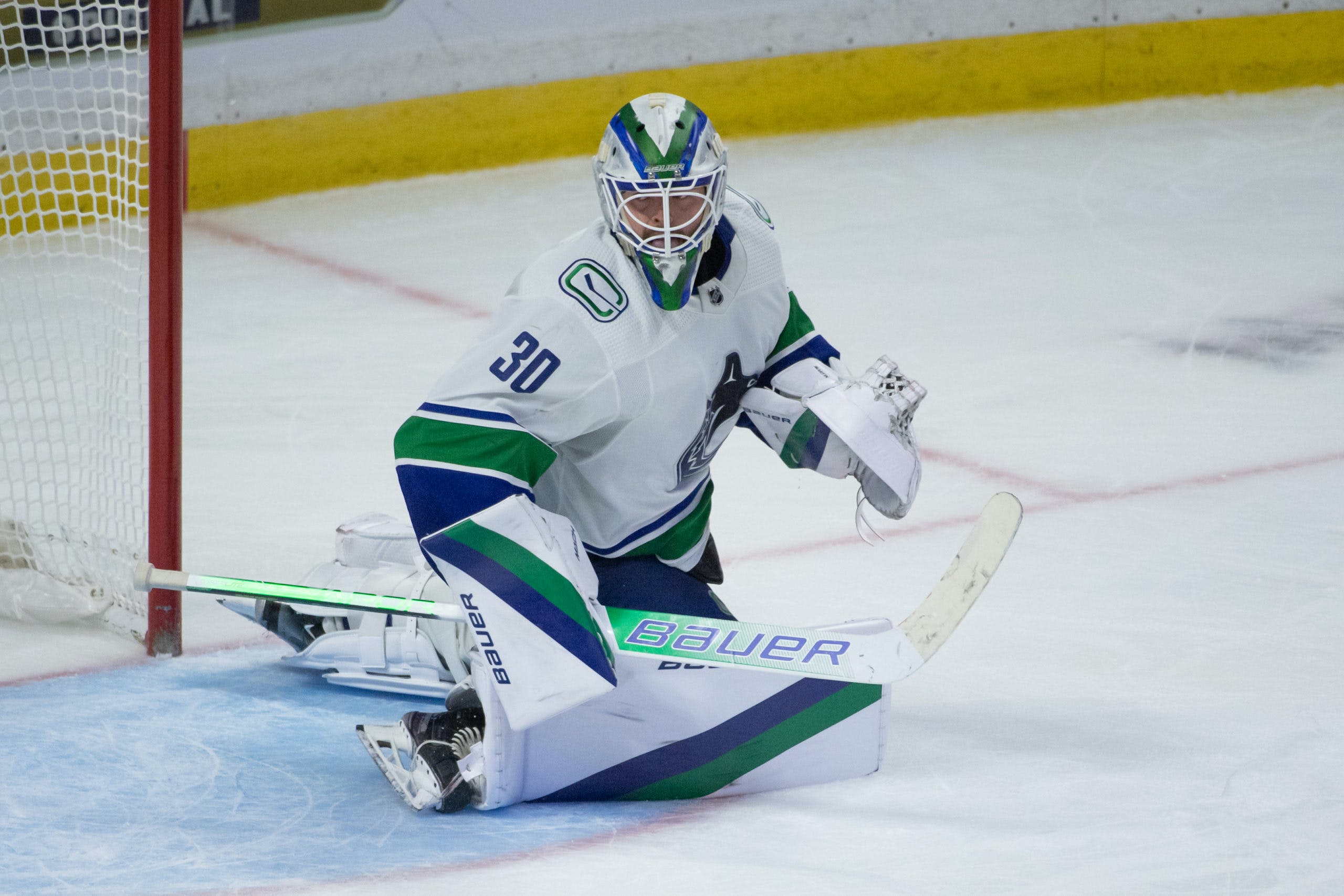 By David Quadrelli
2 months ago
Welcome to scenes from morning skate brought to you by NHL lines site Betway!
Bruce Boudreau actually did it.
After saying that people shouldn’t read into the new-look lines the Canucks rolled out at practice yesterday, it actually appears that they’ll be different tonight.
Almost every NHL coach in history says not to read into their morning skate lines. And in almost every instance, reading into their morning skate lines gives you their lineup almost exactly.
But we have to hand it to Bruce. He put up the typically transparent smokescreen yesterday, and actually stood by it. Folks, we’ve got new Canucks lineup notes ahead of Wednesday night’s tilt in Colorado.

Shoutout to Patrick Johnston for braving the elements and tweeting out the lines from Ball Arena. Here are the Canucks lines, according to PJ:
PJ also tweeted this update, indicating that Spencer Martin will get the start tonight instead of Thatcher Demko. The only other NHL team Martin has appeared in games for is the Colorado Avalanche, but he’s a different goalie now than he was back then.
Martin never picked up a win through three games with the Avs back in 2016-17, but since getting back to the NHL last season with the Canucks, Martin has a record of seven wins, three overtime losses, and just one regulation loss.
Kyle Burroughs getting back into the lineup is something it feels like fans have been calling for basically anytime he’s been taken out of it. Riley Stillman has been regularly playing over Burroughs, but the two will swap places tonight, it would seem.

Here’s how the Avalanche are expected to line up tonight.

Bruce Boudreau talked about the similarities he sees between the Avalanche and Vegas Golden Knights to, who his Canucks lost to on Monday night.
“Personnel,” Boudreau said. “Eichel, MacKinnon, two very good players. Girard’s playing tonight so their defence might be a little quicker, their defence may be a little more up the ice than Vegas’s. Their speed is great through the lineup, they’re strong, and they’re a really good team. That’s why they won the cup.”
It’s true. Although the Avalanche haven’t gotten off to the start they likely would have hoped for, they’ve won three straight and are 7-3 in their last ten games. It’s not going to be an easy game for the Canucks tonight, by any means.
Luke Schenn talked about the challenge at hand for his team tonight against the Avs.
“They’re similar in terms of top-end talent,” said Schenn when comparing Vegas and Colorado. “Vegas has got Jack Eichel and these guys have got Nathan MacKinnon and a great supporting cast. Cale Makar, Rantanen, and all these guys. They’re elite as far as high-end skill and they’re deep. You look at them, they’re all winners and they play the right way. They’re a deep lineup and it’s obviously a tough building to play in as well.”
Puck drop between the Avalance and Canucks is at 7 PM Pacific tonight.
Editorials
Recent articles from David Quadrelli