Scenes from Canucks practice: Studnicka with Horvat and Miller, Bear and Hughes partnered on the blue line 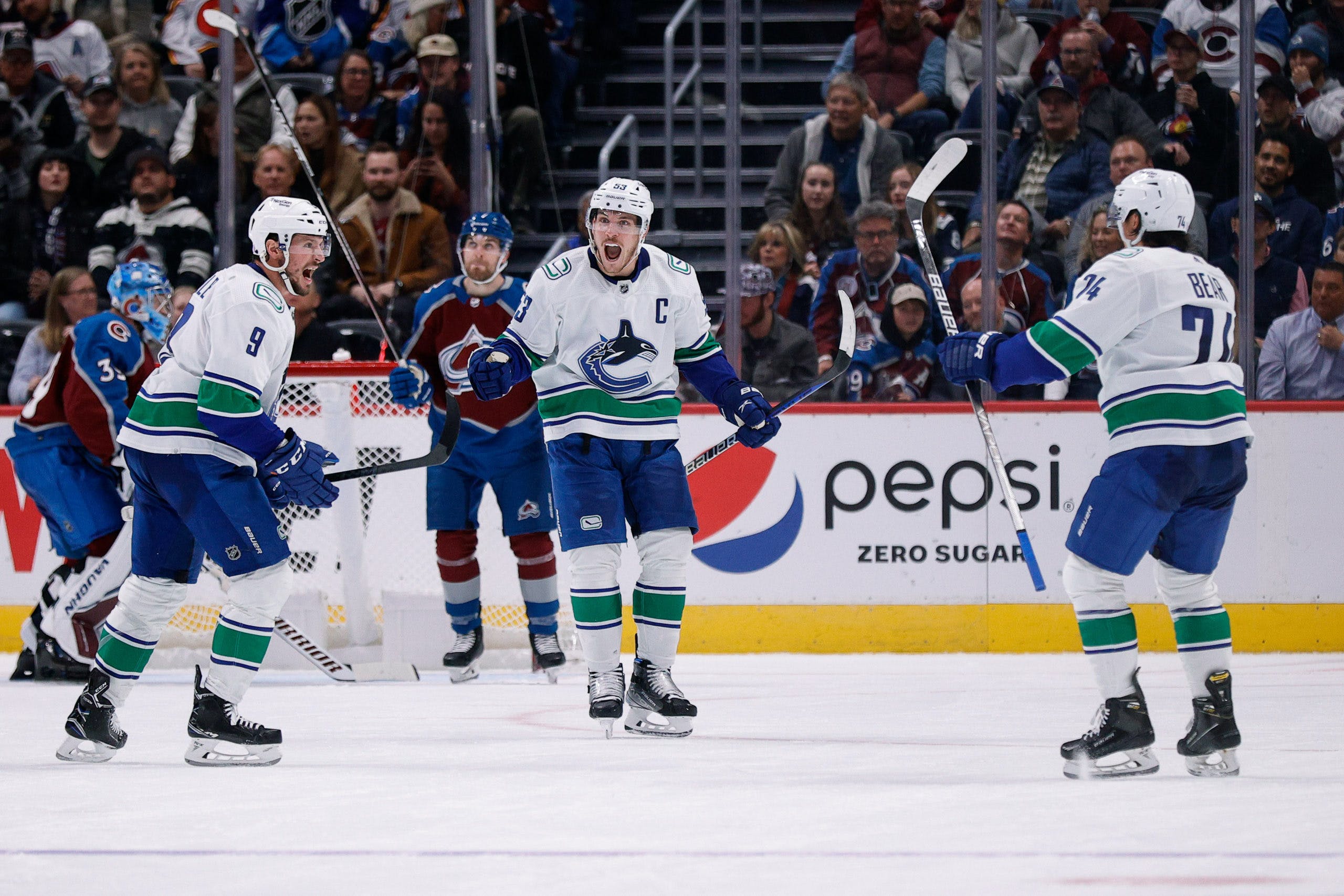 By Lachlan Irvine
1 month ago
Be sure to check out NHL betting odds site Betway for all the latest Canucks game day odds!
The Vancouver Canucks were back on the ice today ahead of their trip to Calgary to face the Flames on Wednesday. But you’d be forgiven for not noticing, given the big statement that dropped during practice.
Bo Horvat’s statement might’ve taken the spotlight off the ice, but a surprising new linemate appears to have taken centre stage next to him on the ice.
Let’s check out the lines!

SCENES FROM PRACTICE PRESENTED BY BETWAY

J.T. Miller talked about the extra practice time the Canucks have had over the last week and the benefits that come with it.
“We’re enjoying a couple of extra practice days and hopefully feel a lot rested up for tomorrow,” Miller said. “Obviously getting more reps in practice is going to help because we have a lot of stuff to work on.”
Miller also talked about what Studnicka brings to the table. “He’s just a straight line player and he’s got skill. He adds a lot to our team.”
After talking about his future with the Canucks, captain Bo Horvat discussed his team’s first matchup of the season against the division rival Flames.
“Obviously we know what they’re all about and and how they play. A big, strong, heavy team and are really good defensively. So we gotta bring our best tomorrow night,” Horvat said. “It’s gonna be a tough challenge for us, but I think we’re up for it.”
Horvat was also asked about former Canuck Chris Tanev’s freak injury sustained last night. “I sent him a text last night and he said he was doing a lot better and he’s obviously feeling better. So I’m happy he’s going to be okay and then hopefully he’ll get back in the lineup soon.”
The Canucks and Flames face off Wednesday night at 7:00 PM Pacific.
Editorials
Recent articles from Lachlan Irvine