Ryan Kesler on his 2014 confrontation with John Tortorella, Canucks departure, health, and more 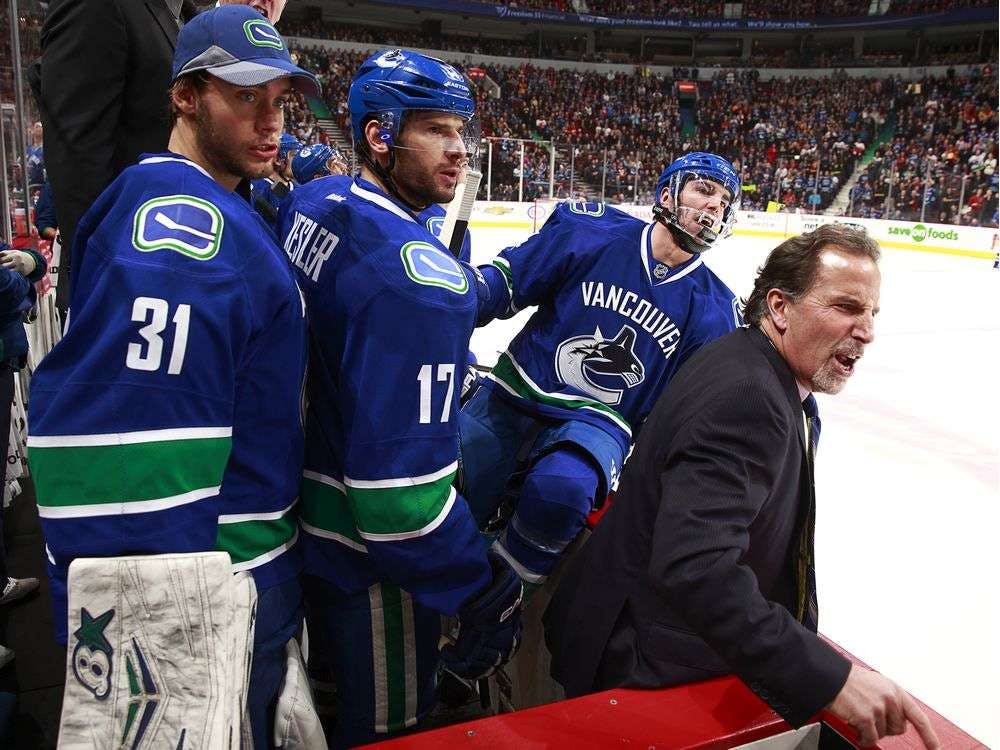 By Noah Strang
1 month ago
Former Vancouver Canuck Ryan Kesler made an appearance on the hockey podcast Spittin’ Chiclets earlier this week.
Kesler spent the majority of his career with the Canucks and gave his all to the team, though left on a bit of a sour note. Despite that, most Canucks fans still adore Kesler for his effort level and achievements with the team. When the American-born centre walked into Rogers Arena to celebrate the Sedin Twins’ retirement, he was greeted with loud cheers from the Vancouver fanbase.
Ever since his playing days, Kesler has never been known as someone afraid to speak his mind. No matter if it was during a scrum on the ice or on the brief-lived “Kes and Juice podcast”, he’s always been outspoken and that’s why he makes such a great podcast guest. During this appearance, he touched on a number of interesting topics including many stories from his playing days in Vancouver.

One of the highlights of the interview was a story that Kesler told from his time in Vancouver under head coach John Tortorella. While “Torts” tenure in Vancouver was short, it was far from uneventful. Kesler told the story of the time that he and the head coach almost got in a fight in front of the team.
This particular incident came after the Canucks had lost 5-0 on the road and Kesler says he was singled out by the old-school coach in the video review. This led to a verbal altercation that almost turned into blows.
“We just went back and forth and then he throws a tantrum, throws the remote, and leaves. I had a bunch of young guys coming up like ‘that’s the best thing I’ve ever seen’ cause no one stands up to the guy. Everyone respects him but they’re also scared of him,” said Kesler when describing the incident.
“So he comes onto the ice and I’m skating around and he shoves me on the ice. And I’m like ‘holy s*** we’re doing this right now, I’m going to fight a coach. That’s going through my mind.”

Painkillers in the NHL

A topic that Kesler has been upfront on during his post-playing days has been the use of painkillers and medication in the NHL and the effects that they had on his body. Always known as a warrior and someone that would play through pain, he had to deal with the repercussions of those decisions years down the line.
One of the more serious consequences that Kesler suffered from his painkiller usage during his playing days was Crohn’s disease,
“Do I wish I wouldn’t have ended up taking so many pills to give myself Crohn’s? Absolutely. But you take the pills to be able to play,” he said on the podcast. “It’s something that I did, it’s something that the team allowed me to do. I wish I was better educated about it. I wasn’t.”
The rampant use of painkillers across not only the NHL but all professional sports is an open secret that stays relatively unacknowledged. With more players like Kesler making the effort to speak up about the negative consequences, it seems likely that this develops into a hot-button issue sooner rather than later.

Every Canucks fan remembers Kesler’s departure from the city, a messy ordeal that tainted his image with the fanbase in some ways. During this interview, Kesler managed to give some additional context over what happened during that time period that helps explain what was going on.
Kesler explained that he was told by a higher-up in the organization to not tell the media that he had requested a trade to Anaheim. Thus, he says he was forced to lie to the fanbase when asked about the topic, however he claims he was just following orders from above.
If you want to hear everything that Kesler had to say, the interview can be found on Youtube or Spotify under episode 412 of Spittin’ Chiclets.
News
Recent articles from Noah Strang