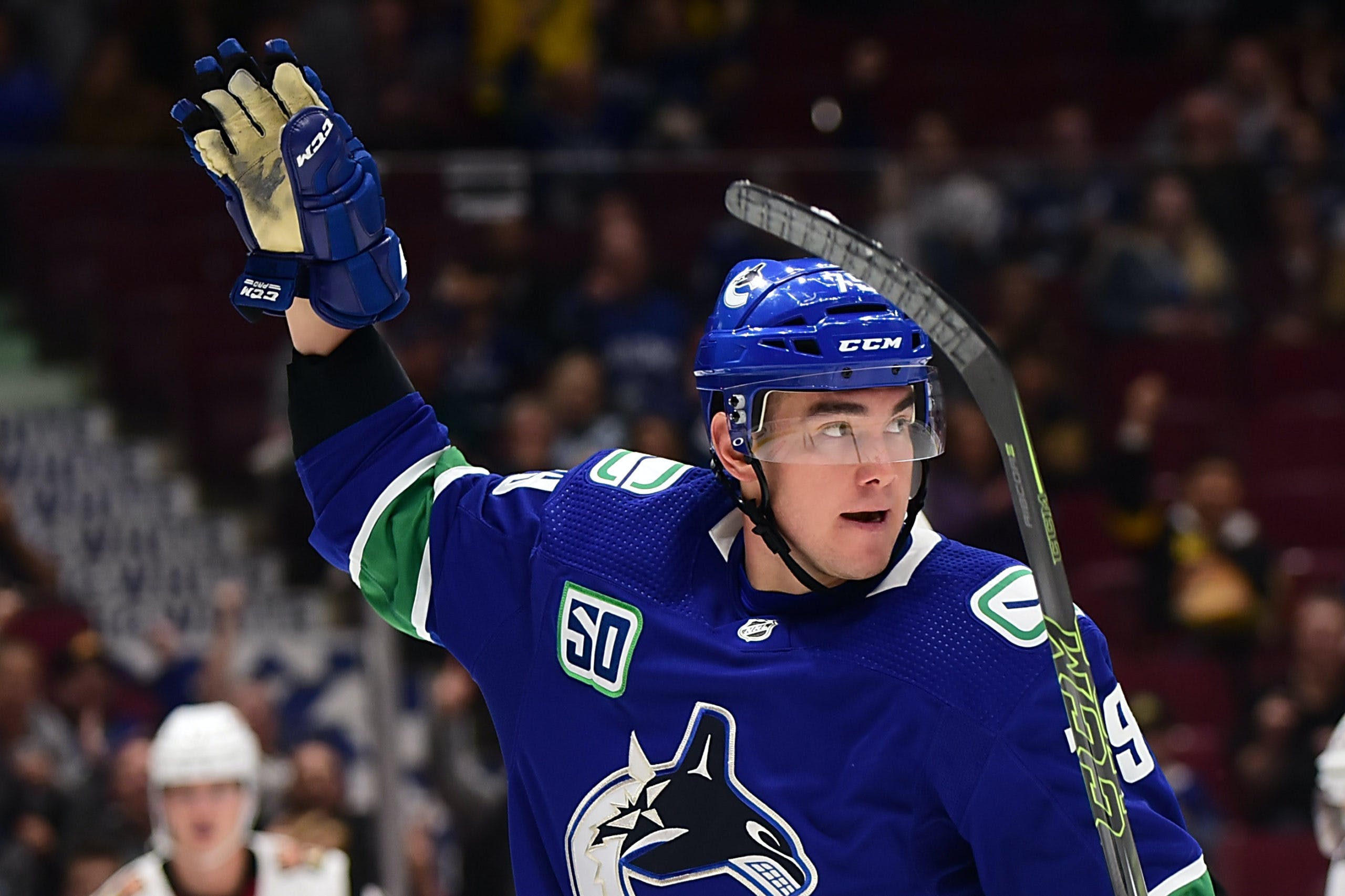 By David Quadrelli
3 months ago
Micheal Ferland could be on the move.
What we should say is that the contract of Micheal Ferland could be on the move.
Ferland, who signed a four-year contract with the Vancouver Canucks in the summer of 2019, hasn’t played since the 2019-20 season, when he appeared in 14 games for the NHL club and one for the AHL squad.
Ferland dealt with concussion issues prior to signing with the Canucks, and those same issues reared their ugly head early into his tenure with the club.
And now, with one year remaining on his contract that the Canucks are paying in full, the club is engaging teams who may be interested in taking Ferland’s contract off their books.
This, according to Frank Seravalli on the Daily Faceoff Live show:
“It’s not exactly one that’s eating up cap space, but when you consider the ramifications that come with having your team operate in LTIR, the Vancouver Canucks have in recent days and weeks have been efforting to move the contract of Micheal Ferland.
“Now, he’s in the final year of his deal, we know that he’s not coming back to play,” explained Seravalli. “His cap hit is $3.5 million and his real cash owed to him this season is $2.75, so they’ve been in touch with some other teams that either have had injuries in training camp to this point or are already operating in LTIR and might be able to use a little bit of a boost.
“The thing with Ferland’s contract though, that I think has gotten in the way of some of this, is that because Ferland is out with injury, it’s not insured, so whoever’s picking up that deal would be paying the full $2.75 million in real cash.
“The Canucks are obviously trying to get rid of it because they don’t want to pay that and they don’t want to operate in LTIR, so they’re probably going to have to pay a little bit to move it, but we’ll see how that unfolds. Maybe there’s a team out there that says you know what, this is a situation that might benefit us a bit to be operating in LTIR if we are starting the season with some short term injuries that may not last the whole year, that would give us a little bit of a cushion.”
By operating in LTIR, teams have the ability to essentially increase their cap ceiling. This is something the Vegas Golden Knights have already done plenty in their short history, with cap space more valuable than ever in a flat-cap environment.
For a further explanation of LTIR and its usefullness to teams, click here.
More to come.
News
Recent articles from David Quadrelli