Report: Rick Tocchet close to signing with Canucks, could be bringing two assistants with him 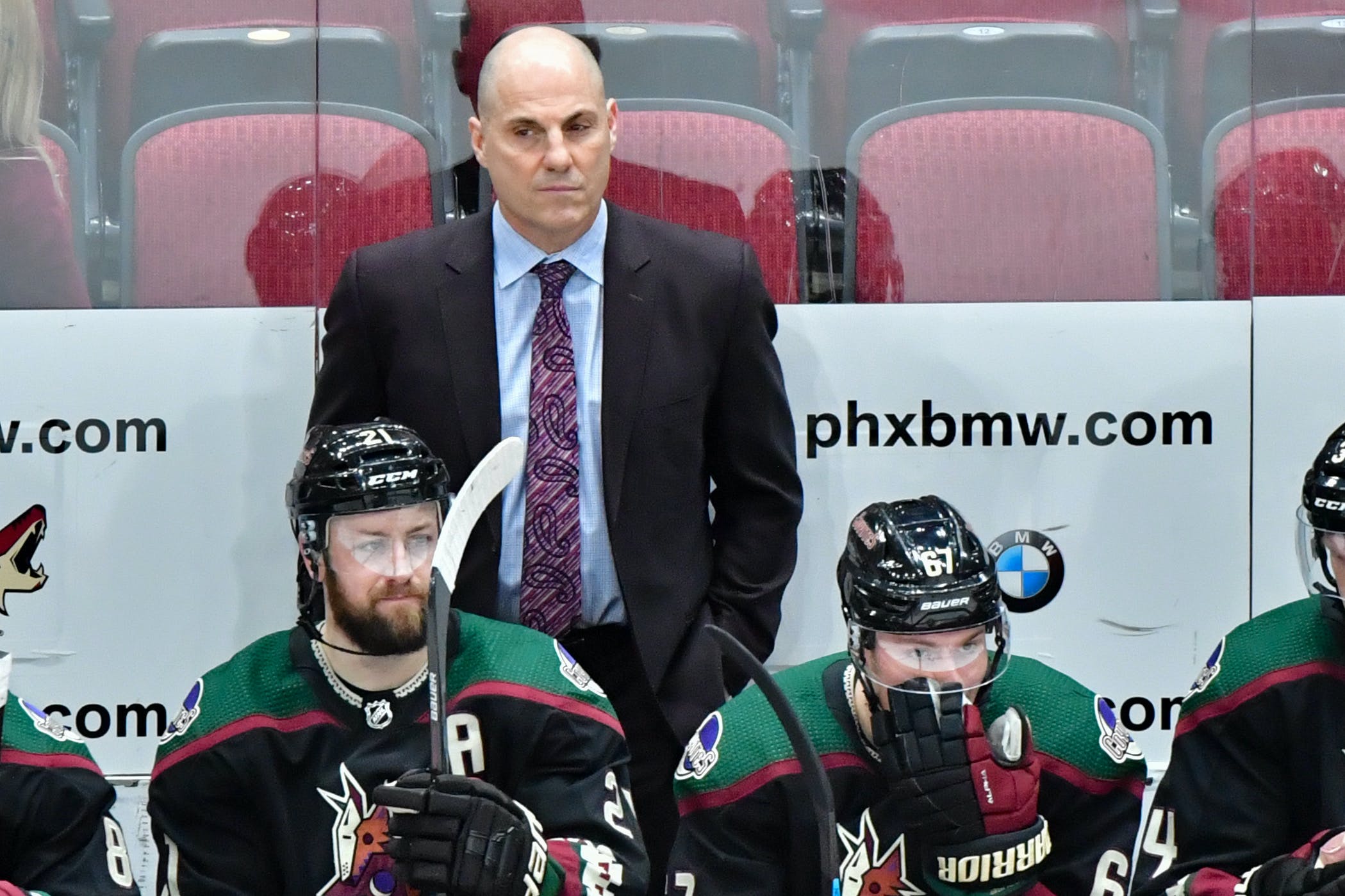 By David Quadrelli
10 days ago
It appears that Bruce Boudreau may not be the only coach the Canucks are preparing to dismiss.
On Thursday’s edition of TSN’s Insider Training, Chris Johnston reported that Tocchet — who yesterday said he “hasn’t signed anything” — is expected to agree to a deal with the Canucks soon.
“It sounds as though negotiations have started on that deal, that Rick Tocchet will probably arrive in Vancouver with a couple additions to his coaching staff as well,” Johnston said. “Of course, nothing’s officially done one hundred percent until pens have been put to paper. That hasn’t happened yet, but it does sound as though it’s getting very close.”
Speculation has continued to grow this week that Tocchet taking over behind the Canucks’ bench for Bruce Boudreau is all but a done deal. When asked about Tocchet by name during Monday’s press conference, Canucks president Jim Rutherford didn’t deny that the Canucks had spoken to Tocchet. Instead, he said that they have talked to many people but that right now, Bruce is the head coach of the Vancouver Canucks.
Tocchet has a history with Patrik Allvin and Rutherford, as Tocchet won two Stanley Cups with the Pittsburgh Penguins as an assistant before taking the Arizona Coyotes’ coaching job. A report from Sportsnet’s Elliotte Friedman linked Sergei Gonchar — the man who replaced Tocchet as an assistant in Pittsburgh — to the Canucks’ coaching staff, but it’s unclear exactly what Gonchar’s role could be.
On top of Gonchar, Friedman also floated out Richard Matvichuk’s name as a potential assistant coaching candidate. Currently, Mike Yeo, Trent Cull, and Jason King, serve as Boudreau’s assistants behind the Canucks’ bench.
If and when Tocchet is hired by the Canucks, it will be Tocchet’s third run as an NHL head coach, with previous stops in Tampa Bay and Arizona. Tocchet most recently coached the Arizona Coyotes from 2017-18 to 2020-21 before taking a job as an analyst on the TNT. Tocchet has a career record of 178-200-60 as an NHL head coach.
More to come.
News
Recent articles from David Quadrelli