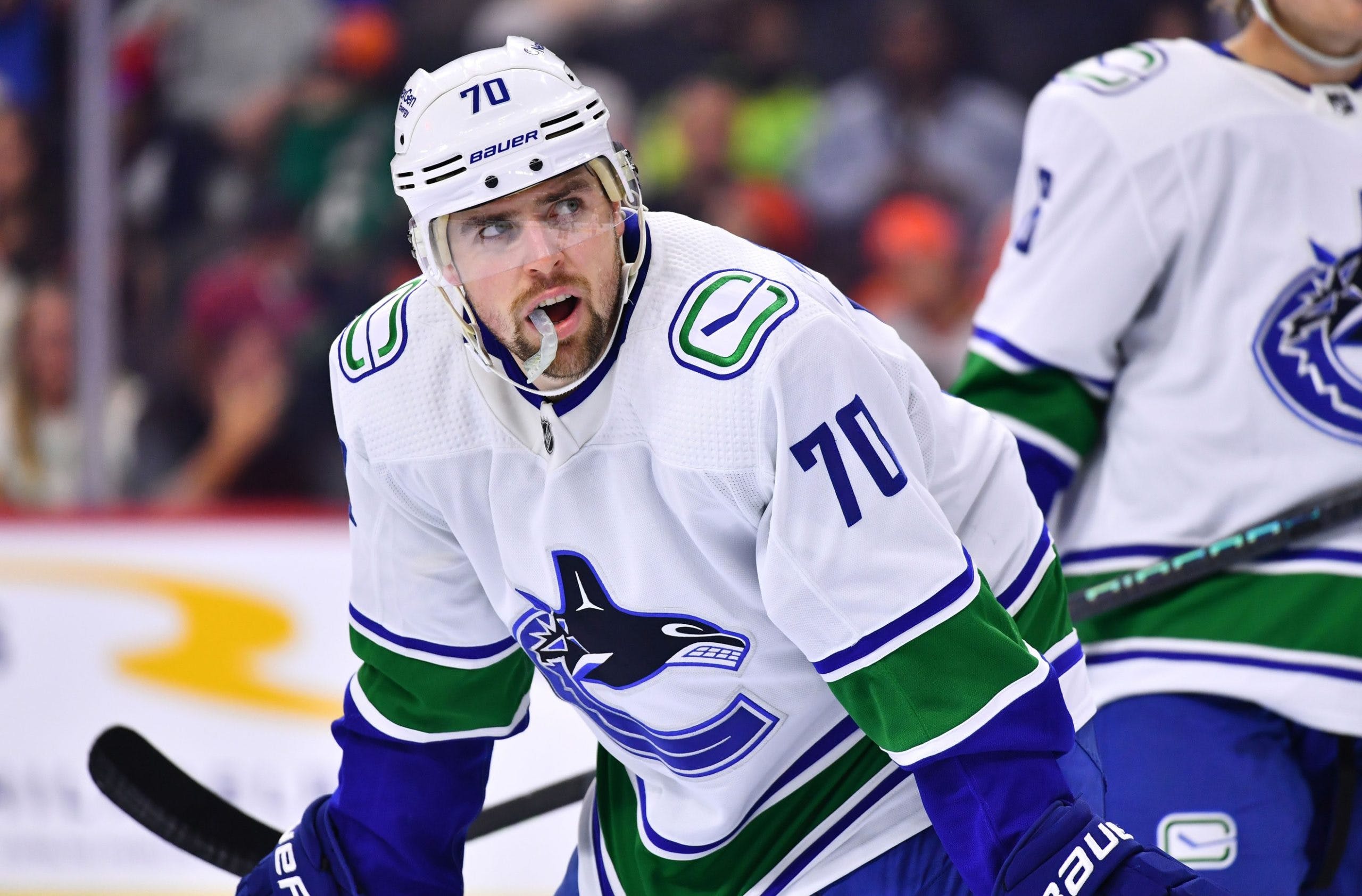 By David Quadrelli
22 days ago
There’s no guarantee that Tanner Pearson will be able to play next season, according to Rick Dhaliwal of Donnie and Dhali — The Team.
“Here’s what I know on Tanner Pearson,” said Dhaliwal. “November 9th, he suffered a broken hand in Montreal and was supposed to be out four weeks and now it’s six months — and that’s only if everything goes right it’s six months. He had two setbacks. I was told last night some say Pearson has already had three to four surgeries already. He is not done with more work on the hand. Yes, it’s possible more surgeries. There also seems to be an infection that is causing problems as well. Could it be career-threatening? We don’t know that yet. But I’m told there is no guarantee that Tanner Pearson will be back next season. It is a significant injury.”
The update from Dhaliwal comes a day after the Canucks announced via Twitter that Pearson was done for the year after undergoing surgery on Wednesday. A follow-up tweet two hours later was sent out by the Canucks, stating that this was the second procedure for Pearson since his original surgery in November.
After the Canucks’ 5-4 loss to the Tampa Bay Lightning last night, defenceman Quinn Hughes said that Pearson’s injury “wasn’t handled properly.”
“I feel bad for him. I mean, it wasn’t handled properly and you know, it’s not really a good situation he’s got there and hopefully he’s going to be alright,” Hughes said, according to Postmedia’s Patrick Johnston.
The Canucks have declined to comment on the situation at this point in time, and Tanner Pearson’s agent Joe Resnick has said the same, according to Dhaliwal.
In the latest edition of the 32 Thoughts Podcast, Sportsnet’s Elliotte Friedman corroborated the report from Dhaliwal that it’s possible Pearson may have to have more surgeries.
More to come.
News
Recent articles from David Quadrelli