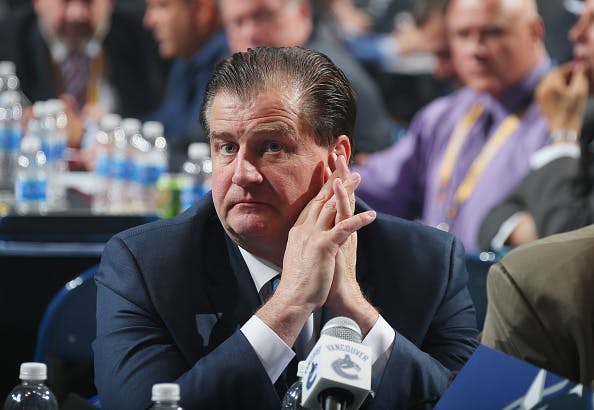 By David Quadrelli
1 year ago
The Vancouver Canucks have started contract talks with 2021 second-round pick Danila Klimovich, according to Rick Dhaliwal of Donnie and Dhali – The Team.
The Canucks selected Klimovich 41st overall during the draft this weekend. It was originally thought that the 18-year-old Belarusian centre would decide between either playing in the KHL with Dinamo Minsk or in the QMJHL this upcoming season, but the Canucks are interested in getting him to B.C. as soon as possible.
And Klimovich is just as interested in coming out here, too.
“We will see in camp,” Klimovich’s agent Dan Milstein told CanucksArmy when asked if his client is NHL ready. “Hopefully we have a deal together in no time.”
The goal for Klimovich would be to come to camp and surprise everybody by cracking the roster, but the more likely scenario is that he’s sent to Abbotsford to further develop his game at the AHL level.
We will keep you posted as these contract talks progress.
Uncategorized
Recent articles from David Quadrelli