Report: Canucks forward Conor Garland’s name has been brought up in trade talks 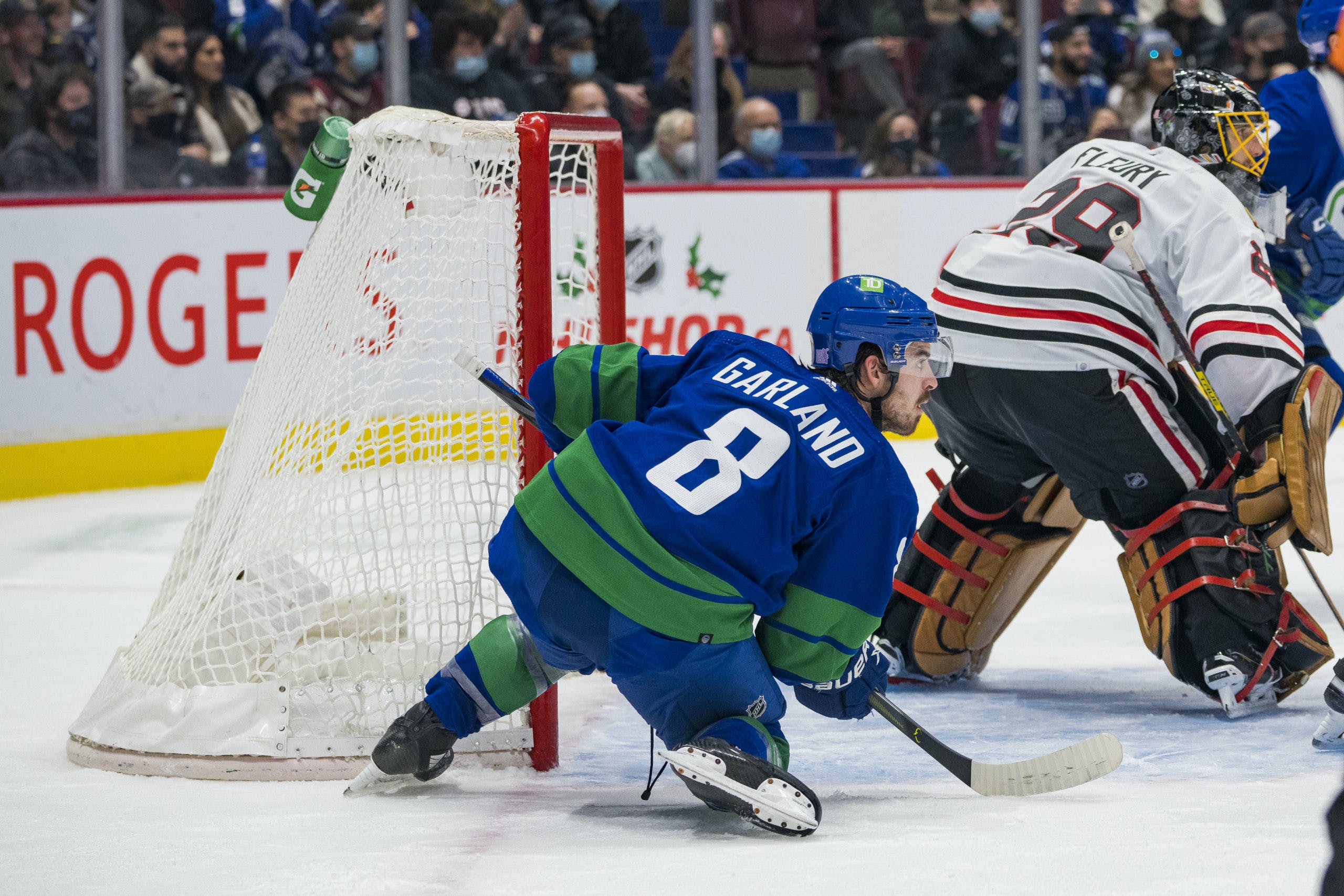 By David Quadrelli
10 months ago
Vancouver Canucks forward Conor Garland’s name has been brought up in trade discussions, according to Elliotte Friedman of Sportsnet.
It’s been long-reported that president Jim Rutherford’s list of untouchables is rather short, and may very well only consist of Quinn Hughes, Thatcher Demko, and maybe one or two forwards — but nothing appears truly off the table.
Here’s what Friedman had to say during the first intermission of last night’s game on the Hockey Night in Canada broadcast.

“Jim Rutherford has put together his front office, he’s almost finished, there still could be some more hires. Now he’s getting down to business talking about potential trades with the rest of the league. There’s been a lot of rumours about JT Miller, but I think it goes deeper than that. I think the Canucks have a number of their forwards that they’re discussing with other teams around the league. I don’t think Pettersson is part of this. I don’t think Horvat is part of this, but I think some other players and notable ones are part of this, including Conor Garland. You’ve heard some of the rumours — the Rangers, Boston Calgary — but I think New Jersey is in there too potentially on some players who could have term and team control. It’ll be worth watching. We know Jim Rutherford isn’t shy, and I think he’s beginning to get going on what he’s going to do to reshape the Canucks.”

Like Miller, Garland is a cost-controlled asset that is on a good contract for the next four seasons, so it’s no surprise that teams are calling the Canucks about his availability.
More from CanucksArmy:
Uncategorized
Recent articles from David Quadrelli