Report: Canucks forward and pending UFA Alex Chiasson could be signing in Switzerland 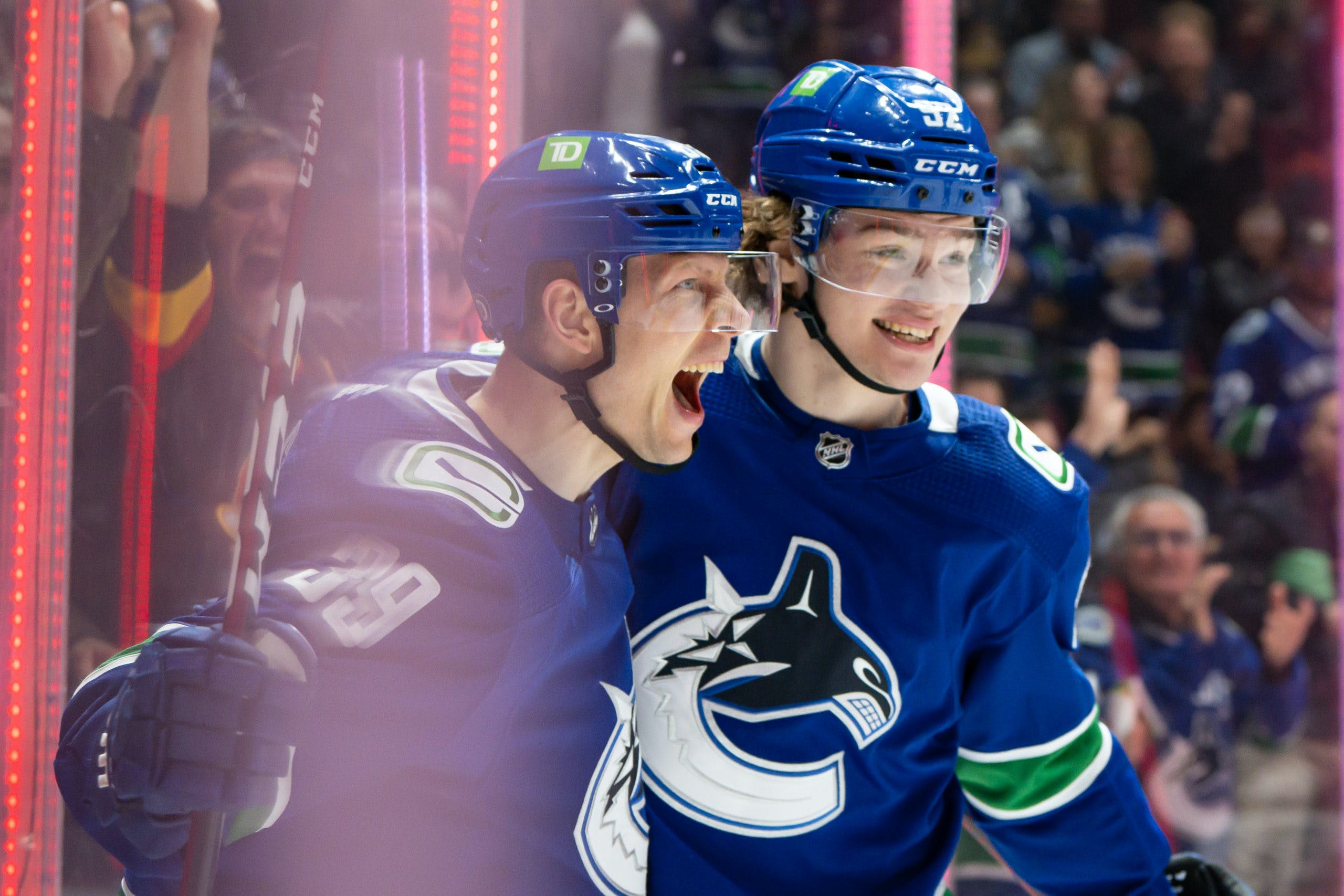 By David Quadrelli
8 months ago
Update: Alex Chiasson’s agent Pat Morris has said the reports from today regarding his client signing in Switzerland are not true. You can read about that by clicking here.
Alex Chiasson could be headed to the playground of Europe.
The pending UFA forward, who appeared in 67 games for the Canucks after signing a PTO in training camp, could be signing with HC Lugano, a club in the top Swiss league, according to a report from Omar Gargantini of Swiss broadcaster RSI.
This tweet — very roughly, we might add — translates to:

The 31-year-old Canadian striker Alex Chiasson could be the sixth foreigner of the @OfficialHCL this year in Vancouver. We will know more soon.

Chiasson tallied 13 goals and nine assists this season with the Canucks, and was a mainstay on the club’s first power play unit.
He caught fire toward the end of the season, which had many fans hoping that the Canucks would be able to re-sign Chiasson at or near league minimum to once again provide secondary scoring on the cheap.
Chiasson, 31, has played in the NHL since 2012-13, and hasn’t been out of the league at any point since.
Canucks president Jim Rutherford didn’t comment much on the reports, telling Rick Dhaliwal of Donnie and Dhali – The Team that the club “will not make a decision on him until after free agency.”
More to come.
More from CanucksArmy:
Quick Hits
Recent articles from David Quadrelli