Projections and insights into the Vancouver Canucks’ three NCAA prospects 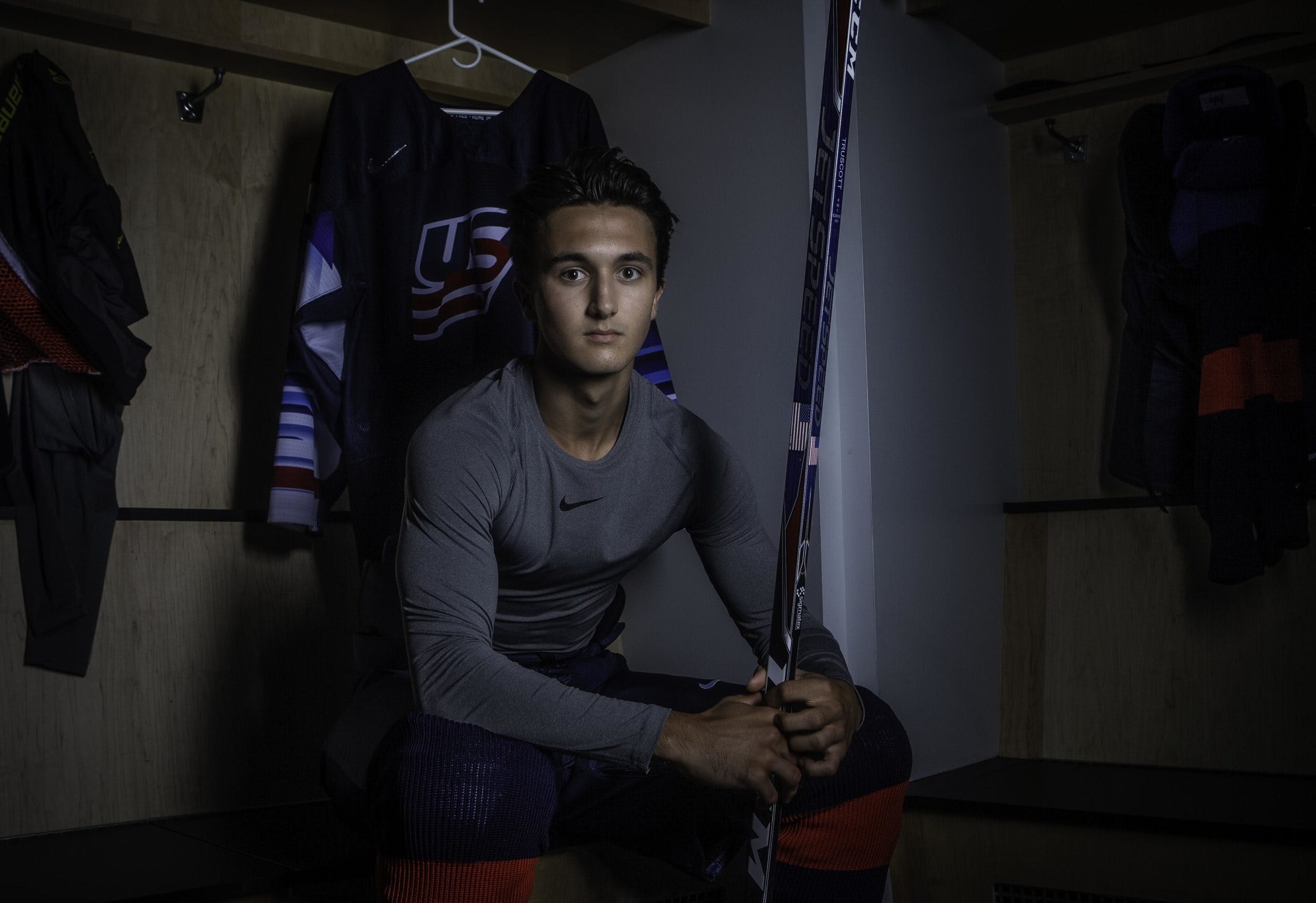 By Faber
1 year ago
The Vancouver Canucks will have three of their prospects playing in the NCAA this season and each is in a very different situation with their team.
Each of these prospects will be playing in big games this season and will draw national attention for different reasons. One is making a comeback to the NCAA after having to go back to the USHL after COVID-19 cancelled his season; one is going to play on arguably the best NCAA team we have seen in years; and the final one has an outside chance to be the top goal-scoring player in the nation and battle for the Hobey Baker award.
Let’s dive into the three prospects and check in on what their situations are and project what we can expect to see from their 2021-22 seasons.

First up is Jack Malone, the Canucks’ sixth-round pick from the 2019 draft. Cornell cancelled their 2020-21 season and therefore meant that Malone had to find somewhere else to play out his hockey season. He elected to go back to the USHL and scored at near a point per game pace with 41 points in 44 games.
This may not look good on Malone as he was over a point per game player in the USHL two years ago as a 20-year-old. The big difference was that this past season, the Youngstown Phantoms sucked so bad. Last season, the Phantoms went 12-30-7 and were the worst team in the USHL with the lowest goals per game in the league.
Malone led his horrible team in scoring and is likely happier than a mosquito at a music festival. He will join a Cornell team that is primed to be a strong competitor in NCAA hockey. Cornell had a remarkable 2019-20 season and has a handful of difference-makers returning for this coming year. Malone will be one of those difference-makers as he is expected to be one of the top-six wingers who may also play some centre if the team wants to add depth.
He has been on campus for over a month now and says he is all settled into his house and is excited about practicing with his teammates and coaches in the next few weeks.
Though he is a bit of a forgotten Canucks prospect, this fall he will have a chance to draw our eyes back in on him and there was a lot that we liked about his game before his dreadful season in 2020-21.
That’s a long thread of Malone highlights from the 2019-20 season if you want to dig into it.
He’s got a good scoring touch and is strong around the net. As he moves into his junior season we hope to see some power play time and with that, some more NCAA goals for him. He’s got a good look to his play and it feels like he may shoot back onto our prospect radar if he has a good season with Cornell.
My projection: 27 games played, 10 goals, 11 assists.

When you look around the NCAA men’s hockey landscape, one team stands out more than the rest and that squad is the ultra-talented Michigan Wolverines. They are absolutely stacked from top to bottom with NHL prospects at every position.
Jacob Truscott was selected in the fifth-round of the 2020 draft and played in 26 games last season with Michigan. He was used primarily on the bottom-pairing but did see time on the penalty kill. Killing penalties was something new for Truscott as he always thought he was more of an offensive defenceman. He had to make a transition to becoming a strong two-way defenceman to get ice time at Michigan. Not only has he changed his play style, Truscott also told CanucksArmy that he is comfortable playing either side of the defence as long as he is helping the team.
Truscott is coming off a summer where he competed with USA’s split-squad World Junior team and though he believed the tournament could have gone better, he did appreciate the recognition from USA hockey to invite him to the camp.
Next season is going to be a difficult one for Truscott. With the addition of Luke Hughes and the return of Owen Power, the left side defence is locked in, but Truscott is trending towards being either a right-side defenceman in the top-four or a bottom pairing left-side defenceman.
Either way, this is just a set-up year for Truscott. We will definitely keep an eye on him but a lot of his game is going to be about developing as a more defensively sound defenceman.
The tape will let us know if his defensive game has improved but I don’t expect to see too many points from him in 2021-22.
My projection: 25 games played, one goal, eight assists

The third prospect who will be playing in the NCAA this season has a real chance to turn some heads. After a solid freshman and sophomore season at Northeastern, Aidan McDonough is set to help lead the offence of one of the best teams in the nation.
The Huskies have a veteran group that has grown up together at Northeastern. What was once a very young team full of freshmen in 2019-20, is now a program that features a core that is two years older and are now a bunch of talented juniors.
McDonough is the offensive horse that pulls the carriage at Northeastern. He will be relied upon to be the trigger man on their first power play unit and will likely come close to or exceed double-digit power play goals this season.
After working with a power skating coach for the first time in his life and seeing a night-and-day difference in his stride, he is expected to drive play even more at even-strength this season. We all know about how good his shot is and this year he will look to round out the weaker parts of his game and take his scoring to new heights with the Huskies.
As for where he will play in the lineup, expect McDonough to be a first line winger for the Huskies while playing the right half-wall on the power play. His snipes will be on highlights all throughout social media and Northeastern is already giving him some off-ice air time to boot.
This is the first season where he will be a part of the leadership group as he was named an assistant captain in the offseason.
McDonough is primed to push as one of the top scoring players in the nation and if his season goes the way that many expect, the Canucks will come calling at the conclusion of his junior year as they hope that he will sign his entry-level contract and turn pro.
The only thing that can slow down McDonough and his scoring ways is an injury. At 6’3” and over 200 pounds, he has the body to get through tough battles and hard hits. As my old football coach used to say, he will look to be the hammer and not the nail.
There are high hopes for McDonough this season as he has shown very well in his first two years of NCAA hockey. If he is able to put up 15-25 goals while adding 12-22 assists, the Canucks are almost guaranteed to throw everything they can at McDonough to entice him to go pro. Luckily, one of his childhood best friends will be a part of the Vancouver Canucks next season as Jack Rathbone is on target to play in the NHL next year. Rathbone and McDonough grew up playing hockey together and that relationship may help bridge a deal for McDonough to join the Canucks and finish the 2021-22 season in the NHL or more likely the AHL.
My prediction: 29 games played, 20 goals, 11 assists
We will continue to follow each of these prospects as they work their way through the NCAA season. CanucksArmy is your home for Canucks prospects coverage.
Uncategorized
Recent articles from Faber 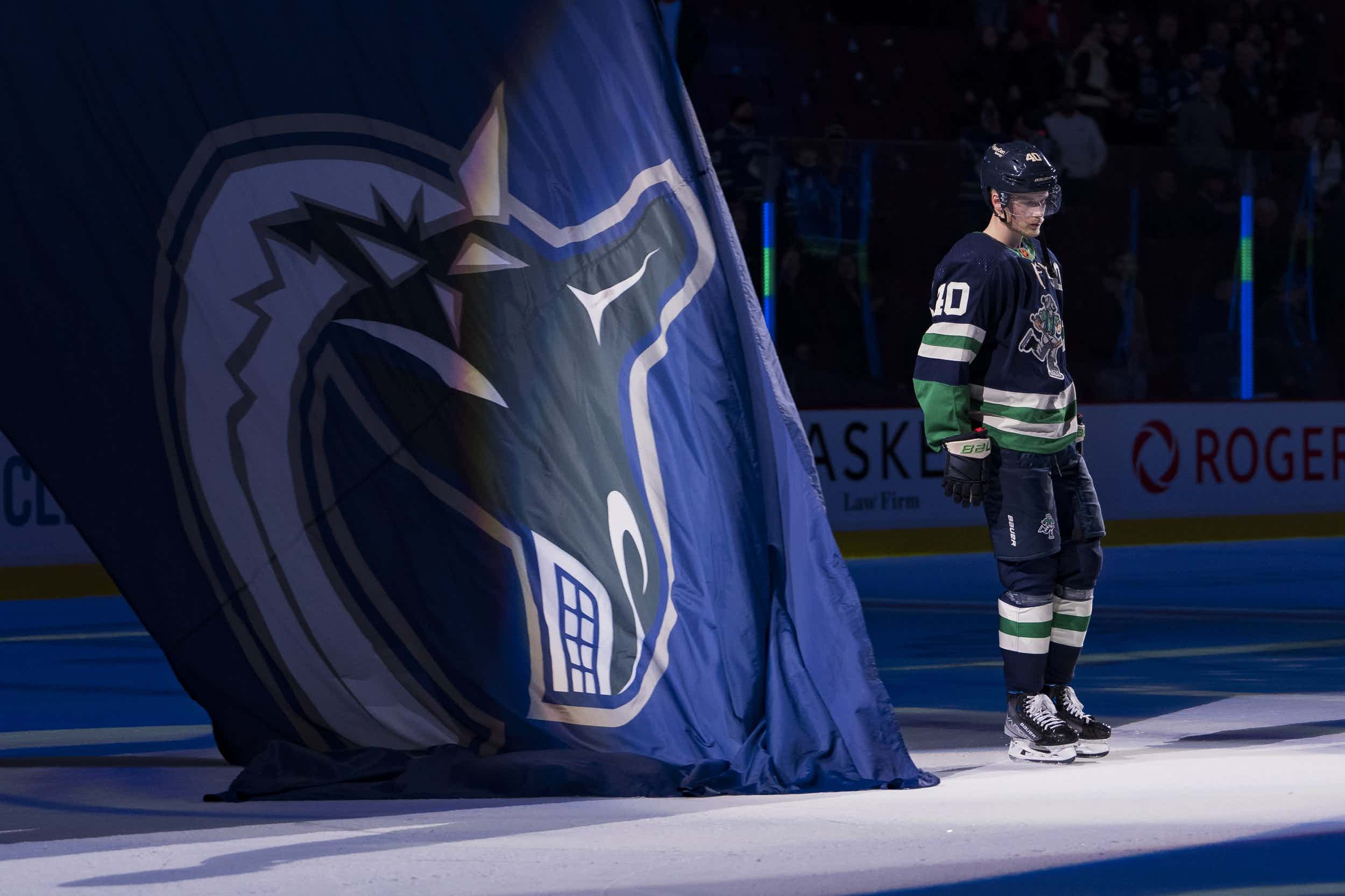