On and off-ice feuds dominated the 2022 story for the Vancouver Canucks, and that doesn’t reflect well on anybody 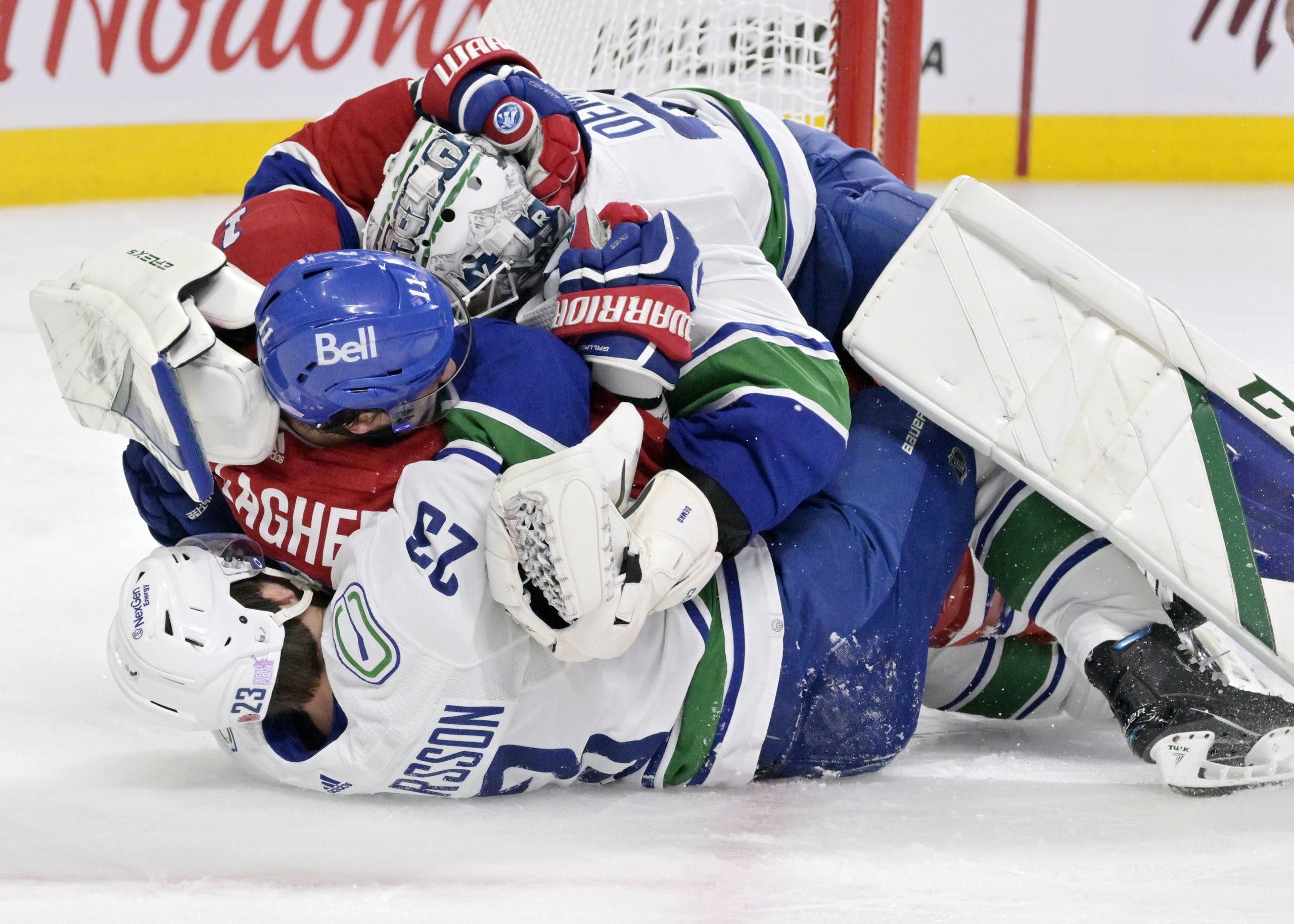 By Stephan Roget
30 days ago
Conflict. Toxicity. Dysfunction.
Call it what you will, but it absolutely dominated and defined the narrative for the Vancouver Canucks in the calendar year of 2022.
That’s not good for anyone, nor does it reflect particularly well on anybody, or the health of the franchise as a whole.
And, to be clear here, we’re not just talking about JT Miller yelling at Collin Delia to “get off the gosh darn ice” the other night. But we’re not not talking about that, either. It was just one last, particularly poignant example of everything wrong with this team. One last feud for the road.
As we stand, it’s been a year and a month since the regime change that ousted Jim Benning and brought Patrik Allvin and Jim Rutherford to the forefront of Canucks’ management. Let’s not forget that this entire new era of Vancouver hockey began with a conflict over the hiring of Bruce Boudreau, whom Rutherford made it clear he did not hire, and that he realize Boudreau would be here longer than one season.
The misalignment between coaching and management simmered as Boudreau seemingly singlehandedly resurrected the 2021/22 Canucks, but the clash returned in full force during an offseason that featured a drawn-out “will they, won’t they” over Boudreau’s optional extra year.
Again, management made it clear that, if Boudreau had their support, he only had it barely and begrudgingly. That theme then seeped into virtually every interview that either Rutherford or Allvin did from there on out, with neither of them ever missing an opportunity to throw Boudreau and his “lack of a system” under the proverbial bus.
Boudreau, for his part, has taken the higher road, but that doesn’t mean that the conflict isn’t two-sided, as evidenced by his healthy scratchings of key managerial acquisitions like Andrei Kuzmenko and Ethan Bear.
That’s just the most central off-ice feud, too, and far from the only one. This was a year that saw former hockey ops employee Rachel Doerrie launch a discrimination complaint alleging professional misconduct against AGM Emilie Castonguay. It was also a year that saw the team’s owner hit with strong legal claims as well, stemming from his own children.
And that’s only listing the intraorganizational strife. Let’s not forget that the Canucks are now supposedly in Lou Lamoriello’s burn book, or the many, many angry moments with the media that occurred.
Everywhere you looked off-ice in the year 2022, there was conflict related to the Vancouver Canucks. And while it’s tempting to suggest that all that bad blood trickled on down to the dressing room, we also know that’s not quite true. There’ve been problems in the Canucks dressing room since long before Rutherford and Co. rolled into town — but they do seem to have got a little bit worse throughout 2022.
Shortly after Jason Dickinson was traded to the Chicago Blackhawks, a report out of Chicago stated that the Canucks’ dressing room is “real cliquey,” and that there is “a lot of friction between some of the star players and then the rest of the team.”
We don’t know who this report specifically is referring to, but we’ve seen friction — if that’s what you want to call it — between star players and “the rest of the team” with our very own eyes.
We mentioned the Delia deal at the outset, but it’s probably worth mentioning that this was Miller’s second (at least) on-ice shouting match with a teammate this season. He and Luke Schenn were infamously in each other’s faces coming off the ice during the first month of the season, too, and it’s hard to believe there haven’t been more incidents than just what the camera has captured.
But we’re not here to lay all the blame at Miller’s feet. It takes a lot more than one to do the locker room dysfunction tango, and it looks like it’s nearly all hands on deck for the Canucks in this regard.
We’ve had players feuding with players. We’ve had players feuding with coaches: never forget the needless attempted scratching of Brock Boeser on Hockey Fights Cancer Night, a moment that even the unflappable Boeser admitted hurt him deeply. We still have — if the rumours are to be believed — an ongoing communication breakdown between management and captain Bo Horvat, with whom negotiations have gone so poorly that it seems bridges are burnt.
Every time you looked at the Canucks in the year 2022, someone was fighting with someone. We’re sure we forgot some key squabbles in the mix, too. The point is that the feuding was non-stop, that it was ever-present, and that it defined the calendar year for the organization.
When a problem is this prevalent, there’s no use pointing fingers. Nobody comes out of a year like this looking good, everyone shares some of the blame, and maybe that’s all that really needs to be said about it.
Thankfully, if there’s one thing that everyone can agree on, it’s that 2022 is over.
Editorials
Recent articles from Stephan Roget