Oliver Ekman-Larsson’s transformation into a defensive defenceman was unexpected, but not unwelcome 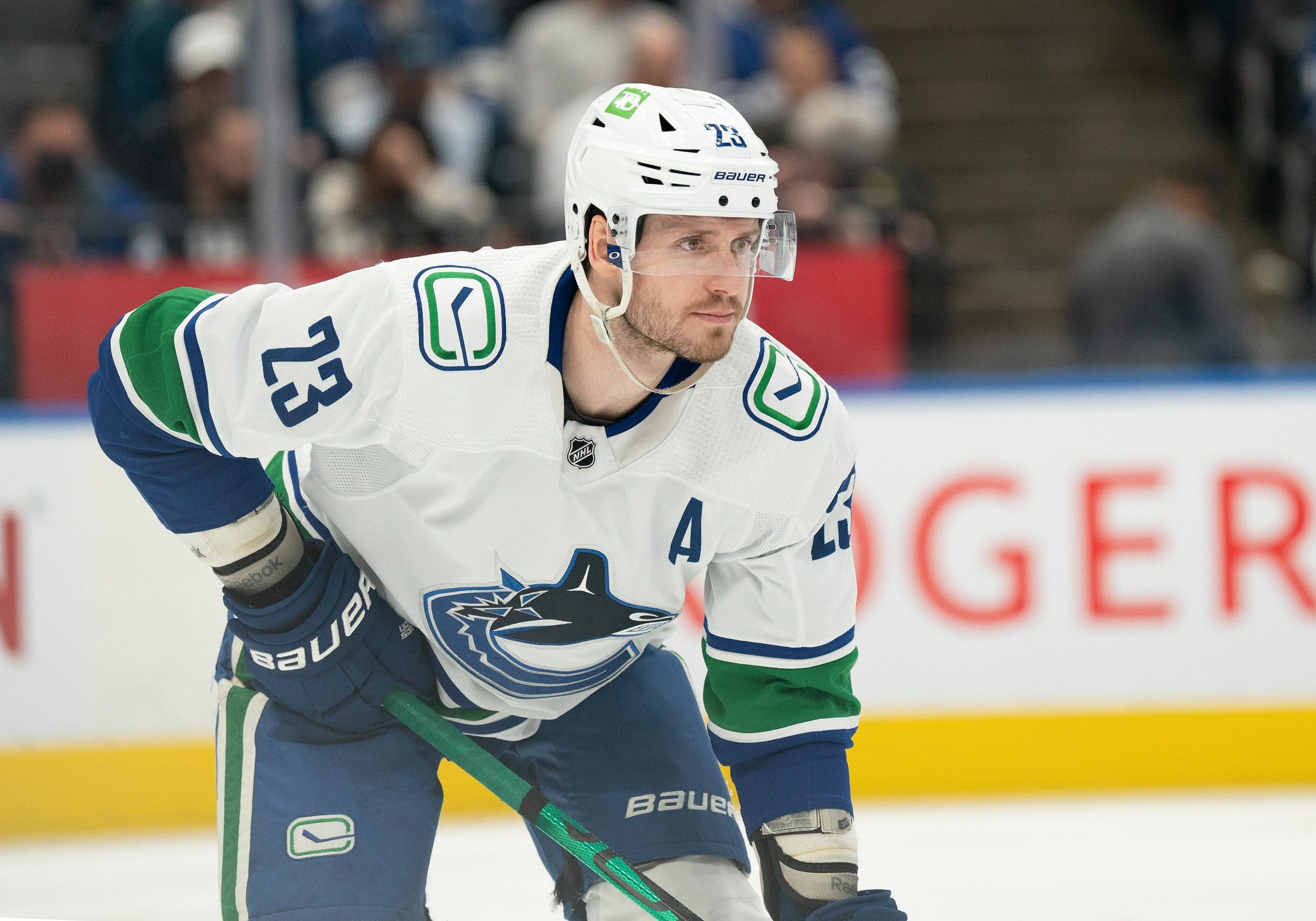 By Michael Liu
7 months ago
The trade that brought Oliver Ekman-Larsson to Vancouver will always be controversial. There’s no doubt that this move was made in a win-now mindset, despite it not really resulting in the playoff run that the team wanted. Throughout the rollercoaster ride of the 2021-22 season, OEL was naturally a focal point of both good and bad attention.
Here’s how the 30-year-old defenceman fared in his first campaign in the blue and green.

As the title suggests, Ekman-Larsson’s effect on the defensive end was impactful. During the course of the 2021-22 season, he led all Canuck defencemen in defensive zone starts with 57.4%. It was also a career-high for OEL, who had previously finished a season with 50.5% starts in his own zone. It marks a departure from his usual deployment, being only the second season in his career that Ekman-Larsson has seen more defensive starts than offensive.
Considering OEL also logged the second-highest average time on ice, it meant that the Swede was heavily leaned on in his own zone. He did his job, finishing the year as the third-leading Canucks defenceman in both blocks and takeaways.
Ekman-Larsson saw a small uptick in his expected +/- compared to his last couple seasons with Arizona. His -2.3 E+/- is the best season he’s had on that end since the 2017-18 season. It’s also contributed to a better save percentage when he’s on ice at 93.1%. OEL’s defensive work contributed to an points share of 4.3, again the third best amongst the team.
With how defensively porous the Canucks were early on in the year especially, it’s a contribution that shouldn’t be discounted.
There were some good signs in his offensive game as well. Ekman-Larsson’s stats suggest that he was unlucky to not have more points on the year, with the defenceman getting 47.7% of his shots through traffic. It comes in at just a bit above his career averages, which is odd to see when he hasn’t had his usual offensive success. For a team that has lacked an authoritive point shot since Sami Salo, its a good option to have on the power play.
OEL also recorded the best expected goals-for of his career this past season, with the Canucks expected to score 79 goals while he was on the ice. His limited starts in the offensive zone might be a reason why this didn’t translate to the points column for himself.
So not bad, right? Ekman-Larsson was the top four defenceman that Jim Benning sought to acquire!
Not so fast.

Here’s where the other shoe drops. One of the biggest concerns when OEL was first acquired was the decline that he showed in his last three years with the Coyotes. That was brushed off by some as a product for playing in Arizona, but this year hasn’t really done anything to suggest a bucking of the trend.
Ekman-Larsson’s possession metrics have seen a steady slip since 2018-19 and have only decreased this season. His relative Corsi-for% and Fenwick-for% ranked him as a bottom pairing defenceman on the Canucks and has him hovering around the 600 ranks across the entire league. As mentioned previously, though OEL set a career high in xGF, he also set a career high in xGA with 64.9 on the season.
When he didn’t have possession, Ekman-Larsson was giving the puck away a lot. His 42 giveaways put him in a tie for third on the Canucks with Quinn Hughes. Unfortunately, OEL didn’t have the offensive production to make up for that.
Speaking of offensive production, it is really hard to see a defenceman who has never been on pace to score less that 40 points in a full season not live up to that billing. The 2021-22 season saw OEL’s lowest point total, 29, in a full 82-game season. The low points total also resulted in the lowest offensive points share in his career with a 1.1. Ekman-Larsson’s low shooting percentage might suggest the luck factor again, but it’s near identical to the OEL of 2020-21. The reputed offensive defenceman the Canucks were getting in the trade never seemed to fully show up.
Another aspect which may be concerning is the volume of shots OEL is attempting. While having defenceman shooting is certainly not a bad thing, Ekman-Larsson is averaging 5.7 shots per 60 minutes, topping his average of 5.2 from the previous year. While this might not seem significant, it suggests that OEL is taking more shots when he’s on ice – and his teammates are taking less. Being a defenceman, chances are the shots he’s taking are much lower danger than ones his forwards are taking.

What to make of it?

Essentially, Oliver Ekman-Larsson’s 2021-22 season was the opposite of what most people expected. The offensive defenceman from the Arizona Coyotes that experienced a defensive decline flipped the script, becoming solid if unspectacular on the backend while seeing his offensive point totals dip. OEL played fine in his first season with the Canucks.
But should fine be the standard that he’s held to?
Ekman-Larsson has the second-highest cap hit amongst defenceman on the roster. He’s paid like a #1, but is about the third best defenceman by the numbers. Heck, even Tyler Myers outplayed him at times this season.
OEL is paid to be comparable with Jared Spurgeon, Morgan Reilly, Aaron Ekblad. Instead, he’s more so in the company of the Adam Larsson and T.J. Brodies of the world. Solidly in top half of the NHL’s defencemen – but certainly nowhere near the top.
He might not be as bad as some fans make him out to be, but objectively is not worth the money that is allocated to him right now.
This all might be a moot point by the end of the summer. Plenty of rumours have been swirling around Ekman-Larsson just a year after he has arrived. There’s talk of him trying out the right side, as well as a ton of trade speculation. Elliotte Friedman discussed the possibility of an OEL trade on May 10th on Donnie & Dhali – The Team.
The takeaway from Ekman-Larsson’s 2021-22 season was an offensive defenceman being deployed as a shutdown defender – and it working to an extent. OEL delivered good defensive play for a Canucks team that sorely needed responsible defenders.
However, Ekman-Larsson still left a lot to be desired offensively, and at the precipice of turning 31, his best years are most likely behind him. With the continued decline of his production and the sizeable cap hit, there’s plenty to consider heading into the offseason.
Uncategorized
Recent articles from Michael Liu