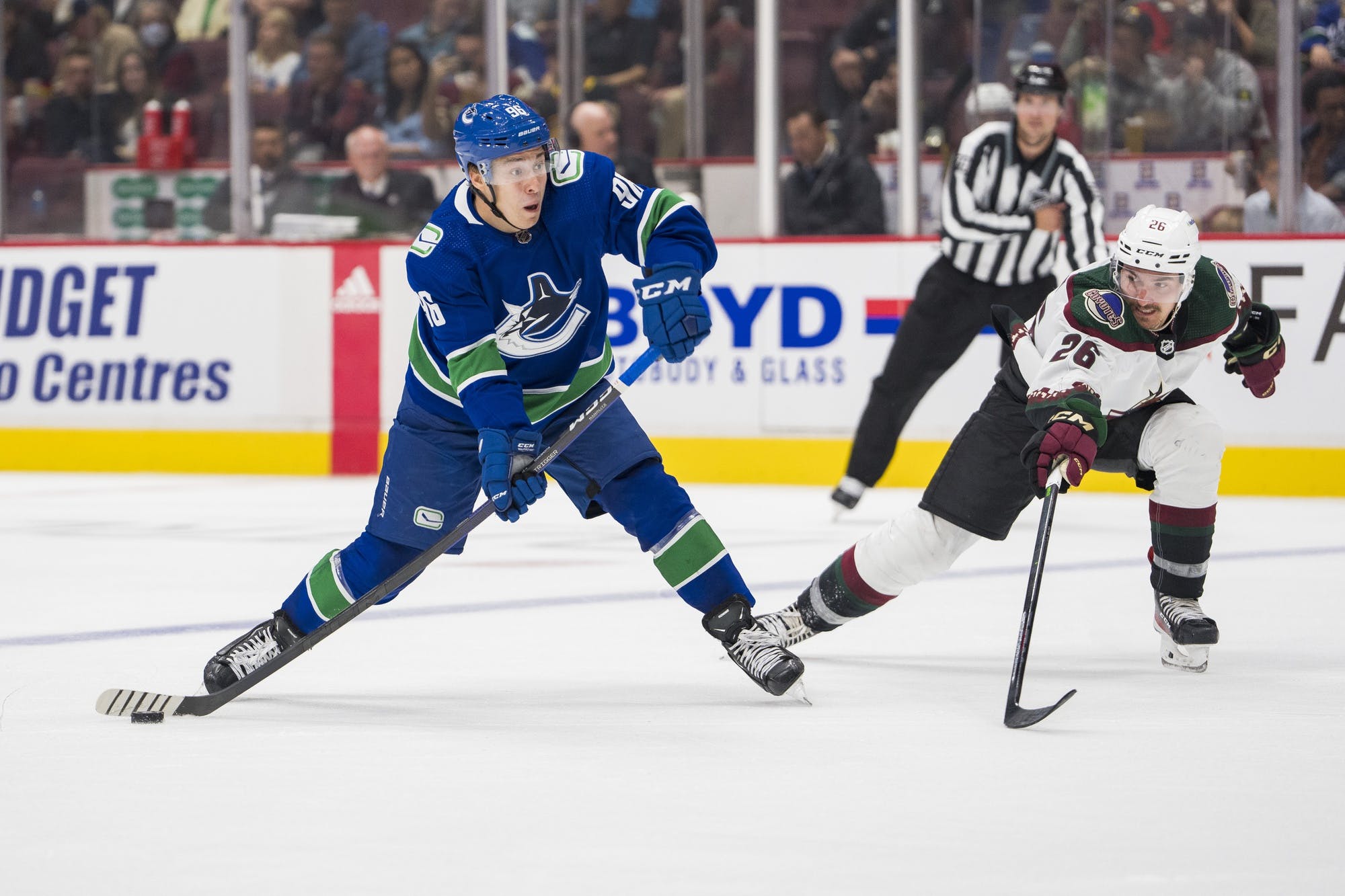 By Stephan Roget
1 month ago
In the midst of all this bad news for the Vancouver Canucks, Commissioner Gary Bettman sauntered out of Tuesday’s NHL Board of Governors meeting and delivered a tidbit that was missed by most, but could be a potential gamechanger for the franchise.
Or, in other words, “You’re gonna wanna hear this!”
According to Bettman, there’s a very good chance that the players will fully pay off their $1 billion+ escrow debt at some point in the 2022/23 season. Should that occur, the era of the flat salary cap is officially over, and huge leaps in the upper cap limit will once again be possible.
As per Bettman, that first leap could come as soon as next summer, and it could be as large as a $4 million increase, all the way up to $87.5 million.
There will be a number of teams absolutely ecstatic should that come to pass, and the Canucks are chief among them. But before we get to that, we should probably explain what escrow is.
Back when the NHL and the NHLPA agreed to a guaranteed split of revenues, the concept of escrow had to be introduced, because player salaries are locked in, while owner profits can fluctuate. The idea is that the NHL gets to automatically shave a little off the top of each contract and hold onto that money until all the books are tallied up. If the owners ended up with their half of the 50/50 split, the escrow money is returned to the players and all is well. If the owners come up a little short, they keep enough escrow money to hit their 50%.
In the era of ever-climbing revenues, escrow was little more than an annoyance. Then the pandemic hit.
Even as league revenue dropped to near-zero, player salaries were still contracted into place. And that 50/50 split was still guaranteed, so the players wound up “owing” the owners more than $1 billion. As part of the return-to-play agreement hammered out by the NHL and NHLPA later that year, the players agreed to an escrow of around 17% until the debt was paid off — and this time around, they knew that money wasn’t coming back. Part of that same agreement was that the salary cap would remain flat until the debt was paid off.
Put differently, every NHL player has actually only been grossing 83% of their listed salaries since the return-to-play in 2020. A $1 million contract is actually only worth $830,000, and that’s before taxes and etcetera.
Which is why, as per Bettman, it’s pretty big news that the debt is on track to be paid off earlier than expected. Players are going to start getting their full due, and then both sides will be perfectly happy for the cap roof to start being raised on a regular basis once again.
Starting, potentially, with $4 million extra in the summer of 2023.
So, what does $4 million extra do for the Vancouver Canucks? An awful lot.
First and foremost, it combines with the $2.4 million that is already coming off the Canucks’ cap in expiring dead-space buyout penalties, resulting in a grand total of $6.4 million that could just appear in the spendable column of the team’s bankbooks.
Should the Canucks make it to the end of 2022/23 without retaining on any contracts or being randomly penalized by the league, they’ll enter the 2023 offseason with no dead cap on their books whatsoever.
And that’s to say nothing of Micheal Ferland’s $3.5 million LTIR contract ending, meaning far greater offseason flexibility and a real chance to actually start accruing cap space.
All that space and flexibility couldn’t come at a more convenient time for the Canucks.
An extra $6.4 million in space takes care of any real worries that the team might not be able to afford an extension for captain Bo Horvat. Even the most pessimistic contract projections have him at a raise of $2 million or less.
That leaves plenty of room left over for a second contract for Andrey Kuzmenko, whatever that might look like. On top of that, the Canucks can probably also fit in whatever raise Nils Höglander asks for — which could be considerable if he spends anymore time on a line with Elias Pettersson — and still not have to step outside of that bonus $6.4 mil.
Even if the Canucks ultimately decide not to extend one or more of those players, it would be a comfort to know that such a decision was not impacted by salary cap restraints and necessary budget cuts.
Having all that space available for extensions would also mean that any future space carved out via trade, and every future jump in cap ceiling (to a projected $92 million by 2025) can be safely invested into blueline improvements, or tucked away for Pettersson’s own impending extension and the $3 million+ raise that comes with it.
Should the escrow be paid off and the cap ceiling raised as of this summer, the Canucks won’t be the only team to benefit. But they will be one of the teams that benefits the most, and so will their fans.
After all, who isn’t looking forward to a summer without a cap crunch to worry about?
Editorials
News
Recent articles from Stephan Roget