Monday Mailbag: Höglander’s sophomore season, the 2021-22 scoring leader and my favourite Canucks prospect from the 2021 draft He scatters his shot attempts all around the offensive zone and isn’t a one-trick pony when it comes to his work in the offensive zone. We saw how much more comfortable he got as he played through three seasons of SHL hockey. Höglander was awarded with the goal of the year award in each of his three SHL seasons and that came from his confidence level growing and showing his creativity to score some highlight reel goals.
After a year where he was apart of two of the largest COVID outbreaks in professional sports (Canucks and Rögle BK), I’d expect a new level of confidence and comfortability once he is able to actually live a normal NHL player life. He found chemistry immediately with Bo Horvat and if he can continue to play with Horvat, his offence will continue to grow as he evolves as an NHL players. The other option is to get easier matchups in a third-line role and if Höglander is able to play with Jason Dickinson and Vasili Podkolzin, that third line is going to feast on weak competition.
His 27 points in 56 games doesn’t stand out as an overly impressive season but it should be noted that he only had one power play point last season. Höglander’s rankings on the Canucks at five-on-five were nothing but impressive:
-1st in shots on net
-1st in individual scoring chances
-1st in goals
-2nd in points
-1st in Corsi for (50.43%)
-2nd in expected goal share (49.9%)
All while being 7th in ice time
Höglander was great offensively but the exciting part about his game is that he can play well at both ends of the ice. He was one of the best defensive forwards for the Canucks last season and that had a big reason on why he was the only Canucks player with a positive Corsi for percentage last season. 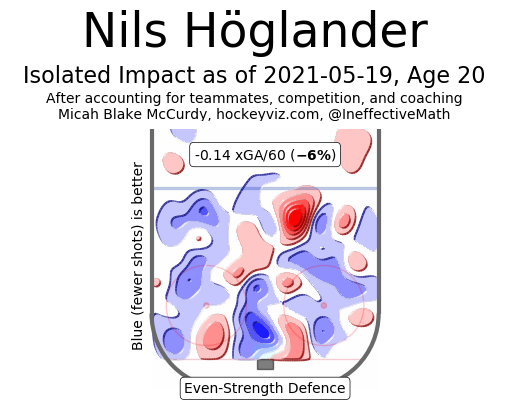 A sophomore slump is possible but from everything that Höglander does on the ice, there is no indication that his game will take a step back next season.
We will just have to wait and see which line he fits on out of training camp.
I’m always betting on Höglander.
Well, that wraps up another Monday Mailbag! Be sure to keep an eye out for the call for questions on Twitter. I’ve got a lot of exciting articles coming this week as we work our way through the dog days of the offseason and begin to lock in on the team’s prospects.
A re-ranking of the Canucks prospects will be coming soon with the addition of this year’s draft picks and the loss of projected NHLers like Vasily Podkolzin and Jack Rathbone.
Uncategorized
Recent articles from Faber