LIVE notebook from Vancouver Canucks rookie camp: Everything you need to know from day one 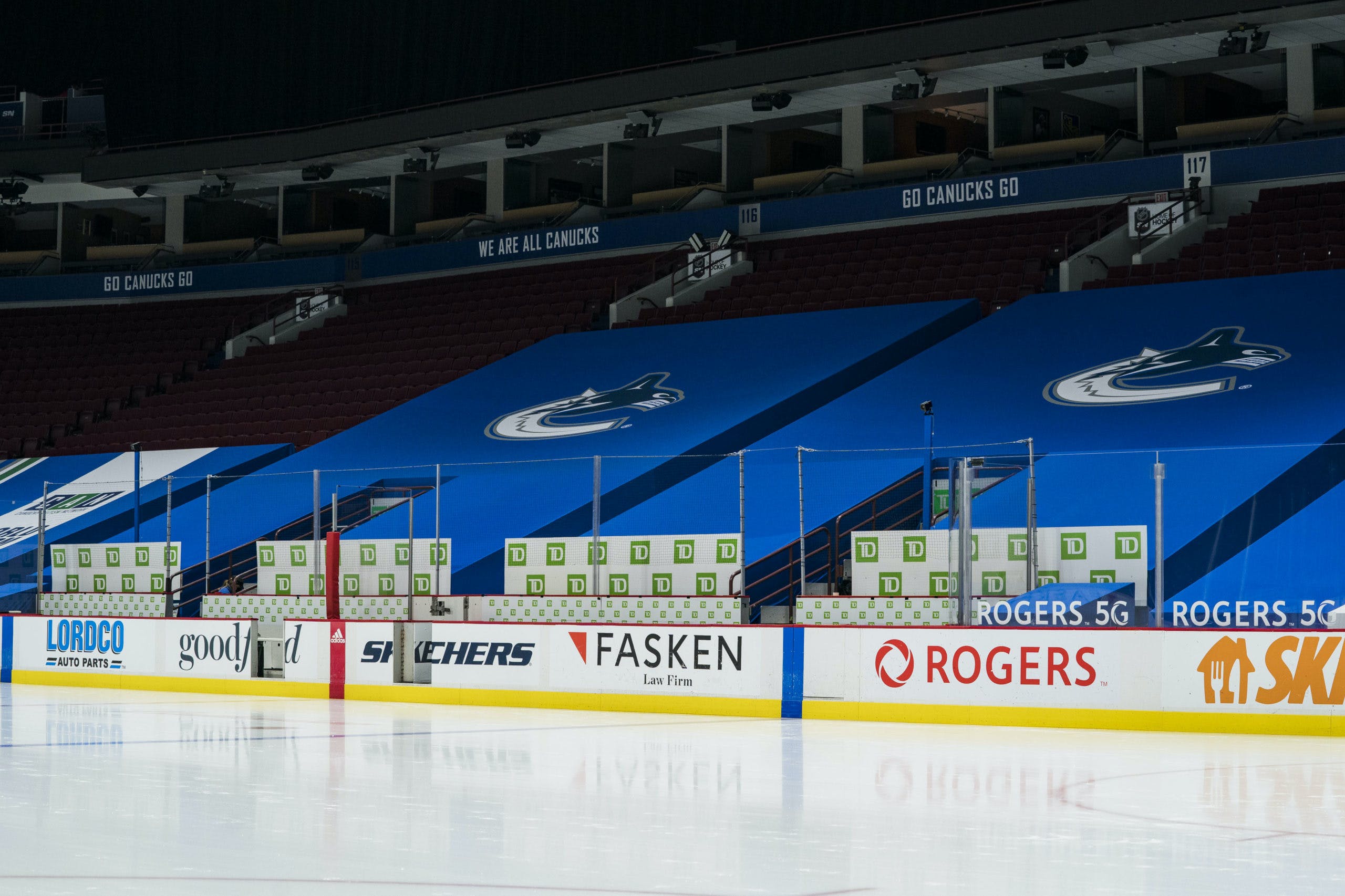 By David Quadrelli
1 year ago
It’s a rainy Friday in Vancouver, but it’s also day one of Canucks rookie camp, and the stories are already flying.
This is a live notebook that will be updated throughout the day, and we’ll have a full recap for you published either tonight or tomorrow morning.
Be sure to check back as we update our notebook from the on-ice sessions which are set to begin at 1:30 PM.

The day kicked off at 10 AM with a media availability featuring Abbotsford Canucks GM Ryan Johnson, Vasily Podkolzin, Danila Klimovich, Jett Woo, and Viktor Persson.
Johnson was quick to set the tone for rookie camp and made it clear that this was the organization’s first real chance to show players what being a Canuck is all about.
“Well, we’ve been in a unique situation where we haven’t technically had a development camp here in two years,” said Johnson. “We’ve had some players that we’ve drafted that we’ve been able to spend time with on zoom and phone calls and watching video of their play, but for me, the most important part is acclimating them to the organization, understanding our culture, and what we’re all about. That’s tough to do when you’re not in person.”
Vasily Podkolzin spoke through a translator but confirmed that he and his wife have an English tutor and are going to continue to learn the language.
Podkolzin appeared to understand the questions as they were asked, he just seemed more comfortable answering the questions in Russian. For most of the questions, he didn’t need his translator to tell him the question in Russian before answering it.
Podkolzin did answer one question in English, however.
When asked if he was nervous about being in a city where everyone is speaking English, he quickly quipped “no I’m not nervous,” before letting out a deep belly laugh.
You can already tell he has a good personality that will continue to shine through as he gets more and more comfortable with the language.
Podkolzin also talked about his friendship with Nils Höglander. The two players were both selected in the 2019 draft in Vancouver.
“We’re really good friends, we try to speak English with each other. We go to dinner together,” said Podkolzin through his translator Alexandra Makarevsky.
Danila Klimovich was next up to face the media, and like Podkolzin, enlisted the help of Makarevsky. Klimovich didn’t seem as comfortable with fielding questions in English as Podkolzin was, as Klimovich required the questions to be translated for him, unlike Podkolzin, who again, understood the English-spoken questions.
Klimovich said he is excited to be in Vancouver, and loves the city. He’s excited for both rookie camp and main camp next week, and is looking to make a good first impression on his new club.
Jett Woo was next to speak, and had an aura about him that gave off the impression that he means business this year.
It’s no secret that the Canucks added to their depth this offseason, and with taxi squads going the way of the dodo, there’s no guarantee that Woo will be a top four defenceman in Abbotsford this season.
He’s eager to improve and is excited for his third training camp as a Canuck.
“I think this year I kind of want to focus more on getting a little quicker and faster because moving into that pro game, it’s just that much quicker and faster so I think that as well as my strength,” said Woo on what he’s going to try to improve on. “One of the biggest things on the ice is just getting back for pucks and moving them quick.”
This is going to be a big year for Woo, and it starts today.
Swedish defence prospect Viktor Persson met the Sedins recently, describing the encounter as a “big moment.”
Persson is set to join the Kamloops Blazers this season, and is excited to get onto the ice at Rogers Arena for the first time since getting drafted by the Canucks in 2020.
The prospects will escape having to do the Grouse Grind this year, but Ryan Johnson quipped that they hopefully won’t get out of doing it next summer.

Check back around 2 PM for our first update from the on-ice sessions!
UPDATE: Michael DiPietro joined the group on the ice for rookie camp. DiPietro and Arturs Silovs worked with Curtis Sanford at one end of the ice on crease movement and post navigation.
At the other end, the skaters were led through a lot of squatting drills:
Jett Woo’s skating looked a step above nearly everyone else, which is a good sign for the blueliner entering his second professional season and hoping to make a splash with the Abbotsford Canucks.
Unsurprisingly, DiPietro stopped nearly every shot he faced in every drill, and really does look like he’s capable of being one of the best goaltenders in the AHL this season.
He thinks he’s NHL ready, and while it’s just a practice, it’d be hard to find a flaw in his game that would suggest otherwise.
Out of the two goaltenders, Silovs was the one getting more attention and guidance from the coaching staff on the ice, whereas DiPietro looked like a professional goaltender taking time out of his day to help out at rookie camp and show these young prospects what it’s like to face NHL goaltending.
The group closed out today’s session with some on-ice battle drills, including this one, where DiPietro continued to steal the show.
Check back tomorrow for more content from rookie camp!
Uncategorized
Recent articles from David Quadrelli 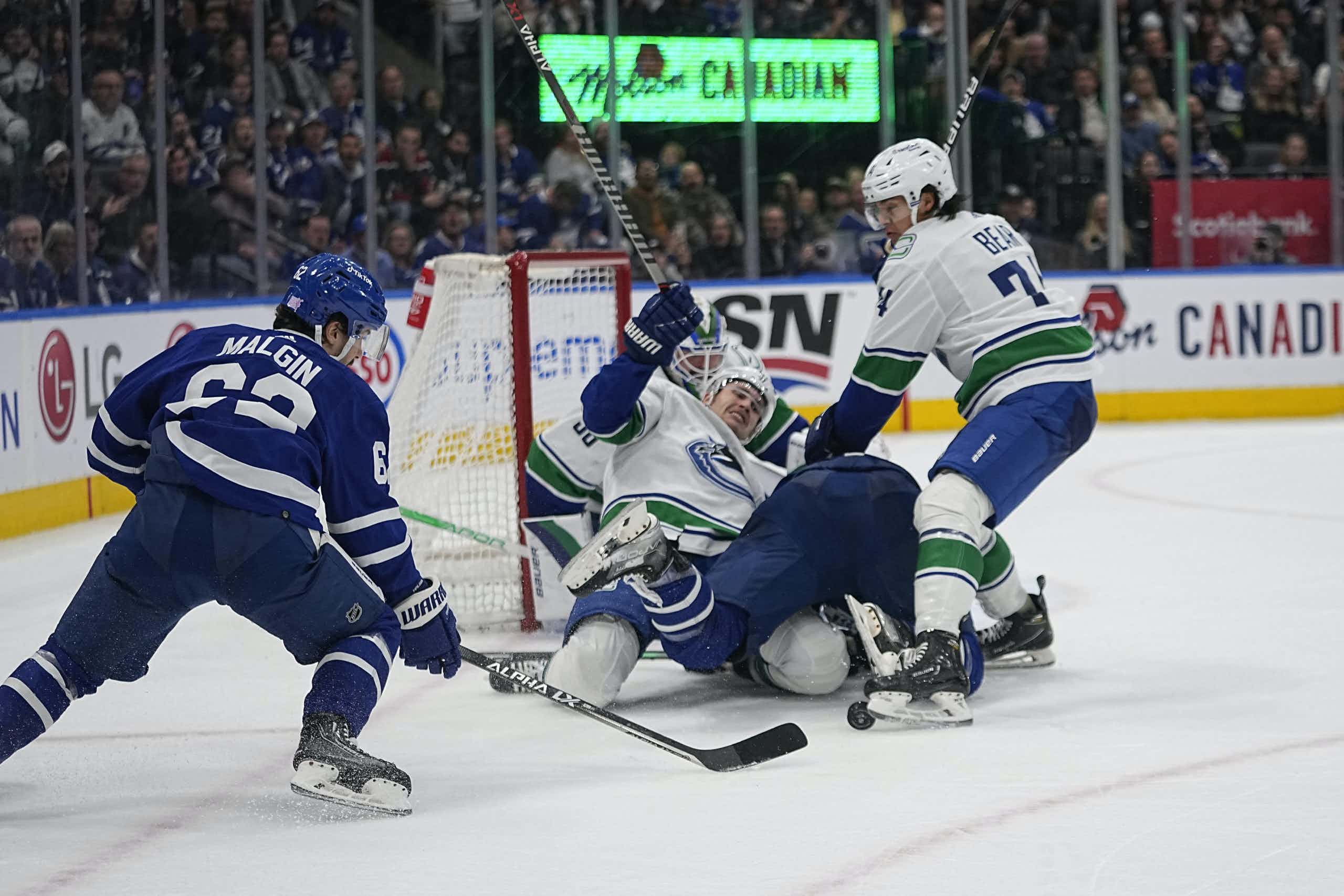 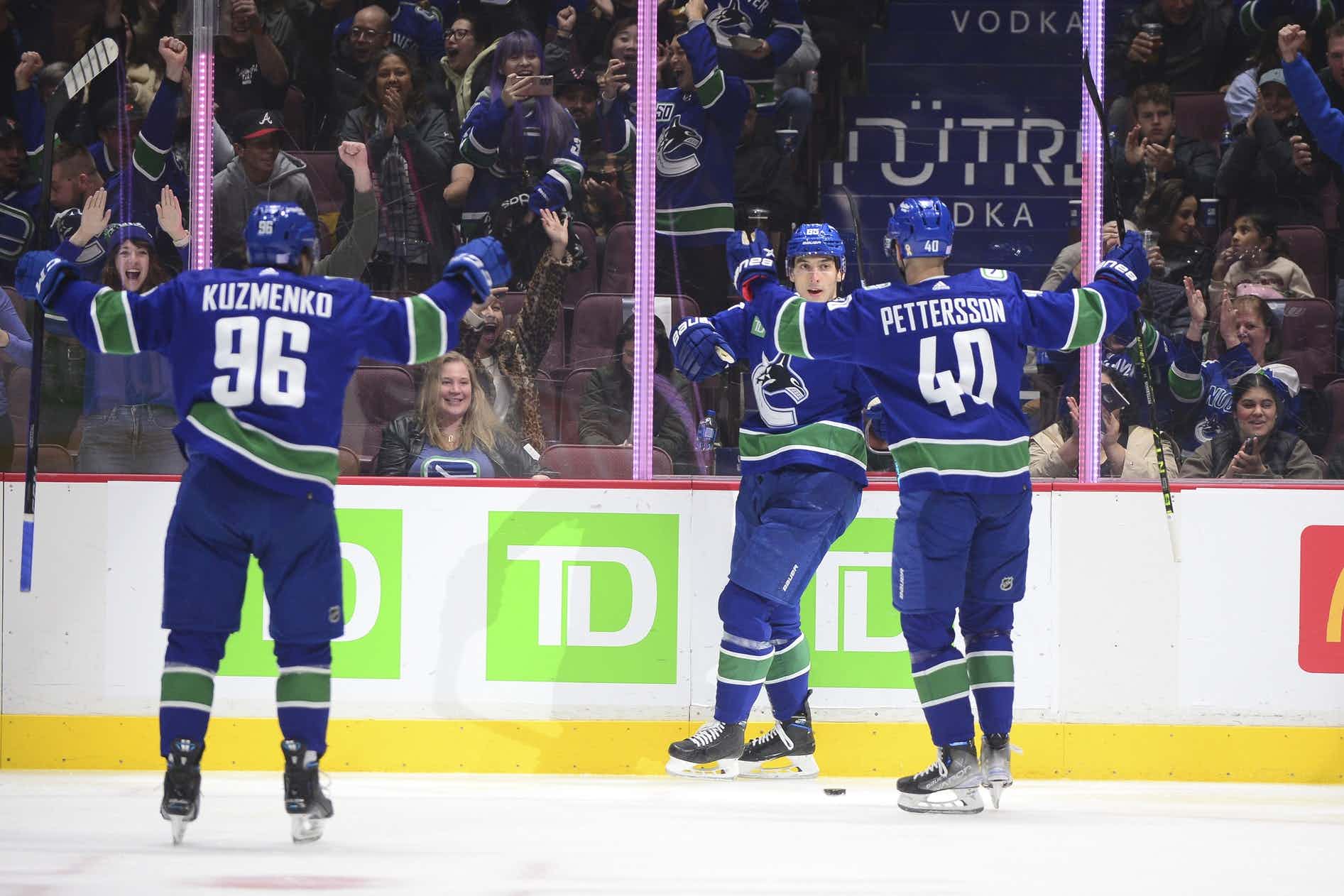 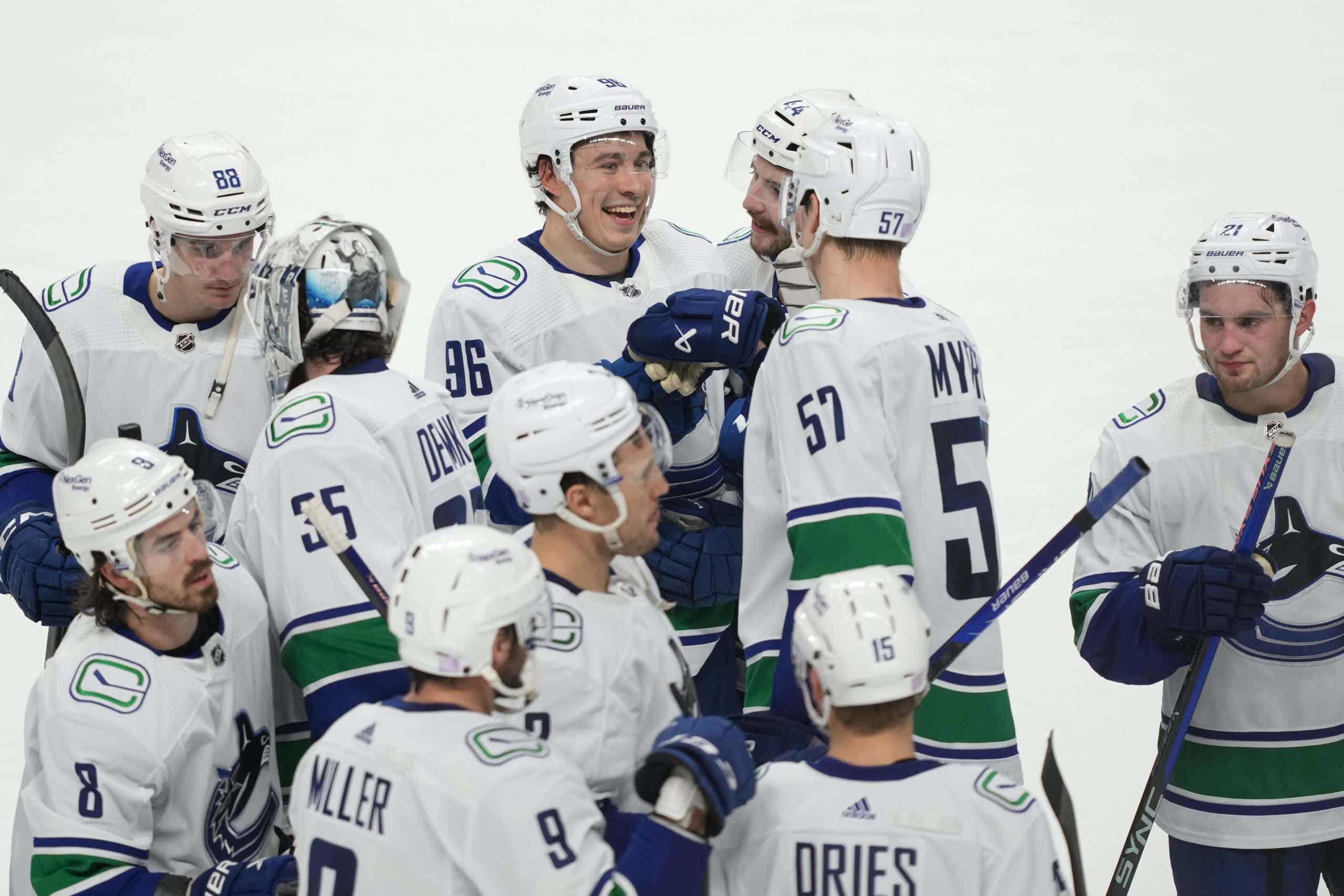