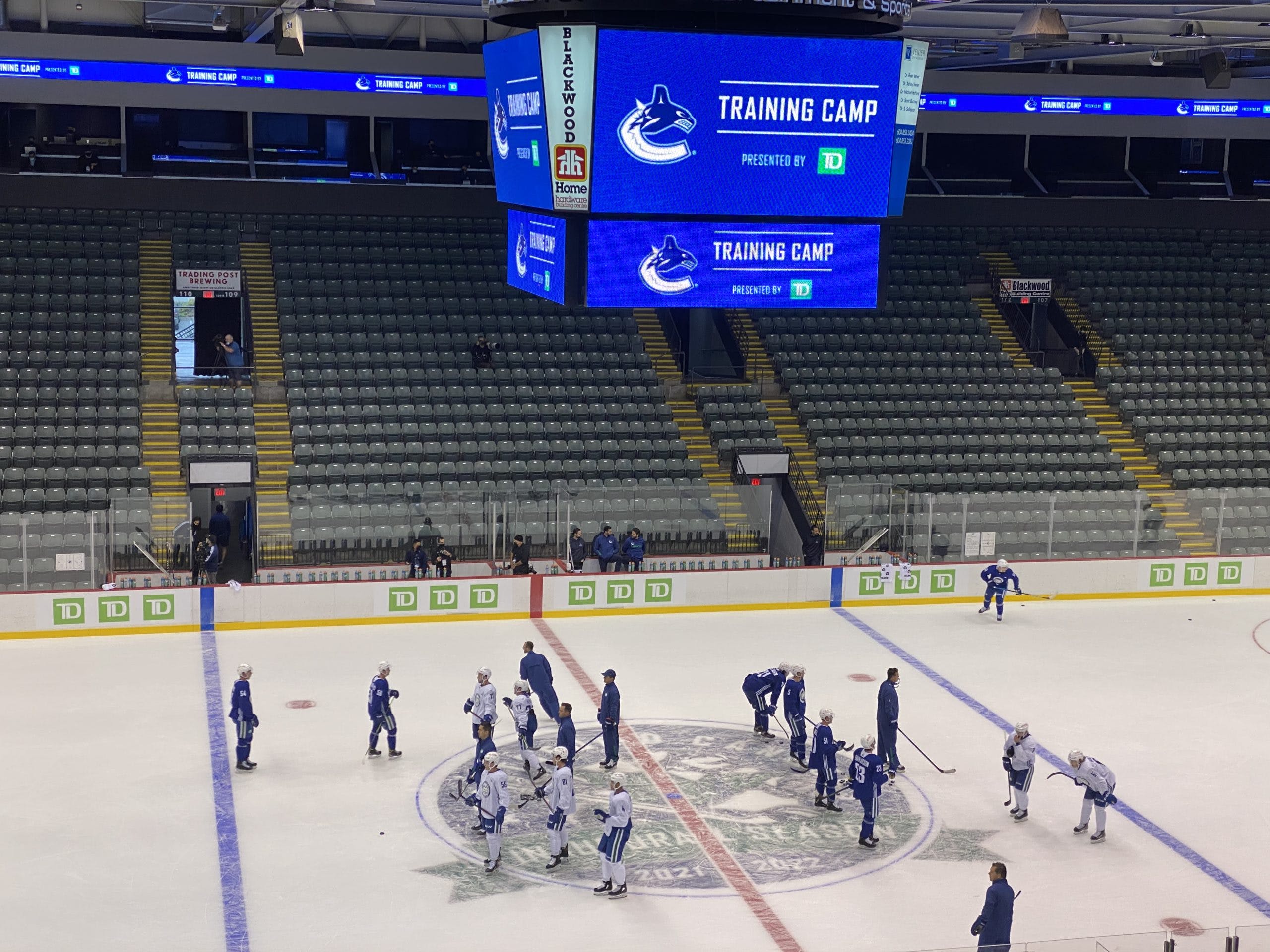 By David Quadrelli
1 year ago
Back with a vengeance, it’s time for another live notebook from Vancouver Canucks training camp.
The groups are minutes away from hitting a fresh sheet of ice at the Abbotsford Centre so let’s get into it!
Here are the participants in each group:
The Canucks have chosen to structure their groups with a mix of NHL and AHL talent in each group, as opposed to past years when a clear NHL and AHL-and-beyond group would come out.
Stay tuned to see how everyone performs in the trademark Travis Green bag skates.
UPDATE: Group A has left the ice, and no bag skate has taken place just yet.
After a flood of the ice, Group A is back on the ice doing some offensive zone drills.
Group B hit the ice shortly after 11:30.
We’ll have more coverage from day one of training camp coming to you soon, and will be back tomorrow with another live notebook from day two.
Uncategorized
Recent articles from David Quadrelli