By David Quadrelli
5 months ago
The NHL has released the schedule for the 2022-23 season, and you know what that means!
It’s time to (over)analyze the Vancouver Canucks’ schedule.
Here it is, in full: 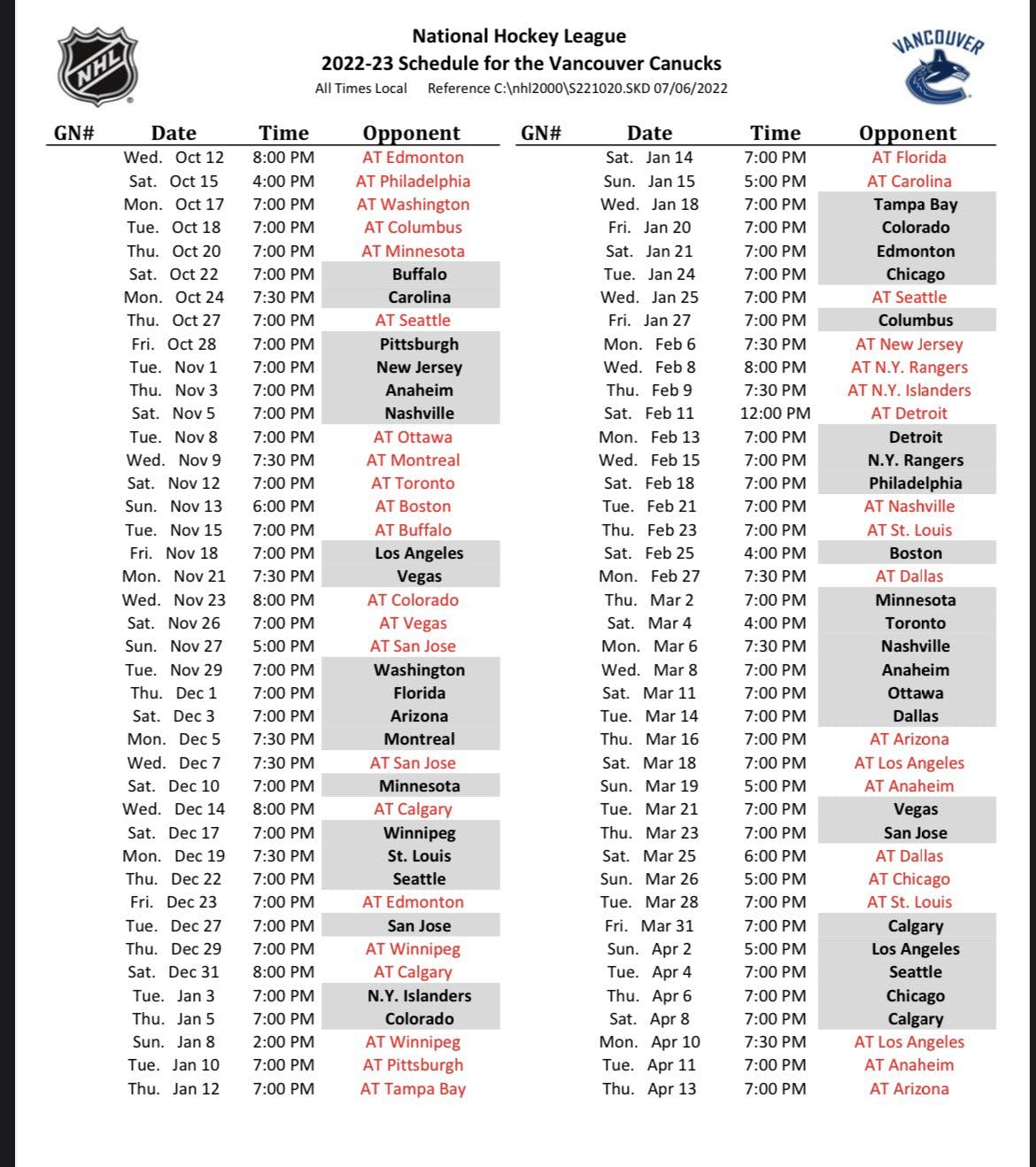 As we wrote this past weekend, the NHL is hoping to get back on track with normal key league dates such as a late June draft and the traditional July 1st free agency, meaning the Canucks are going to need to manage Thatcher Demko exceptionally well.
In other words, they better hope that Spencer Martin is ready to give them at least 25 solid outings.
The Canucks’ schedule features 13 back-to-backs and features just nine home games through the first two months of the season.
For comparison, the Canucks had just 10 back to backs this past season.
They’ll need to be careful with Demko, who broke down towards the end of this past season.
More from CanucksArmy:
Uncategorized
Recent articles from David Quadrelli