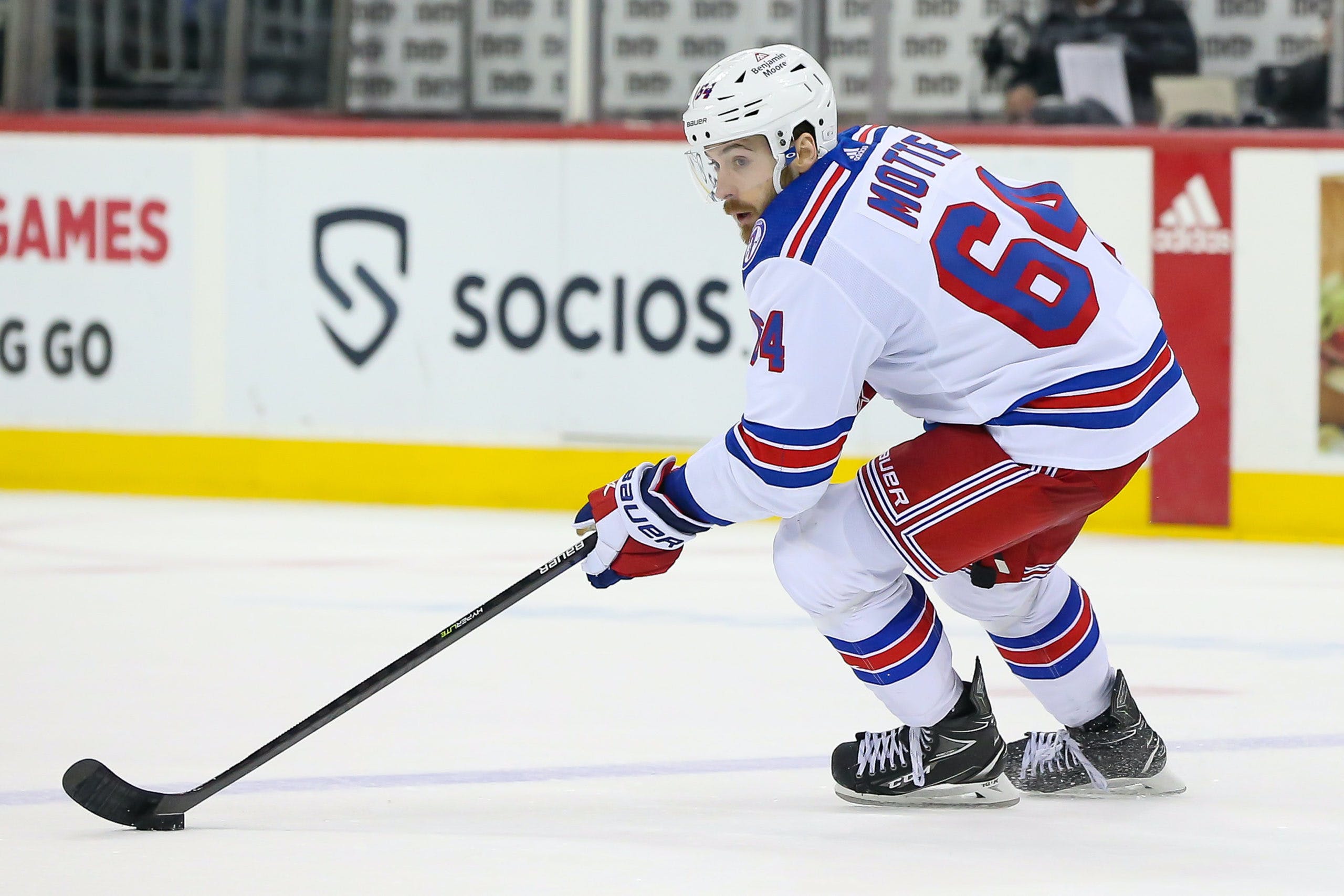 By Noah Strang
7 months ago
The departure of Tyler Motte at the trade deadline was a tough pill to swallow for many Canucks fans as he had become quite the fan favourite in Vancouver. While it’s easy to see why the Canucks decided to pull the trigger on that trade, recouping a mid-round draft pick, it didn’t make it much easier to see him leave the team and city.
Motte established himself in the city through his hard work, clutch play during the playoffs, and his great personality off the ice. He was an outspoken advocate on mental health issues and was open about his own struggles with depression. He didn’t have an easy path to the NHL yet still managed to turn himself into a very valuable piece that any team would want. However, his play took another step when he was placed with two specific forwards this year.
The trio of Juho Lammikko, Matthew Highmore, and Motte was electric from the moment they were put together. The three grinders complimented each other perfectly and gave the Canucks a devastating fourth line. Not only were they holding their own, the traditional measure of success for a fourth line, but they were also outscoring opponents. The Canucks scored 14 goals while only conceding 4 with these three on the ice at 5-on-5.
Since Motte’s departure, life hasn’t been as good for any of those three. All of them have seen a drop in production. While some of that can be explained by the heater that they were enjoying coming to an end, it also raises questions for the Canucks about what they should do moving forward.

Lammikko and Highmore without Motte

Without Motte, Lammikko and Highmore were not been able to replicate the same results. The two played 105:22 together at 5-on-5 without Motte and the Canucks weren’t nearly as dominant during that time. Since Motte’s departure, the two have been outscored 6-1 and have helped the Canucks control just 42.47% of the xG compared to 52.40% when Motte was riding shotgun.
However, it’s also worth mentioning that Lammikko and Highmore didn’t get the same performance from their goaltender when they were without Motte. The on-ice save percentage dropped from 96.33% to 89.29%. In addition, their on-ice shooting percentage dropped from 11.48% to 2.44%. Some of their luck ran out and over a larger sample size that might revert back to somewhere in the middle.

Without his linemates Highmore and Lammikko, Motte struggled a bit upon his arrival in New York. It’s worth mentioning that he only got nine games in before suffering an injury sustained in early April and that it’s normal to have a small adjustment period after arriving on a new team.
However, through those nine games, Motte recorded 0 points and had a negative plus/minus. Those were definitely not the results that the Rangers were hoping for when they traded for him.
Canucks fans know that Motte can be a very good contributing player and that he will always put everything on the line. No one can ever accuse him of being low on effort. The Rangers will surely love Motte once he returns to the lineup, hopefully as soon as possible as they get set for a playoff run.

What this means for the Canucks’ 4th line moving forward

The unlikely trio of Motte, Highmore, and Lammikko helped power the Canucks when their stars weren’t performing. The three players were all acquired for dirt cheap and yet managed to give the team a big boost. While none of them stand out as individual superstars, they showed that they can be key cogs in an excellent fourth line.
The departure of Motte means that the Canucks will need to find someone to fill his role. There are plenty of players on the Abbotsford Canucks or in the system that will be fighting over this position and that’ll give the Canucks a chance to try out a few different looks. Will Lockwood is an intriguing player that provides some of the same qualities that Tyler Motte did.
The Canucks will need to try a bunch of different looks. That’s how they found this trio and that’s how they’ll find the next one. Finding someone within the system or a cheap option to bring in is their best path forward. They know that they already have 2/3s of a great fourth line, they just need to find that Motte replacement.
What do you think the Canucks should do with their 4th line next season?
Uncategorized
Recent articles from Noah Strang