Is Bo Horvat really a number one centre like his agent says? 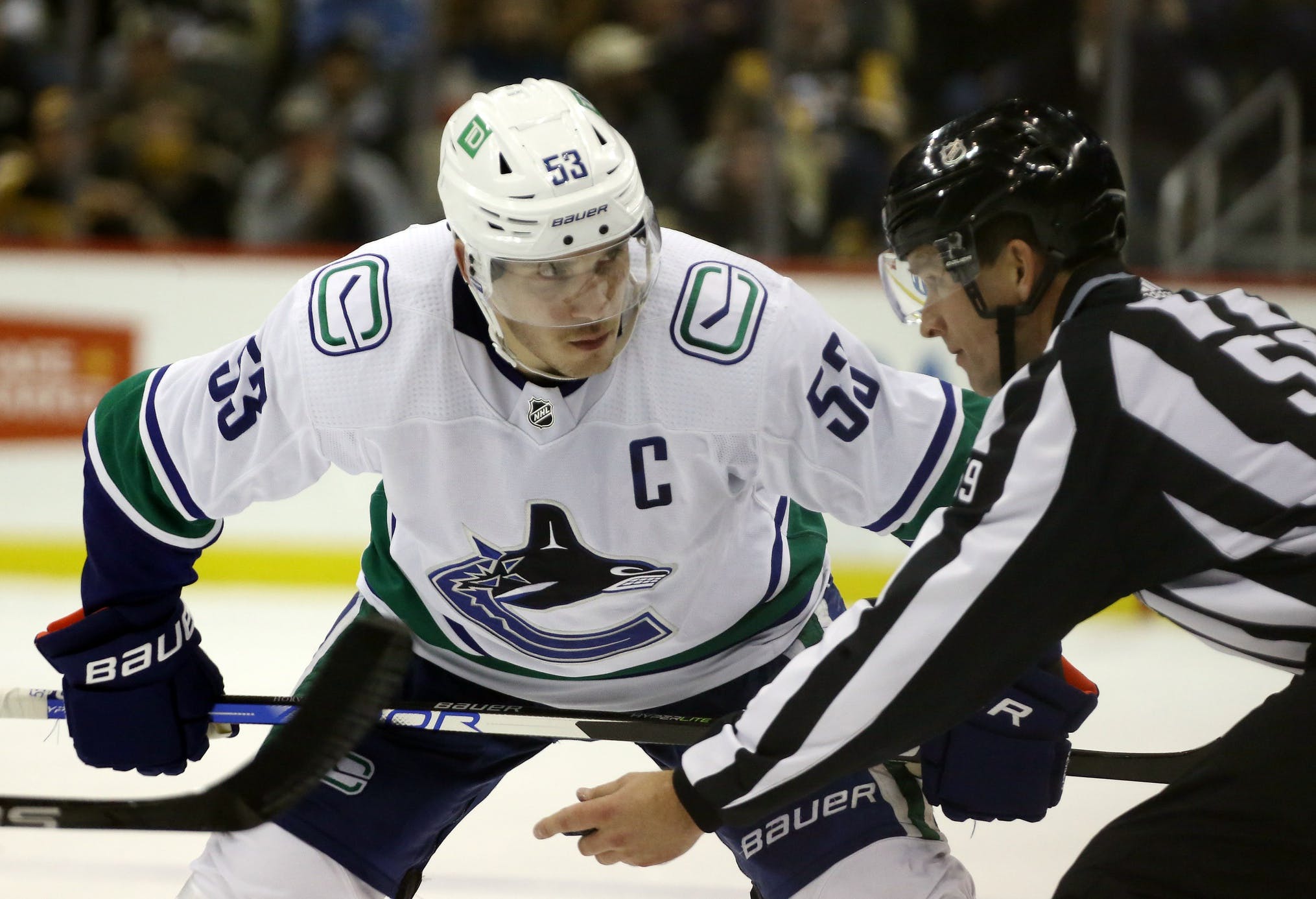 By Stephan Roget
1 month ago
It just wouldn’t be the start of another Vancouver Canucks season without a brand-new ongoing drama to occupy our minds.
This year, the lead role goes to the as-of-yet-unextended Bo Horvat, the team’s captain, but for all the wrong reasons.
Horvat is entering the final year of a six-year, $5.5 million AAV contract that he signed back in 2017. If he’s not extended before then, he will walk as an unrestricted free agent as of July 2023.
And talks between Horvat’s camp and the Canucks do not appear to be going well.
How not well?
Perhaps not well enough that Horvat’s agent, Pat Morris, decided to pop onto Donnie & Dhali – The Team on Thursday to cape for his client.
Among other things, Morris declared that, although he might not be the best centre on the Canucks, Horvat was “a number one centre” by the standards of the rest of the league.
Now, it’s not too hard to figure out why Morris would say such a thing: he wants his client to be paid like a number one centre. And if Horvat were to be signed for anything approaching the $7.7 million AAV he’s reportedly asking for, paid like a number one centre is exactly what he would be. Only 23 other centres are currently paid that much or more, leaguewide.
With that in mind, it’s definitely fair to further examine Morris’s assertion, and that is what we’re here to do today.
We’re looking to answer the question: is Bo Horvat really a number one centre?

Over the past three seasons combined, Horvat has scored 144 points in 195 games. It might not sound like an elite total, but it’s good enough for 32nd overall among NHL centres during that same time period.
If we’re operating under the general notion that there are 32 number one centres in the NHL (one per team), that would technically qualify him.
Horvat has been the beneficiary of some generally good health. Once we slide the stat column over to points-per-game, he starts to slide down the list. Over those same three years, Horvat’s PPG of 0.74 rates him in a tie for 41st overall with Brock Nelson and Nick Schmaltz.
It’s still quality production, but now we’re starting to stray away from true “number one” status. After all, no one is saying the same about Nelson or Schmaltz, are they?
Of course, goals and assists are only one part of the picture. Looking at that list of 40-odd centres ranked ahead of Horvat, how many share the same reputation Horvat does for his defensive capabilities? How many are asked to bear difficult matchups? How many of them have been saddled with a rotating cast of so-so wingers at 5v5?
A casual glance says that the answer is “some, but not many.”
Our general conclusion? By just these basic objective measures, Horvat can’t be said to be a true number one centre. Top-six centre? Absolutely. Upper-tier 2c? You betcha.
But a number one? We’re not convinced.
Still, there’s another way to approach this question.

Tallying up the above (unscientific) thought experiment, we can see that Horvat would be the 1C on just four NHL teams, with five maybes up for debate. That means that he would not be the 1C for the other 23 franchises.
Given the sheer number of those 23 teams who have two centres better than Horvat, we feel that closes the books pretty neatly on his (or his agent’s) stake to number one centre status. If he is a 1C by any measure, he’s at the lowest of low-ends.
This is not, of course, to say that Horvat isn’t a high-quality centre, or even that he’s not worth the money he might be asking for. It’s not a bad thing at all that Horvat would be the best centre on up to nine other teams, and he’s only the third best on the Canucks.
All we’re really saying is that reports of Horvat being a number one centre are greatly exaggerated, and that that should definitely be kept in mind as negotiations continue.
Editorials
Recent articles from Stephan Roget