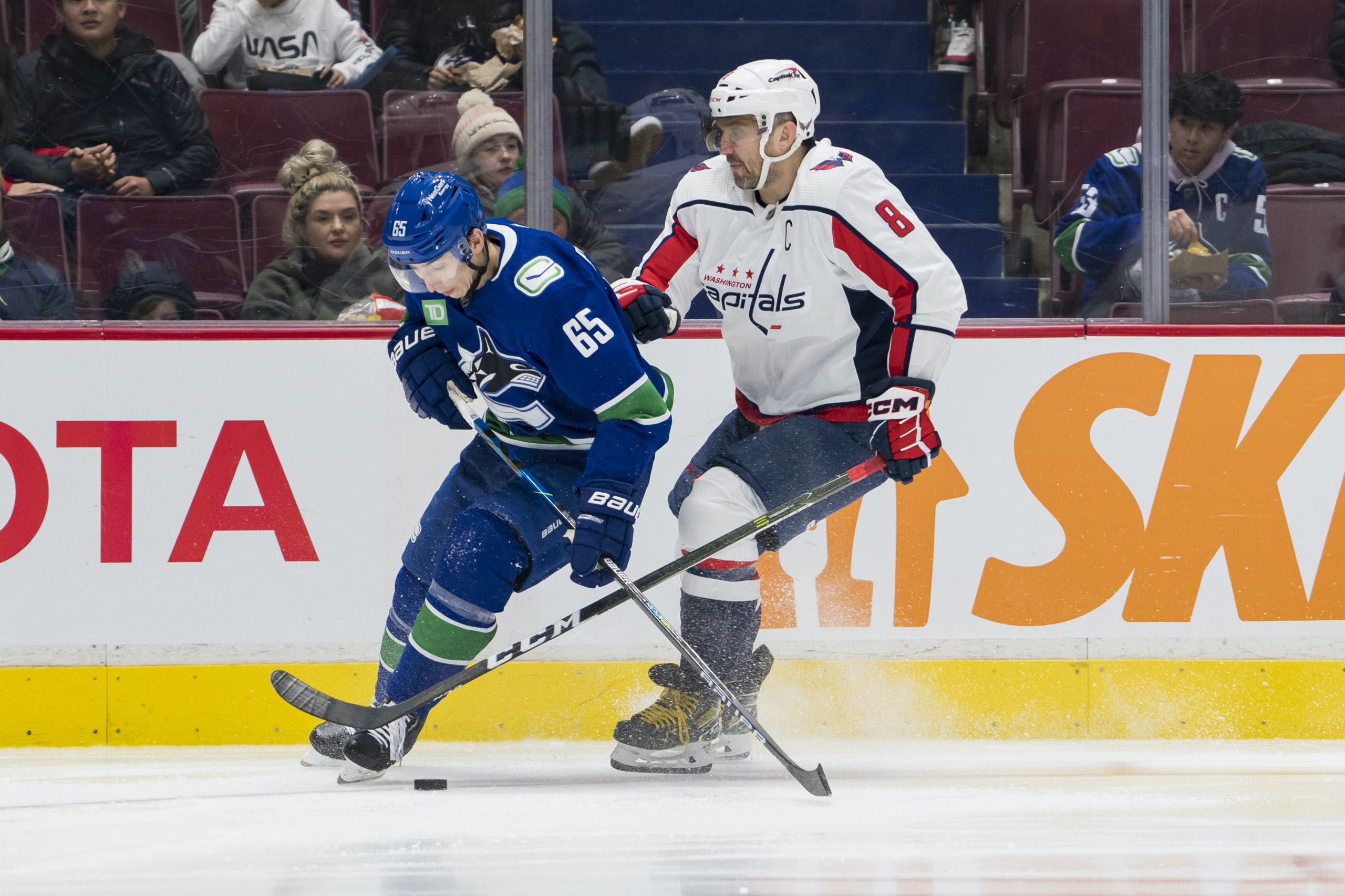 By David Quadrelli
2 months ago
Welcome back to Instant Reaction — the series at CanucksArmy where we give our instant reaction to the game and ask our readers to give theirs in the comments section below! The Stanchies by Wyatt Arndt will be posted later tonight. The Statsies — CanucksArmy’s analytics-based post game report — will be posted tomorrow morning.
Yes, the Canucks’ winning streak has come to an end at three games after falling to the Washington Capitals at home by a final score of 5-1.
Consistency, consistency, consistency.
Not to oversimplify, but tonight seemed to come down to the Canucks’ top players not playing like their top players, and Washington’s doing quite the opposite.
Washington got the game’s first two goals courtesy of captain Alex Ovechkin, who as you’ve heard by now, tied and then broke Wayne Gretzky’s road goal record with his 402nd and 403rd tonight.
The Canucks’ answer was a lone goal off the stick of Nils Höglander en route to going 0-3 on the power play. The Canucks’ best players couldn’t get the job done on the man advantage, and they couldn’t get things going at 5-on-5, either.
It seemed no one was immune to the 5-on-5 struggles, as the line blender was pulled out on multiple occasions tonight.
Even the Pettersson line, which has been among the best in the NHL so far this season, found themselves on the ice for three of Washington’s five goals.
Special teams made a difference tonight, but not in the way it usually does for the Canucks, as they were tasked with killing off just one penalty on the night and did so successfully.
Instead, it was the Canucks’ power play and five-on-five play that cost them tonight. In other words, their best players didn’t bring their A-game tonight, and that’s just unfortunate.
Spencer Martin was fine in net, but also helped illustrate further why there’s no goalie controversy in Vancouver. The goalie can’t make much of a difference if the team in front of him pots just one goal, but it seemed like last season, Thatcher Demko managed to do just that on multiple occasions. Right now, neither goaltender the Canucks have seems to have the ability to truly steal them a game.
Goaltending isn’t the problem for this team, but unlike in past years, it hasn’t been the solution, either.
Our instant reaction tonight is a bit shorter than others so far this season. The Canucks need their best players to show up each and every night if they want to continue the success they had on the road, and tonight, they simply didn’t get that.
Editorials
Recent articles from David Quadrelli