Instant Reaction: Bruce Boudreau didn’t pull the goalie because he didn’t feel like the Canucks could score vs. Wild 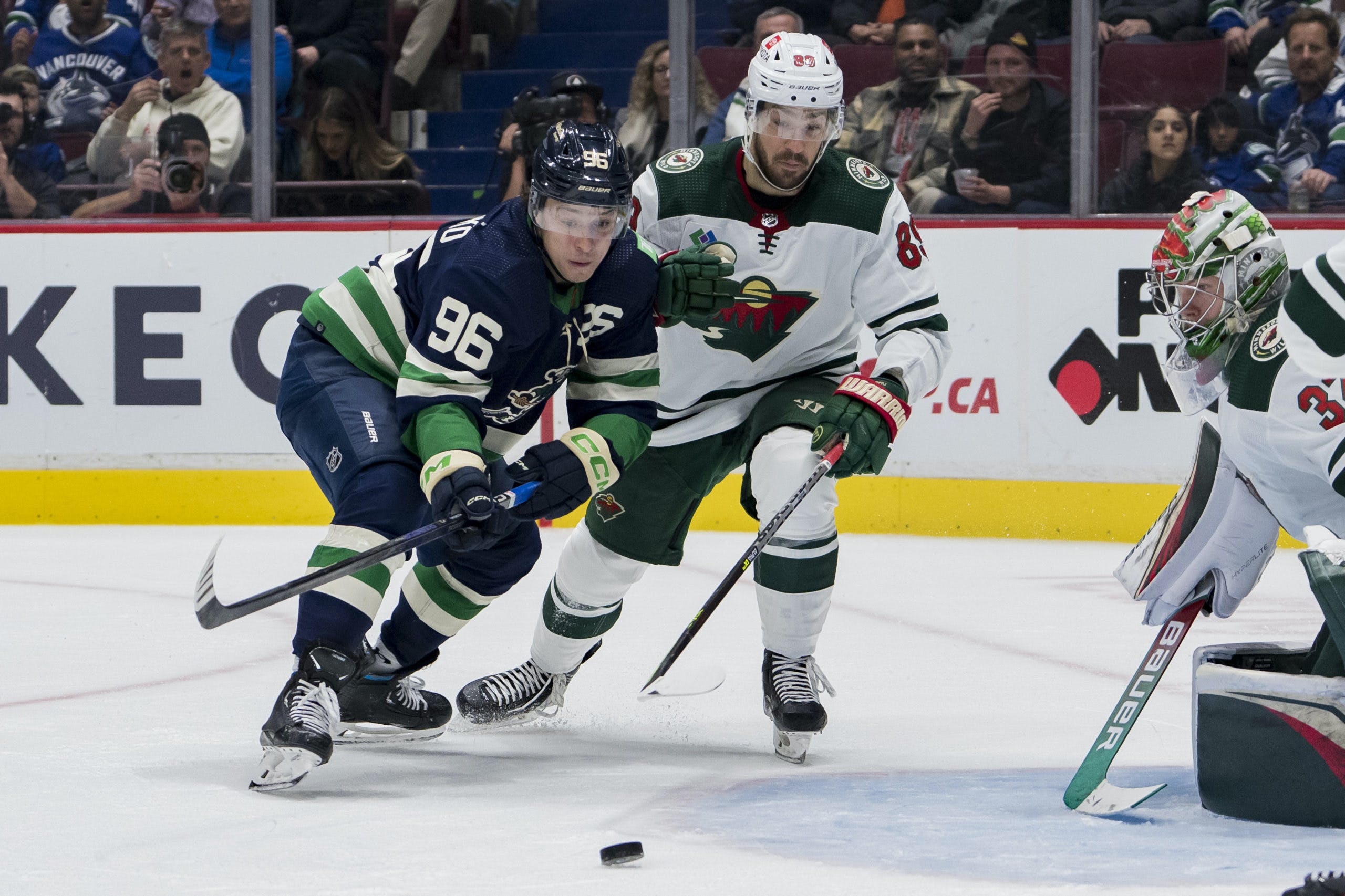 By David Quadrelli
1 month ago
Welcome back to Instant Reaction — the series at CanucksArmy where we give our instant reaction to the game and ask our readers to give theirs in the comments section below! The Stanchies by Wyatt Arndt will be posted later this evening. The Statsies — CanucksArmy’s analytics-based post game report — will be posted later tomorrow morning.
It was the second of a back-to-back with travel for the Minnesota Wild. It was a Saturday night. It was a three-game win streak.
It wasn’t supposed to go like this. Or was it?
Tonight, the Canucks lost after yet another inconsistent effort. Even in the games they’ve won recently, it’s hard to pick out even one that can be looked at as a complete 60-minute effort.
The win streak was fun, but let’s call it what it is.
The Canucks won three straight games to teams that aren’t built to win right now. The Coyotes, Canadiens, and Sharks are all rebuilding teams near the bottom of the league standings, and the Canucks needed to go to overtime in each of those wins.
The winning streak didn’t do much to instill confidence or make people forget about this team’s flaws, but getting back to .500 sure was exciting, wasn’t it?
I mean come on, 16 goals in the past three games and 13 in the last two? The brand of hockey the Canucks were playing during that win streak was exciting!
But was it sustainable? No, it wasn’t. And none of the Canucks’ problems that have been so clear for all to see this year magically disappeared because of it.
And tonight was a painful reminder of that.
The Canucks came out so flat-footed in the first period that we think that might be an insult to flat-footed folk. Spencer Martin was excellent and the Canucks escaped 1-0.
Then they came out firing to start the second period, but couldn’t convert on any of their chances. Then late in the second, JT Miller gave the puck away on the power play and the Canucks’ built-up momentum seemed to be drained immediately.
You’ll see the GIF of “the giveaway” in The Stanchies later tonight, but this was the beginning of the end for the Canucks.
The Canucks came out in the third and just looked like they were never going to come back in this game.
And you know what? Even Bruce Boudreau thought so.
That basically sums up tonight. Even the head coach looked at this game and saw that his team didn’t have it tonight. There’s a reason we made this the title of tonight’s Instant Reaction.
Hey, at least the Lotto Line got reunited! It didn’t really matter though, because no line combination and no player on the Canucks looked ready to make a difference tonight.
What did you think of this game? Let us know in the comments section below!
Editorials
Recent articles from David Quadrelli