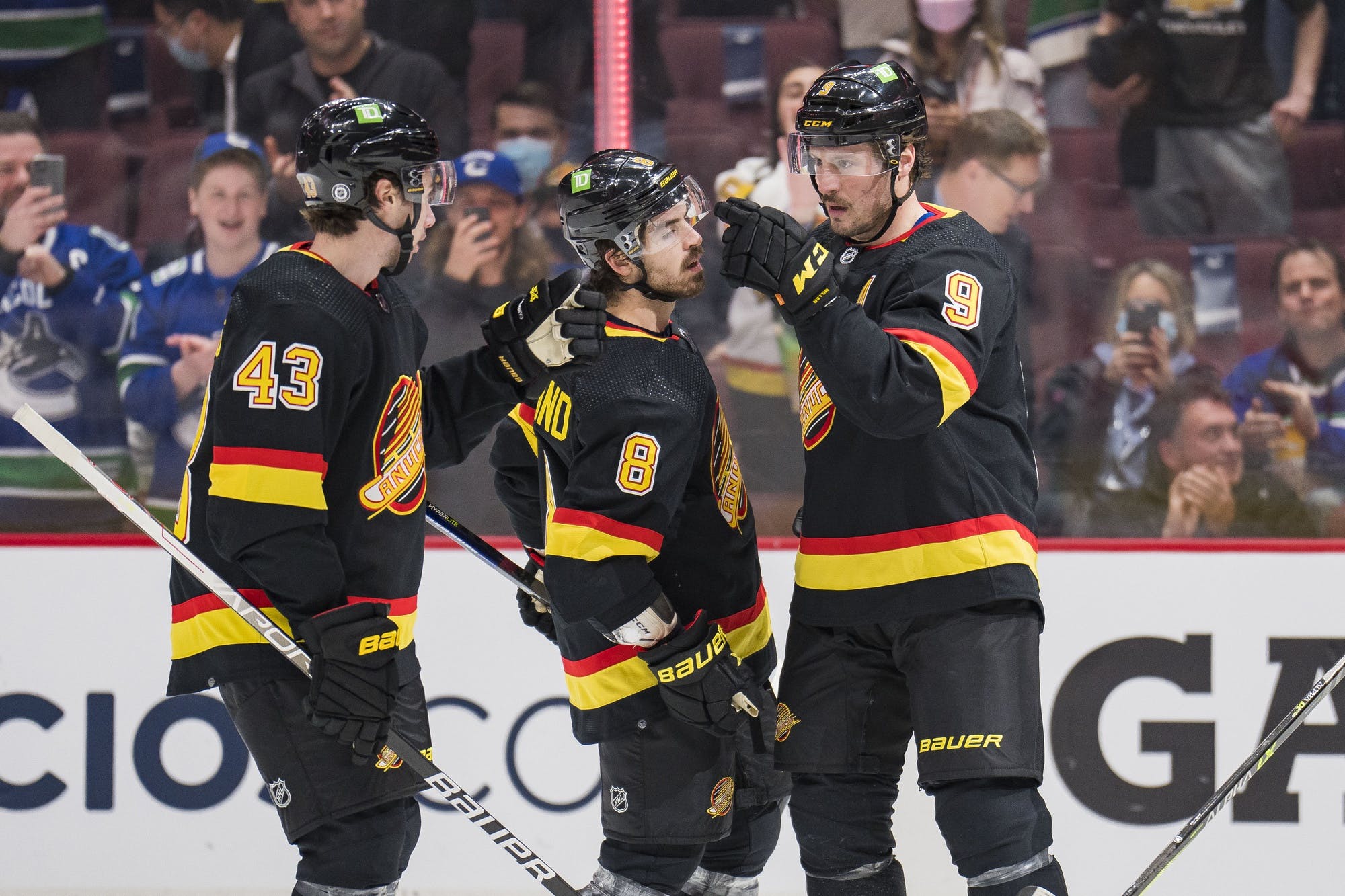 By Noah Strang
1 month ago
As the Vancouver Canucks get set to kick off their regular season tonight, there has been plenty of excitement building around the upcoming year. There are also lots of questions about where the Canucks will finish in the standings. The team missed the playoffs last season but won games at a torrid pace after Bruce Boudreau arrived, and made some significant acquisitions during the summer.
Everyone and their mother has an opinion on how the Canucks will do this season. However, only a few of those opinions are backed by some type of logical reasoning or fact. The continued use of advanced analytics and statistical models in hockey has allowed us to get better at predicting the events of the upcoming season.
There are lots of different people promoting their predictive NHL models online. This list has some of the more popular — as well as those that have proven to be more accurate during recent seasons — available to the public. Here is how the Cancuks are expected to do according to the internet’s top hockey statisticians.

Starting with the model used by The Athletic, the Canucks are projected to finish with 90.7 points and are given a 43% chance of making the playoffs. The models made by Dom are usually some of the better available in the public domain.
This is a slightly pessimistic outlook on the Canucks season compared to the general consensus. Part of the reason why the model gives the Canucks a lower chance of making the playoffs is because it has four other Pacific Divison teams ahead including the Los Angeles Kings.

98 Points, 2nd in the Pacific Division

This model, presented by JFresh on Twitter, sees a much more optimistic outcome for the Canucks this season. As you can see, it predicts the Canucks to finish with 98 points, good for second in the Pacific behind the Calgary Flames.
This would put the Canucks at 4th in the Western Conferences, ahead of teams like the St. Louis Blues, Edmonton Oilers, and Winnipeg Jets.

109 Points, 2nd in the Western Conference

The most optimistic projection for the Canucks across the web comes from PuckLuck.com. Their projection of 109 points would put the Canucks second in the Western Conference and fourth in the entire NHL, just behind the Colorado Avalanche, New York Rangers, and Boston Bruins.
This would be a dream outcome for a Canucks team that hasn’t managed to record 109 points since the Sedin twin era.

Another hockey Twitter statistician, @IneffectiveMath projects the Canucks to have quite a successful season. With the best playoff probabilities of any Pacific Division team, this is one of the most optimistic projections. This model is quite low on both the Calgary Flames and Edmonton Oilers, helping push the Canucks higher in the standings.
News
Recent articles from Noah Strang