“He checks all of our boxes”: Why Jaroslav Halak was the right target for the Vancouver Canucks 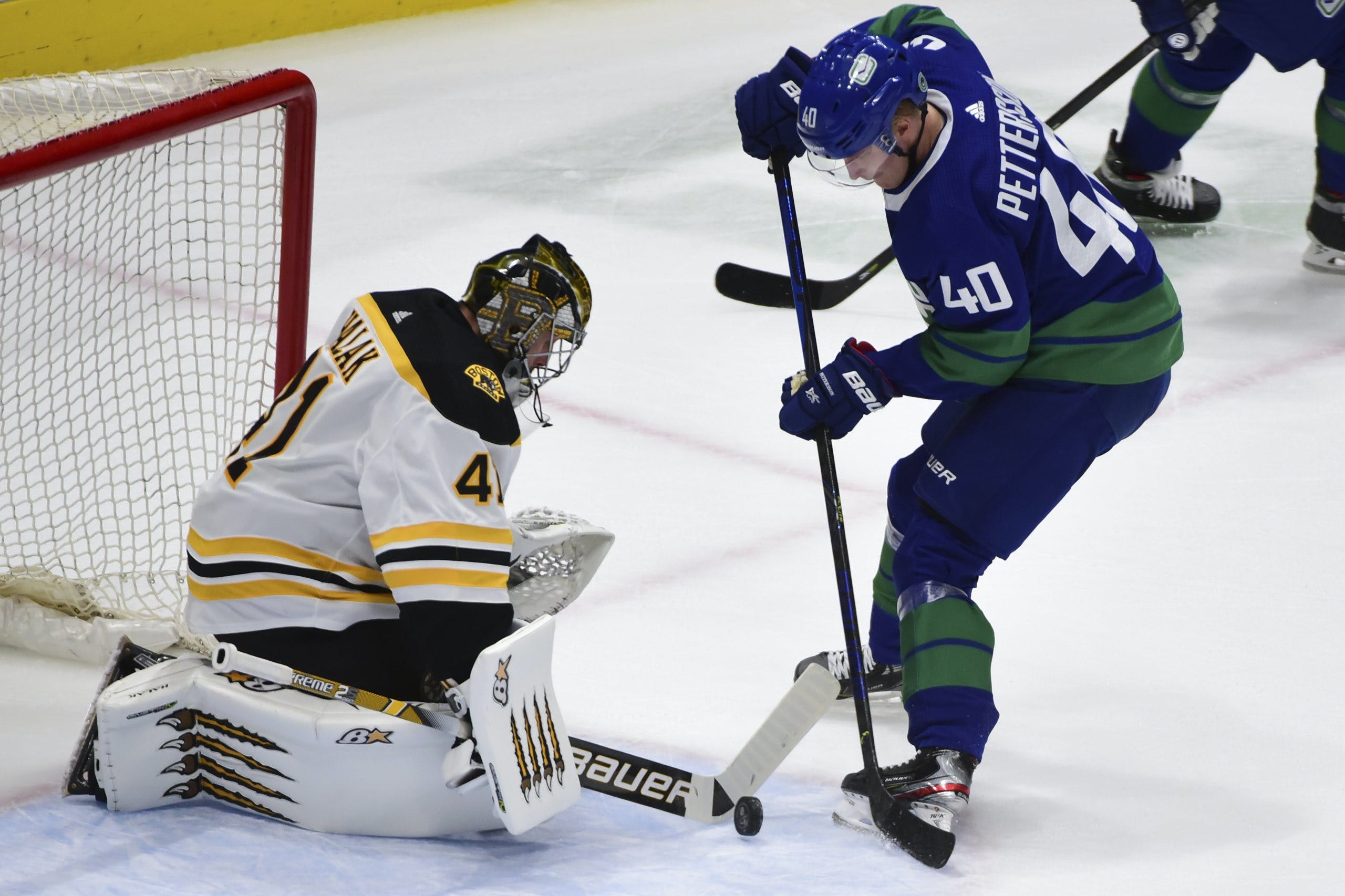 By David Quadrelli
1 year ago
The Vancouver Canucks have made a lot of bets this offseason — some riskier than others.
There’s the bet that Oliver Ekman-Larsson can return to even a fraction of his former Norris Trophy calibre form.
There’s the bet that Danila Klimovich’s high upside and raw tools can silence the critics of the club’s choice to select him over BC product Logan Stankoven.
There’s also the bet that a 36-year-old Jaroslav Halak can return to his former glory.
And to be clear, that former glory wasn’t that long ago at all.
Halak struggled last year with Boston, posting a save percentage of .905, the lowest of his career since 2013 when he was a member of the St. Louis Blues.
While it’s very possible that father time is simply catching up to the 16 year NHL veteran, the Canucks are hoping last season was just the case of a weird COVID-19 impacted year backstopping a Bruins team that wasn’t nearly as defensively sound as they were in years prior.
The Canucks signed Halak to a one-year deal that will only take up $1.5 million of their cap space next season, but the bonuses in his contract are incredibly attainable. Halak’s deal includes a $1.25 million bonus for appearing in at least 10 games, and another $250,000 bonus for owning a save percentage above .905.
Halak’s deal also includes a full no-movement clause. He’s their backup for this season, and the Canucks are hoping for a serious bounce back from him.
Every bet carries some risk, but the words of goaltending coach Ian Clark might make fans feel like Halak is a goalie worth betting on.
“He’s a goaltender that has excelled and had an incredible career,” Clark told CanucksArmy. “To be able to have done what he’s done in his career at his size speaks to his intelligence for the position. His reads are absolutely incredible. This is one of the most intelligent goaltenders that I’ve ever encountered.”
This is a goaltender who just two seasons ago was keeping up with the play of Tuukka Rask, which in turn gave the Bruins one of the best tandems in the league.
“We have a goaltender coming in that is going to be an invaluable resource for Thatcher Demko, Michael DiPietro, and our other goaltenders,” added Clark. “Jaro Halak continues to excel at the goaltending position. At the end of the day, he checks all of our boxes from the standpoint of coming in and being a part of our group.”
For the Canucks, keeping the deal to one year was key. For Halak, getting a chance to nearly double his earnings and control his destiny was huge.
Aside from that intelligence and bounce-back potential, signing Halak to a one-year deal was the right move for the organization to make from a process point of view. Internally, the Canucks are high on goaltending prospect Michael DiPietro, and some within the organization even believe he’s ready for a full-time NHL backup role.
The issue is — because the organization chose to keep DiPietro on the taxi squad for the majority of the 2021 campaign — nobody really got the chance to see him play, thus making it difficult to determine with confidence if he’s actually ready.
The Canucks were in a similar position last offseason, granted, with their starting netminder instead of their backup.
While they hoped it would be the case, nobody knew for sure if Thatcher Demko could be as good as he was in the bubble over the course of a full season. As a result, Braden Holtby was brought in as the safety net.
Simply put, in a year where the Canucks have made it clear that they’re going all in and are hellbent on making the playoffs, the club needed the safety net of Halak.
Halak was the right target because he’s only blocking Mikey DiPietro from knocking down the door for a year at most, and if Demko goes down with an injury, there’s still a real chance that Halak has got some game left in him.
Banking on DiPietro being NHL ready just wasn’t a realistic plan, even though that very well could be the case.
But more on that tomorrow.
Uncategorized
Recent articles from David Quadrelli