Examining the Canucks’ past head to head record against each Canadian Division team: Montreal Canadiens 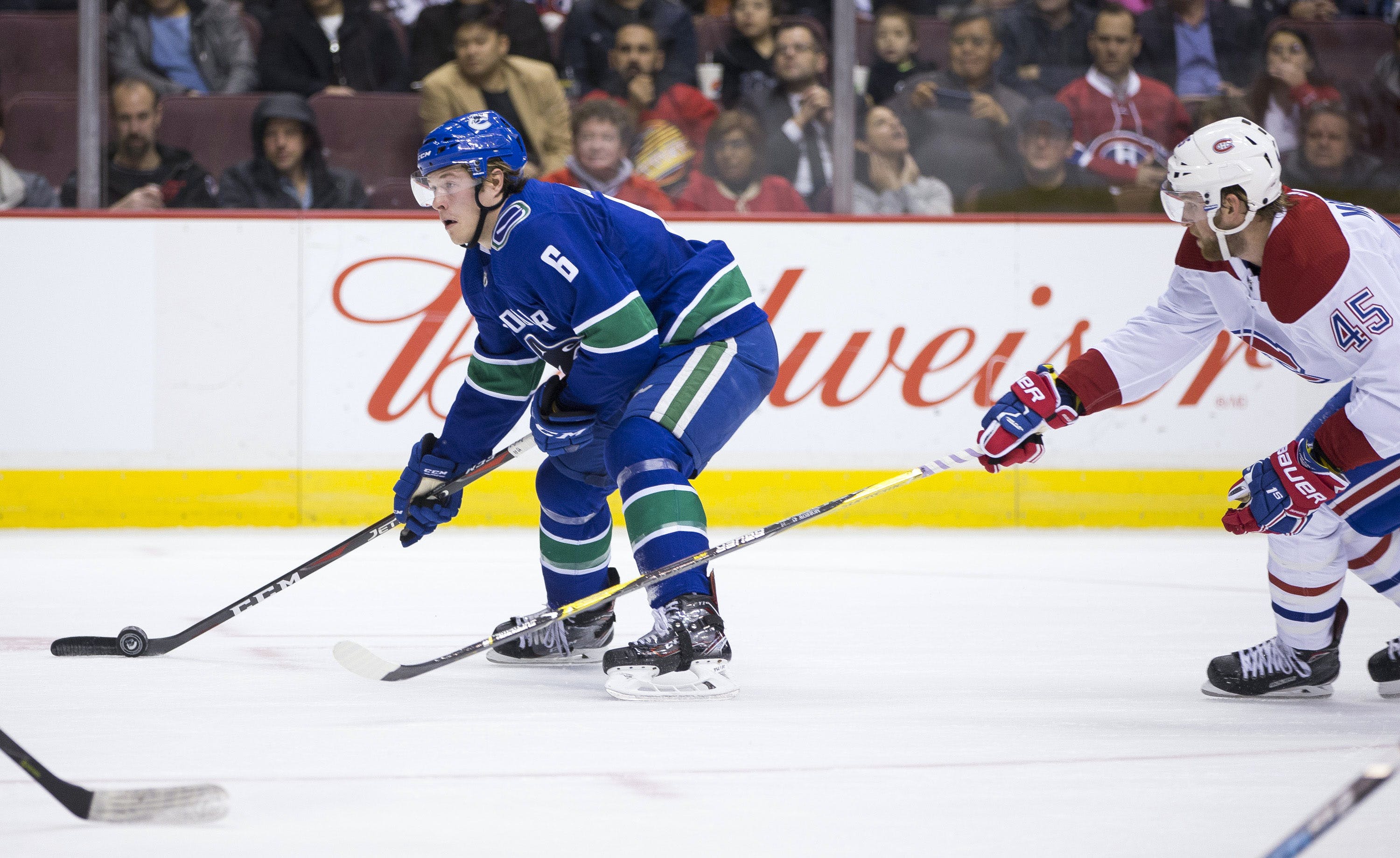 By Jason Jhutti
2 years ago
Le bleu et rouge affronteront les Canucks de Vancouver neuf fois cette saison.
Ok, thanks, google translate; that will be all the French for today. For those like me who had trouble with French in school, that translates to “the blue and red will play the Vancouver Canucks nine times this season.”
The Montreal Canadiens barely snuck into the play-in round, but were apart of the Edmonton bubble, nonetheless. With a surprise win against the higher-seeded Pittsburgh Penguins in a best of five, the Canadiens got bounced by Pennsylvania’s other team — the Philadelphia Flyers — in six games in the round of 16.
The first time the Canucks will see the Canadiens is on January 20th when the Canucks open up their home schedule with three games in four nights, all against the Canadiens.
The Canadiens and the Canucks don’t square off often, but the numbers don’t favour the west coast team in the two club’s limiting meetings. A 4-3 overtime win last season was the only win the Canucks have turned up in three years over the Habs.

Having a PK of 60% just isn’t good enough. Stopping the point shot from Shea Weber will be a high priority when it comes to improving that PK percentage. While most sane people might want to get out of the way when a 105-plus mph shot comes at you, guys like Tyler Motte will put their bodies on the line to prevent anything from reaching the net. It will be up to Motte and co. to improve the PK numbers, while Elias Pettersson’s abilities will be on full display on the power play.
The past three seasons have been a struggle, but If we go back even further to the 2007-08 season, the year Carey Price entered the league, the Canucks have only mustered six wins in 22 games against Montreal.
Price has suited up for 19 of those games and posts a 13-2-3 record with three shutouts. Still, the past three seasons haven’t been good at all and if the Canucks hope to play in the postseason, having a better record against the Habs is a good place to start.
That being said, in the NHL grand scheme, the two teams have been very similar in many categories.

With Identical goals for and similar points percentages, the Canucks and Canadiens have also found themselves close in the overall standings. Both teams are gunning to make the postseason in what’s expected to be an ultra-competitive Canadian division. In the past six seasons, the Canucks have made the dance twice while the Canadiens have managed to bat 50% and make the playoffs three times.

Tomas Tatar, Phillip Danault, and Brendan Gallagher work well together. All three either passed or came just shy of passing career highs in points percentage last season. The line provides a well-balanced attack of speed, skill, and grit. The lotto line could have the task of shutting them down this season.
Going into his fifth season with the Canadiens, Shea Weber is still an essential piece for the franchise. Solidifying the backend, Weber will likely once again see an average of 24 minutes of ice per game this season, and maybe even more than that. With a bomb of a shot, Weber managed 15 goals and has bounced back from two injury plagued seasons that saw him miss the majority of the 2017-18 season and over 20 games in 2018-19.
Both the Canucks and Canadiens will have a new face behind the mask, be it a backup goalie for the Habs or a 1-A and 1-B situation in Vancouver. However, there’s no debate on which team has the best goalie. Carey Price is the heart and would of the Montreal Canadiens. If his form dips or he gets injured, you can call the fat lady because their season is over. At the age of 33, Price can still steal games and play on back to back nights, especially with limited travel. As mentioned earlier, Price’s play against his home province is not a good omen for the Canucks.

What’s new with the Canadiens

The Canadiens have been a busy bunch heading into the season, starting with acquiring goaltender Jake Allen and defenceman Joel Edmundson. However, the most significant offseason trade came at the expense of Max Domi. Domi was traded to the Columbus Blue Jackets in exchange for Josh Anderson.
On the signing front, Canucks fans will see a familiar face wearing the blue and red as Tyler Toffoli signed a four-year deal with the team this offseason. Along with Toffoli, notable names include Michael Frolik and Corey Perry.

What to expect from the Canadiens

Rock-solid in net, a revamped top-six group and a gritty defence, the Montreal Canadiens will frustrate the Canucks and the entire North Division. Claude Julien is considered a “defensive-minded coach,” but Julien’s teams always play with pace while maintaining possession. While in the offensive zone, they work from the top down. For example, most teams keep the play down low, but the Canadiens’ attack starts at the top with their defence and then their forwards from the slot, thus creating a trickle-down effect, which seems like an avalanche of shots at times and if all fails, crash the net.
Without a bonafide number one centre, Montreal’s centre depth is an area the Canucks can take advantage of, especially with Bo Horvat and Pettersson’s skill, size, and speed. The pair will be one of the best one-two punches in the division and a handful for the Canadiens.
The Canucks have the forwards and defence to compete against fellow bubble teams this season, and such is the case against the Canadiens.
Overall, seeing the Canadiens early in the year will be a good measuring stick for both teams. The Canucks are a team that typically start the season strong, which should bode well for their chances to flip the script on the Canadiens.
Series prediction: 4-3-2 Canucks
Uncategorized
Recent articles from Jason Jhutti