Examining the Canucks’ past head to head record against each Canadian Division team: The Ottawa Senators 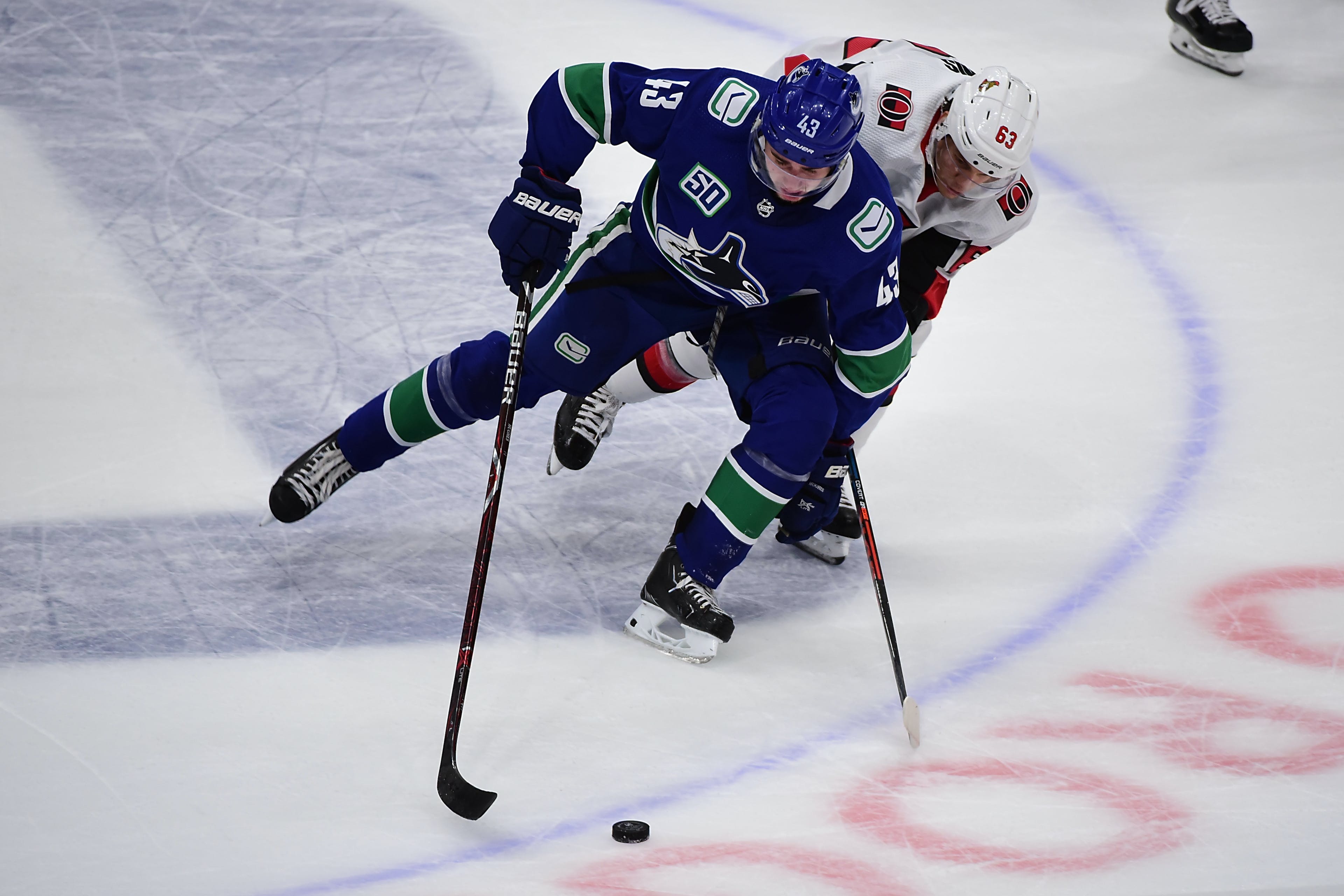 By Jason Jhutti
2 years ago
The Vancouver Canucks will play the Ottawa Senators nine times this season.
March 11th of 2020 was the last time the Senators hit the ice in what turned out to be an unforgettable season, a season that saw them finish 30th in the league. This year, the Senators will have familiar names returning and will also have some new faces. However, since the hockey world hasn’t seen them in ten months, there are a few things we may have forgotten about the Ottawa Senators but don’t worry, we’ve got you covered.
Last season the two teams squared off twice, and split the season series, winning 5-2 at home. While the Canucks were getting ready for the Playoffs and the return to play, the Senators were in full offseason mode, but to be fair, their entire year last year seemed like they were in offseason mode.
In the past three seasons, the Canucks have dominated the season series with a winning percentage of .750.

The Canucks special teams — especially the power play — have clicked at astonishing rates against the Senators over the past three years, primarily due to Elias Pettersson feasting for five power-play points.

Both batting in the lower half of the league the past three seasons in most categories, the Canucks turned a corner last season and are poised to continue that trend. As for the Senators, they’re in year three of their rebuild.

The Canucks will have their hands full whenever Brady Tkachuk hits the ice this season. The winger led the Senators in his sophomore season with 45 points and was second in the league with 303 hits. Tkachuk was one of the lone bright spots for the team last season.
Connor Brown saw a career-high this past season in assists and points. With an increased top-six role, Brown will be leaned on once more in aiding budding star Tim Stuetzle and the other young Senators.
While leading the NHL in time on the ice, Thomas Chabot was incredible during the 2019-20 season despite playing for a bottom of the league team.

What’s new with the Senators

What’s old is new again, as the Senators will be bringing back their look from when they first entered the league in 1992. With new threads, the team will look sharper on the ice, but how they play in them will likely be unpleasant.
The Senators selected Tim Stuetzle at third overall and Jake Sanderson (son of former Canuck Geoff Sanderson) at fifth overall along with Ridley Greig in the first round of the 2020 NHL Draft.
After the draft, Stuetzle suffered a fractured arm, but recovered in time to be added to the roster for Germany in the World Junior Championship. He and Greig have signed their rookie contracts leaving Sanderson as the lone first-rounder without a contact…yet.
After buying out Bobby Ryan and letting Mark Borowiecki, Craig Anderson, Anthony Duclair, Ryan Callahan and others walk in free agency, this year’s Ottawa Senators will look slightly different. Incoming to replace those departures are Evgenii Dadonov, Alex Galchenyuk and former Canuck Erik Gudbranson. The Senators also acquired defenceman Josh Brown from the Florida Panthers and goaltender Matt Murray from the Pittsburgh Penguins. (Brock Boeser will be happy about that).

What to expect from the Senators

The Senators will be a better team to watch this year but will still see themselves at the bottom of the North “Scotia” Division once the season concludes.
Senators coach DJ Smith likes to have his players work hard, play fast and give it their all in every game. He sets up his offensive zone structure as a track game, meaning when they’re on the offence, he likes to have a fast-tracking transition with five guys back to help in their end. He encourages all of his defencemen to be active on the rush, which can lead to odd-man rushes the other way, which benefits the Canucks.
The Canucks are deadly when they attack off the rush and are among the league’s best clubs in transition. Add that with a lethal power play, and it can be expected that the Canucks should do a lot of damage on the scoreboard against the Senators this season. They’re a deeper team than the Senators and have fewer question marks overall. With every game meaning so much in the Canadian Division, taking as many points as possible against the Senators will be crucial.
The Senators have the building blocks in place and are what the Canucks were a few seasons ago. Games against the Canucks will be a measuring stick for them. However, with the Canucks depth (compared to Senators) and elite talents such as Elias Pettersson and Quinn Hughes leading the way, the Canucks will have a feast while munching on the team from Canada’s capital.
Series prediction: 5-2-2
Uncategorized
Recent articles from Jason Jhutti