Erik Karlsson’s resurgence and the Bruins’ botched Mitchell Miller situation: Around the League 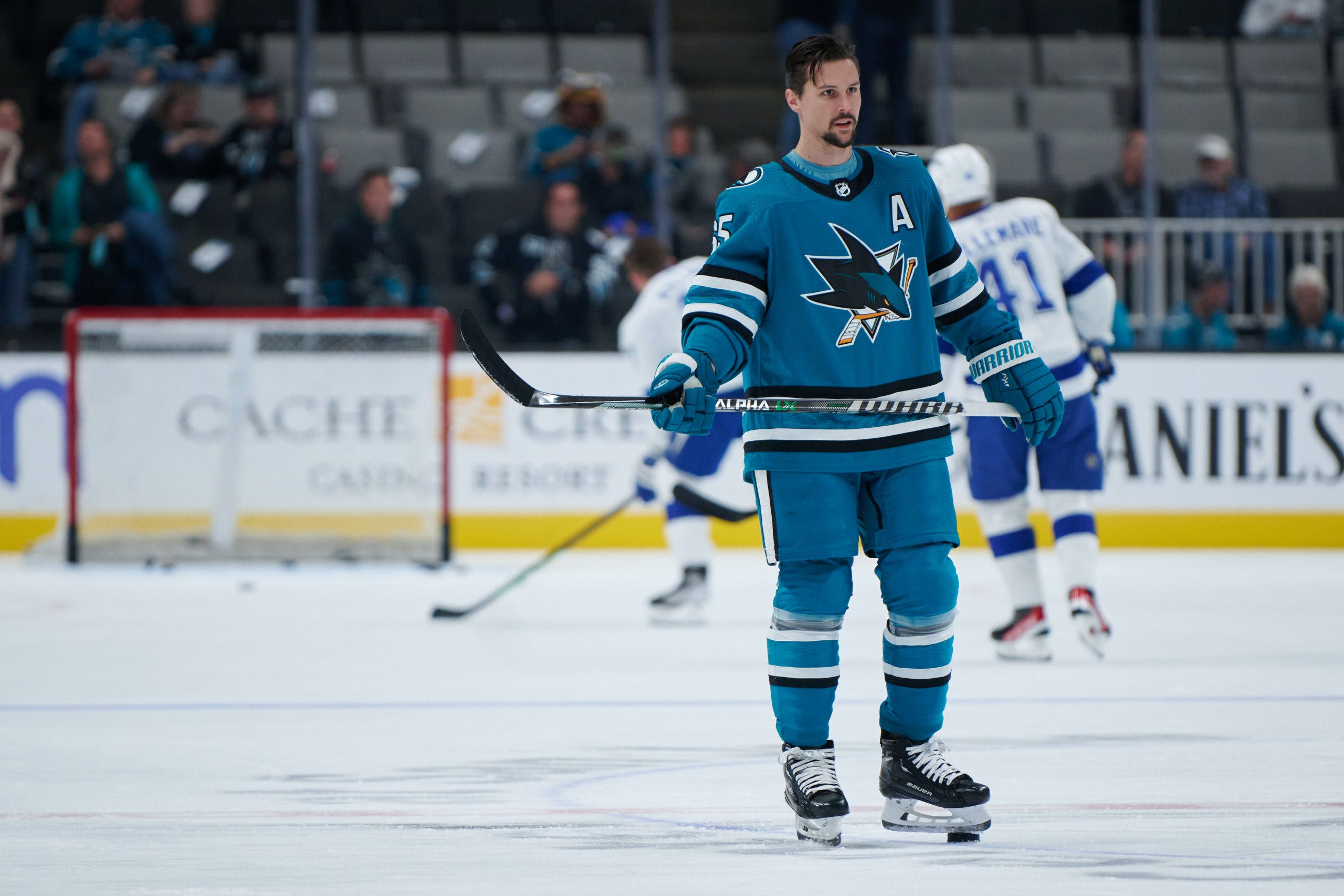 By David Quadrelli
2 months ago
Welcome back to Around the League — the column in which we examine news and notes from around the National Hockey League, oftentimes through a Canucks-tinted lens.
The new NHL season has been full of surprises so far. Most of those surprises have come in the form of the standings, but some have come in the form of individual performances, as well.

Chief among those individual performance surprises has been the resurgence of San Jose Sharks defenceman Erik Karlsson.
A two-time Norris Trophy winner during his time with the Ottawa Senators, Karlsson was long considered one of the game’s premier offensive defencemen.
And he was paid like one after the rebuilding Senators traded him to the Sharks back in 2018. But before we get to that contract, it’s truly miraculous to look back and see how many pieces Ottawa netted in that trade that are key cogs to their team today:

Courtesy of HockeyDB
The Sharks signed Karlsson to an eight-year contract worth $92 million — an annual average value of $11.5 million — in the summer of 2019, and almost immediately Karlsson began showing signs of serious regression.
Karlsson put up six goals and 34 assists through 56 games in his first season after signing with the Sharks, but the past two years since were much worse; and as the Sharks enter a rebuild under new management, many around the league viewed Karlsson’s contract as nothing more than an anchor that would continue to age poorly.
Karlsson is currently tied with Canucks captain Bo Horvat with ten goals for the second-most goals this season. The duo trail just Connor McDavid for the league lead in goals.
Through 14 games this season, Karlsson has already matched his total goal count from last season and has added nine assists in the process.
At this rate, the 32-year-old Karlsson may end up being a trade deadline rental for a contending team. The Sharks will almost certainly have to retain some salary on the contract in order to move it, but nonetheless, Karlsson’s resurgence is a welcome surprise for the organization.
We’ll see how long he can keep this up, but Karlsson’s start so far has been nothing short of remarkable.

It will truly go down as one of the biggest unforced off-ice errors in NHL history.
On Friday, the Boston Bruins announced they had signed defenceman Mitchell Miller to an entry-level contract. Miller was the Arizona Coyotes’ first pick in the 2020 NHL Entry Draft, taken in the fourth round. Only a little while later, in October 2020, a story broke in Arizona Central detailing Miller’s involvement in bullying a Black classmate with developmental disabilities named Isiah Meyer-Crothers when they were teenagers.
Miller and another person were convicted of violating the Ohio Safe Schools Act for this incident in an Ohio Juvenile Court. The punishment included 25 hours of community service, forced counselling, and an apology to Meyer-Crothers.
However, Meyer-Crothers and his mother continue to state that they have not received any direct apology from Miller. They also claim that the bullying was far than just a single isolated incident, instead stretching across the course of many years, a story that has been repeated by others close to the situation.
The Coyotes cut ties with Miller, renouncing their draft rights to him, leaving Miller as an undrafted USHL player.
The Bruins’ decision to offer Miller an ELC received immediate pushback, not just from fans and media, but the Bruins’ own leadership group, with captain Patrice Bergeron, Nick Foligno, and Brad Marchand speaking out publicly about the confusing signing.
And on Sunday, just two days after they announced the signing, the Bruins announced they were parting ways with Miller, with president Cam Neely releasing a statement in which he apologized to the Meyer-Crothers family.

“Today the Boston Bruins have decided to part ways with Mitchell Miller, effective immediately.
“The decision to sign this young man was made after careful consideration of the facts as we were aware of them: that at 14-years-old he made a poor decision that led to a juvenile conviction. We understood this to be an isolated incident and that he had taken meaningful action to reform and was committed to ongoing personal development. Based on that understanding we offered him a contract.
“Based on new information, we believe it is the best decision at this time to rescind the opportunity for Mitchell Miller to represent the Boston Bruins. We hope that he continues to work with professionals and programs to further his education and personal growth…
“…To Isaiah and his family, my deepest apologies if this signing made you and other victims feel unseen and unheard. We apologize for the deep hurt and impact we have caused.
Finally, as a father, I think there is a lesson to be learned here for other young people. Be mindful of careless behaviors and going with the group mentality of hurting others. The repercussions can be felt for a lifetime.”