Duncan Keith to the Vancouver Canucks never made any sense 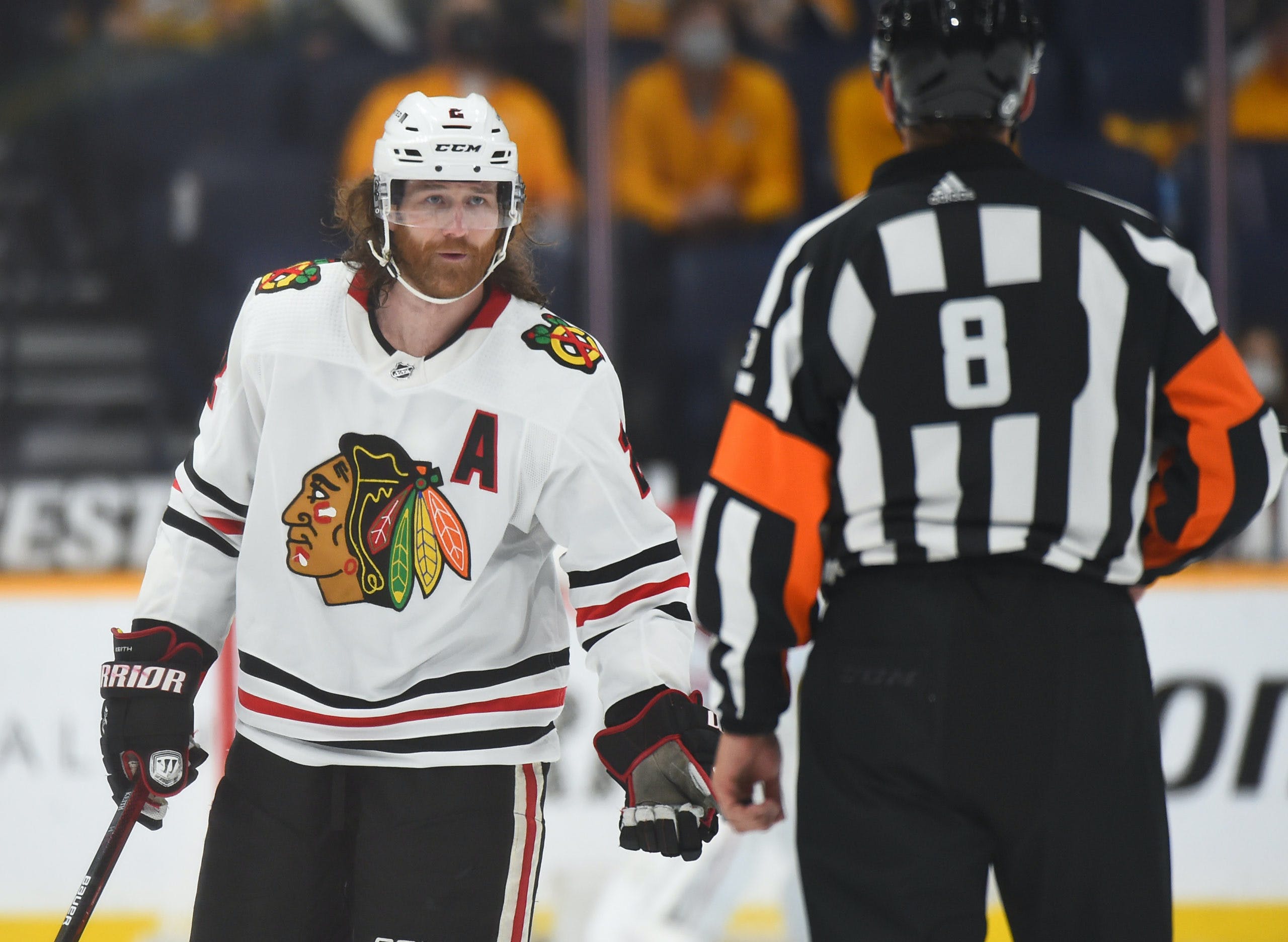 By David Quadrelli
1 year ago
On Wednesday afternoon, Elliotte Friedman of Sportsnet reported that the Chicago Blackhawks are looking to move Duncan Keith to a team in either the Pacific Northwest or Western Canada.
According to Patrick Johnston of Postmedia, Keith’s desire is to play for a team closer to his eight-year-old son, who lives in Penticton with his mom, Keith’s ex-wife.
That leaves few options for potential destinations, but among those options are the Vancouver Canucks.
Multiple reports heavily indicate that Keith will land with the Edmonton Oilers or Seattle Kraken, with the Oilers being the most likely landing spot.
“The Vancouver Canucks were not aware that Keith was being shopped because Edmonton and Seattle were identified by the player and his agent as the two teams,” said Rick Dhaliwal of Donnie and Dhali – The Team. “The Canucks were not on the list for Duncan Keith because of cap issues — and are they going to win in the next couple of years?”
So the Canucks were never real players for Duncan Keith, but should they have been? No, they absolutely should not, despite what some on Twitter may tell you.
The Canucks and their fans have a complicated history with Keith.
He infamously elbowed Daniel Sedin in the head:
And obviously, he was a part of those extremely successful Chicago teams of the late 2000s, the proverbial “dragon” that the Canucks struggled to slay for years.
To say the least, there are a lot of fans in this city who strongly dislike Duncan Keith, so the gut reaction to this news was to keep Keith as far away from Vancouver as possible.
But could it have made any sense for the Canucks?
Forget everything that happened in the past, could acquiring Duncan Keith actually make the Canucks better? Let’s examine.
First, let’s start with Keith’s on-ice play.
This past season with the Blackhawks, Keith’s abilities at both ends of the ice dropped off somewhat remarkably:
Defensively, he struggled mightily when matched up against top lines, and offensively, he put up a career-low 15 points.
Keith also posted career-low corsi numbers, which have been on the decline over the past three seasons, but took the most sizeable drop this past season:

This is all to say it’s safe to assume that Keith isn’t going to bounce back to his former glory anytime soon, thus, the acquiring team likely doesn’t have to give up an arm and a leg to acquire him.
Enter the contract.
Keith has two years left on his deal that carries a cap hit of $5.538 million, and he’ll be 39 at the time of its expiry. The only positive about that contract is that he’s owed just $3.6 million in real dollars over those two years, which will certainly seem enticing for a club that had unfathomable financial losses since the start of the pandemic.
But that still isn’t reason enough to make a move for Keith.
To take on such a contract for a player clearly on the decline, the acquiring team would likely be looking to send money back the other way. In the case of the Canucks, this would certainly be the case.
Whether that’s Loui Eriksson, Antoine Roussel, or another bloated contract, the Canucks could potentially get out of a bad contract if they pulled the trigger on a Keith deal.
The only problem with that is, the one they’re taking back is also a bad contract, and it’s not set to expire for another two years.
It’d be one thing if Keith was still capable of playing top-four minutes and could actually serve the Canucks well for the next two seasons, but at this point in his career, he’s likely best suited on a third pairing.
If the Canucks really want a veteran rearguard on their third pairing, they can bring back Alex Edler at a reduced cost — and early indications suggest they’ll do exactly that.
Keith may be on the trade block with very limited potential destinations, but his reputation in Vancouver aside, trading for Keith doesn’t make sense for the Canucks from an on-ice perspective.
Thankfully, his full no-movement clause and desire to join the Oilers or Kraken likely means Canucks fans never have to live out this nightmare.
Uncategorized
Recent articles from David Quadrelli