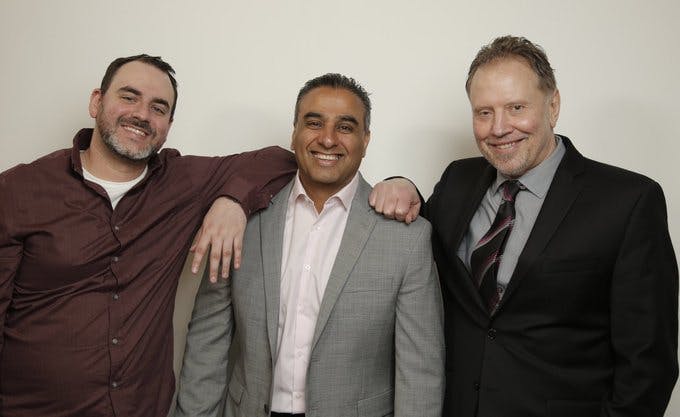 By David Quadrelli
1 year ago
It’s been in the works for a while, and it’s finally been officially announced.
Longtime contributors to the TEAM/TSN1040 AM radio station in Vancouver Rick Dhaliwal and Don Taylor are making their return to the media scene via a midday TV show on locally-owned CHEK TV.
CHEK made the announcement via Twitter late this afternoon:
The show, titled Donnie and Dhali — The Team is set to debut on April 5th. The show will run from 10 AM to noon, Monday to Friday.
In their announcement, CHEK wrote the following:

It will also be available on multiple digital platforms including CHEKNews.ca, as a live and on-demand podcast on Apple, Spotify and other podcast providers, and will also be provided on the soon-to-be-launched CHEK+ app for Roku, Apple TV, Amazon, Android and iOS.

“When TSN 1040 closed, a lot of fans were very disappointed. And so were we,” says Taylor. “The fact CHEK is an independent, local, employee-owned station, made our decision to join them a no-brainer. Fans in the Lower Mainland, Victoria and throughout Vancouver Island are going to have a relevant show that reflects them.”
Sportsnet and Hockey Night in Canada’s Elliotte Friedman will also be a contributor to the show, while former Donnie and the Moj producer Ryan Henderson will be producing the program.
“We need to get everybody back working. There was so much talent. I’m so happy that CHEK was thinking about us,” Dhaliwal told The Province.
CHEK is available to Shaw customers on channel 6, and on channel 9121 for Telus customers.
Uncategorized
Recent articles from David Quadrelli