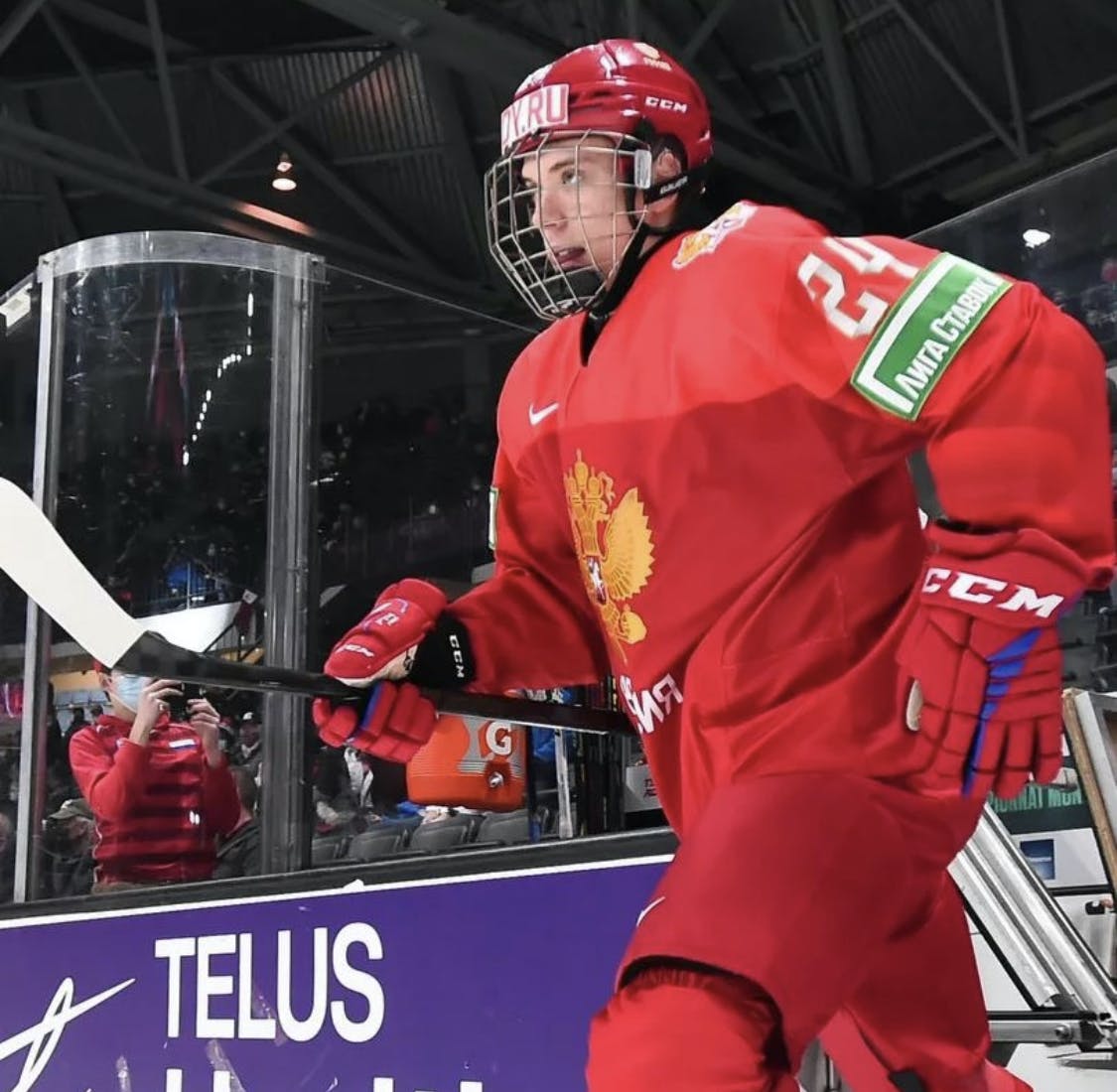 By Faber
5 months ago
The chances of Russian prospects sliding in the NHL draft are extremely high this year and there is one winger who has a ton of talent that should be available for the Canucks at 15th overall in the draft.
Danila Yurov has a ton of talent but was not given much of a chance to showcase his play in the KHL this past season. He was utterly dominant in the MHL, which is the junior league in Russia. His combination of pace, stick-handling and hockey sense are the reasons why his name is showing up in the top-10 of a lot of the public scouting rankings.
If the Canucks are willing to take a risk on Yurov, the payoff could be massive. There isn’t much of a risk from his play as he checks all the boxes for a prospect who projects to be at least a middle-six winger in the NHL. He will spend another year in Russia as his contract runs through the 2022-23 season.

When it comes to size, Yurov already looks like an adult. He comes in at 6’1″ and weighs around 180 pounds. It’s clear to see that he can physically dominate in the Russian junior league as he was able to lean on defenders in the offensive zone and make easy passes even with the opposition all over him.
Yurov is a right winger who does not play any centre. He’s a left-shot right-winger but that may be because of just the lack of right-shot players in Russia. Which by the way, if you know the story on why there are barely any right-shot players in Russia, let me know in the comments — I’d love to know or hear your theory!
Though he dressed for 21 KHL games this past season, he only averaged 4:36 of ice time through those 21 games in Russia’s top professional league. Most of his time was spent in the MHL, where he was simply too good in comparison to the competition that he was playing against. Yurov had 36 points in 23 games and was head and shoulders above his fellow 2022 draft-eligible Russians when it came to points per game.

MHL stats are provided by Elite Prospects.
Watching MHL tape on Yurov was fun but it got boring after a while. He was clearly at another level and could have likely benefited from some time in the VHL (Russian minor league) instead of being a bench warmer in the KHL.
There were too many times where it looked like he was toying with defenders like an orca to a seal. Yurov was able to physically dominate but also showed extremely well in his own zone as he was a takeaway machine. We also really liked his forechecking effort level, he put pressure on MHL defencemen and they consistently cracked, setting up easy chances for Yurov and his Stalnye Lisy Magnitogorsk teammates. 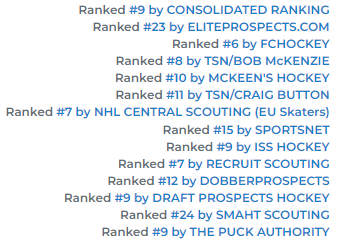 We don’t have a weaknesses portion in these prospect reports and even if we did, Yurov wouldn’t really need one. That is the biggest strength that we see in his tape. He is a well-rounded hockey player. Yurov has great hands and doesn’t break stride to use those high-level hands. He can make passes, deke opponents and cut to the dirty areas in full-stride and we find his skating ability to be in the upper echelon of this entire draft class.
While some prospects lack the top-end speed, Yurov has that as well as good agility with or without the puck. He showcases his quick movements while forechecking and once he forces a turnover or a bobble, he is able to quickly find streaking teammates or work his way to the net and create a scoring chance for himself.
It’s consistent that Russians ranked this high have good hands and can finish but the thing that we really love in his game is his willingness to work. This type of effort level combined with the puck skills that he has leads us to believe that he will be an NHL winger within the next two-three years.
We love what we see in the defensive zone from Yurov. He is arguably one of the top-five two-way forwards in the draft. He is constantly moving both his head and his feet to anticipate where scoring chances are coming from and has an active stick to disrupt offence on the regular.
Yurov works hard to get to high-quality scoring areas at both five-on-five and on the power play. He doesn’t settle for perimeter shots with the man advantage and is even more aggressive at even strength as he is consistently found around the crease and digging for loose pucks.

Here are nine goals from Danila Yurov during his play in the MHL this season.

Grade if the Canucks draft at 15: A

It’s our belief that Yurov has one of the highest floors in the 2022 NHL Entry Draft from the evaluation of his entire game, including skill, effort, positioning, and skating. He checks every box for a prospect and has the skillset to be a top-10 pick. With only one year left on his KHL contract, you hope that he will be able to come to North America for the 2023-24 season and could bypass the AHL and become a bottom-six forward just 14 months from now.
He should get more ice time in the KHL this coming season and if he is able to produce with the limited minutes that he will receive, there will be even more excitement from the team that selects him on day one of the entry draft. He could slide to the Canucks at 15 because of the Russia factor, and if he does, it feels like a similar situation as Vasily Podkolzin — who was a top talent in the draft but because of questions with his contract and other worries, slid to the Canucks at 10.
Yurov could very easily be a top-10 pick if a team is willing to draft him out of Russia, and with only one year remaining on his contract, you’d think a team will be able to get him to North America and with their development team sooner rather than later.
We really like Yurov and if the Canucks were to draft him with the 15th overall pick, it’s a massive boost to the prospect pool. You’re getting a defensively sound winger who has the hands and skating ability to keep up with offensive play. A team is getting an NHL player in Yurov and if it’s the Canucks, I’d be happy to wake up for some more 6 am games as I did for Podkolzin’s SKA games in the two years prior to him coming to Vancouver.
We broke down the Canucks’ draft day plan and much more in the video below!
More from CanucksArmy:
Uncategorized
Recent articles from Faber