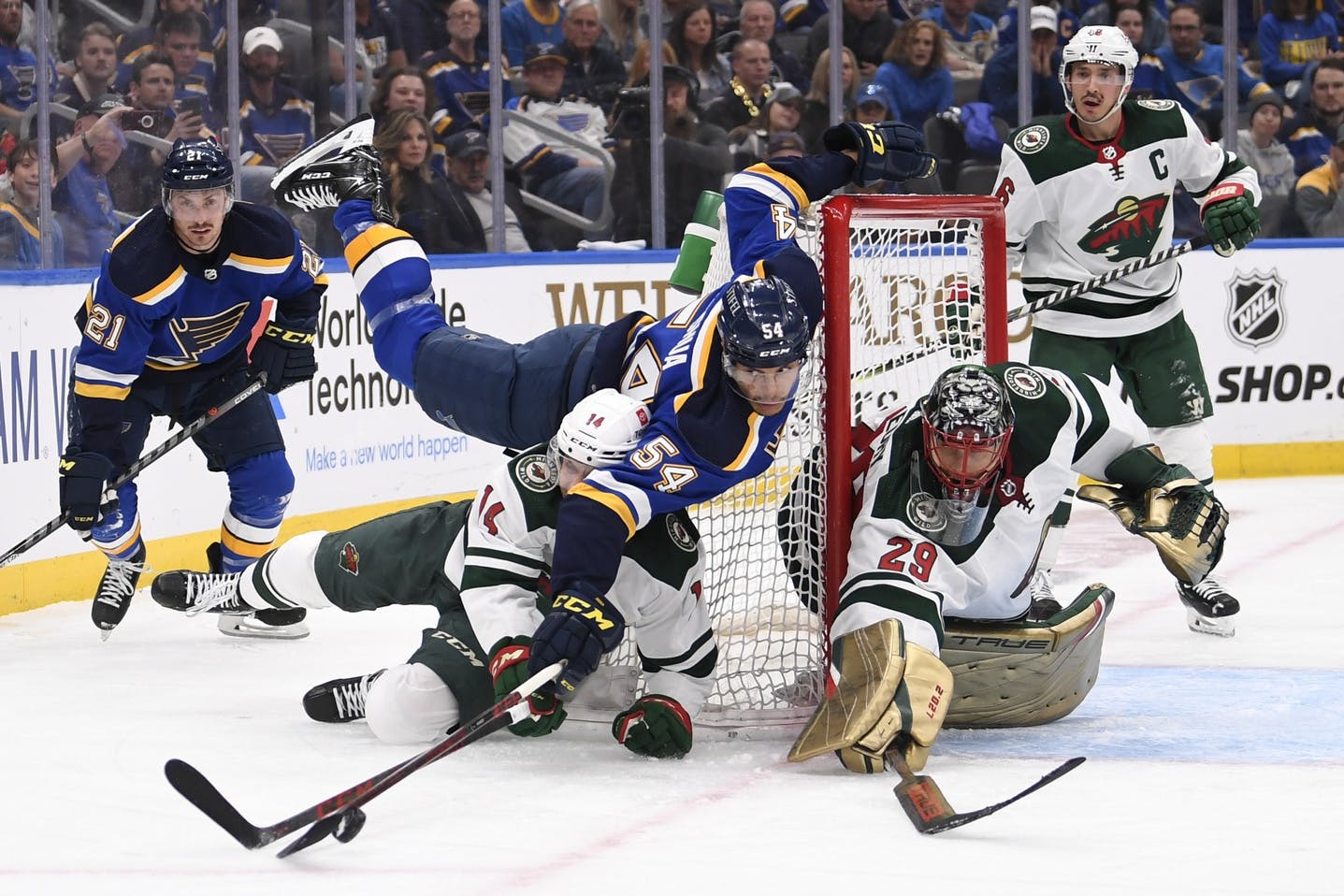 By Stephan Roget
6 months ago
The Canucks’ signings of Ilya Mikheyev, Curtis Lazar, and Andrey Kuzmenko grabbed most of the headlines last week in Vancouver, and with good reason. Each of the three UFA additions promises to make a major impact on the roster as soon as next season.
But lost amid the Free Agent Frenzy was another UFA acquisition who could find their way onto the Canucks on a full-time basis in 2022/23, and that’s Dakota Joshua.
After four full seasons in the NCAA and three more split between the St. Louis Blues and their various minor league affiliates, Joshua became a UFA at the young age of 26.
He saw his most NHL action yet in 2021/22, suiting up for 30 games, during which he posted a highly-respectable three goals and eight points. Given that he only averaged 8:30 in ice-time, that’s actually an impressive rate of production.
But the Canucks didn’t sign Joshua to put up points. Not primarily, anyway. They signed Joshua to bring some attributes to the Vancouver fourth line that have been decidedly lacking in years past; energy, physicality, relentlessness, and that always-hard-to-define difficulty to play against.
Joshua is a big body, tipping the scales at 6’3” and at least 200 pounds, but he moves around the ice extremely well for his size.
Joshua often uses his speed to get in on the forecheck and punish opposing defenders. For a great example of that, please enjoy Joshua absolutely hammering heavyweight Ryan Reaves into the end-boards — and then sticking around to handle himself just fine in a scrap against Reaves’ light-heavy teammate Keegan Kolesar.
Hitting is definitely a big part of Joshua’s game. He led the St. Louis Blues with a preposterous 18.13 hits-per-60. The only Vancouver Canuck to beat that rate was Will Lockwood, who played fewer than half the games that Joshua did.
And, as was the case with Lockwood, we have to keep in mind that not all hits are created equal, and that Joshua’s checks leave a far larger impact on their targets than those of the average player.
As was evidenced in the video above, Joshua is as adept at throwing knuckles as he is throwing shoulders. His limited scrap-card includes sizeable and experienced opponents like Michael McCarron and Nathan Beaulieu, and he’s definitely shown a willingness to defend himself and his teammates. He might not be an enforcer, but enforcers are a dying breed, anyway. Joshua represents the new wave as someone who is ready and able to fight anyone if he ever has to, but who will spend the majority of his time trying to impact the game in other ways.
Those other ways include faceoffs. Joshua won 53.3% of his in 2021/22, split relatively evenly between the offensive and defensive zone. That’s an important trait for anyone who’s going to take regular shifts at centre on the fourth line.
Joshua didn’t receive a ton of opportunity to kill penalties on the stacked Blues last year, but that’s another trait that GM Patrik Allvin outlined as a reason for signing him. The good news is that Joshua spent a handful of games playing for Trent Cull on the Utica Comets during the 2020/21 season, with the Blues and Canucks briefly sharing an affiliate. Joshua killed penalties for Cull then, and now Cull is behind the Vancouver bench, ready to employ him in that role again.
And Joshua is clutch, too. Of those three goals he got last year? Two of them were game-winners. He then went back to the Springfield Thunderbirds of the AHL, where he posted 15 points in 18 playoff games through three rounds of action. Offensively, he may just have more to give.
Really, Joshua checks off almost all the boxes that the Canucks could have possibly had on their list for a fourth line addition this offseason:
Speed? Not in abundance, but certainly more so than the average fourth liner.
Physicality? And how!
Toughness? You bet.
Faceoff prowess? Check.
Relentless forechecking? Check.
Penalty killing ability? Check, check, check.
Beyond all that, most hockey fans realize that the true measure of a fourth line type is often intangible. Bringing consistent energy and making a consistent impact despite limited minutes requires a certain kind of personality, and certain players just have “it,” whatever it is.
For evidence of Joshua’s intangible “it factor,” we’re going to turn to some decidedly anecdotal scouting reports.
Who better to assess Joshua’s worthiness as a fourth liner than the fanbase that just lost him from their fourth line?
Well, on that front, we’ve got great news. St. Louis fans are pissed that Joshua was let go, especially considering the very reasonable two-year, $825K commitment it required to sign him.
Just take a look at the immediate reactions on Reddit as news of the signing hit:

From r/hockey on Reddit
You won’t, for example, see Vancouver fans pouring one out in such a fashion for the likes of Matthew Highmore or Juho Lammikko. It’s not a perfect measure, but these anecdotal responses are at least an encouraging sign that the Canucks might have something special on their hands with Dakota Joshua.
And that something special might be a near-perfect fourth line. Pair Joshua with Curtis Lazar, and you’ve got a fourth line brimming with energy and containing both a left- and right-handed pivot. Throw Will Lockwood in there with them, and you’ve got a fourth line that opponents will absolutely dread lining up against.
Joshua may not have been the biggest signing that the Canucks made this summer, nor is he likely to have the biggest impact. But he’ll make an impact all the same, and he has all the makings of a future fan favourite.
More from CanucksArmy:
Uncategorized
Recent articles from Stephan Roget