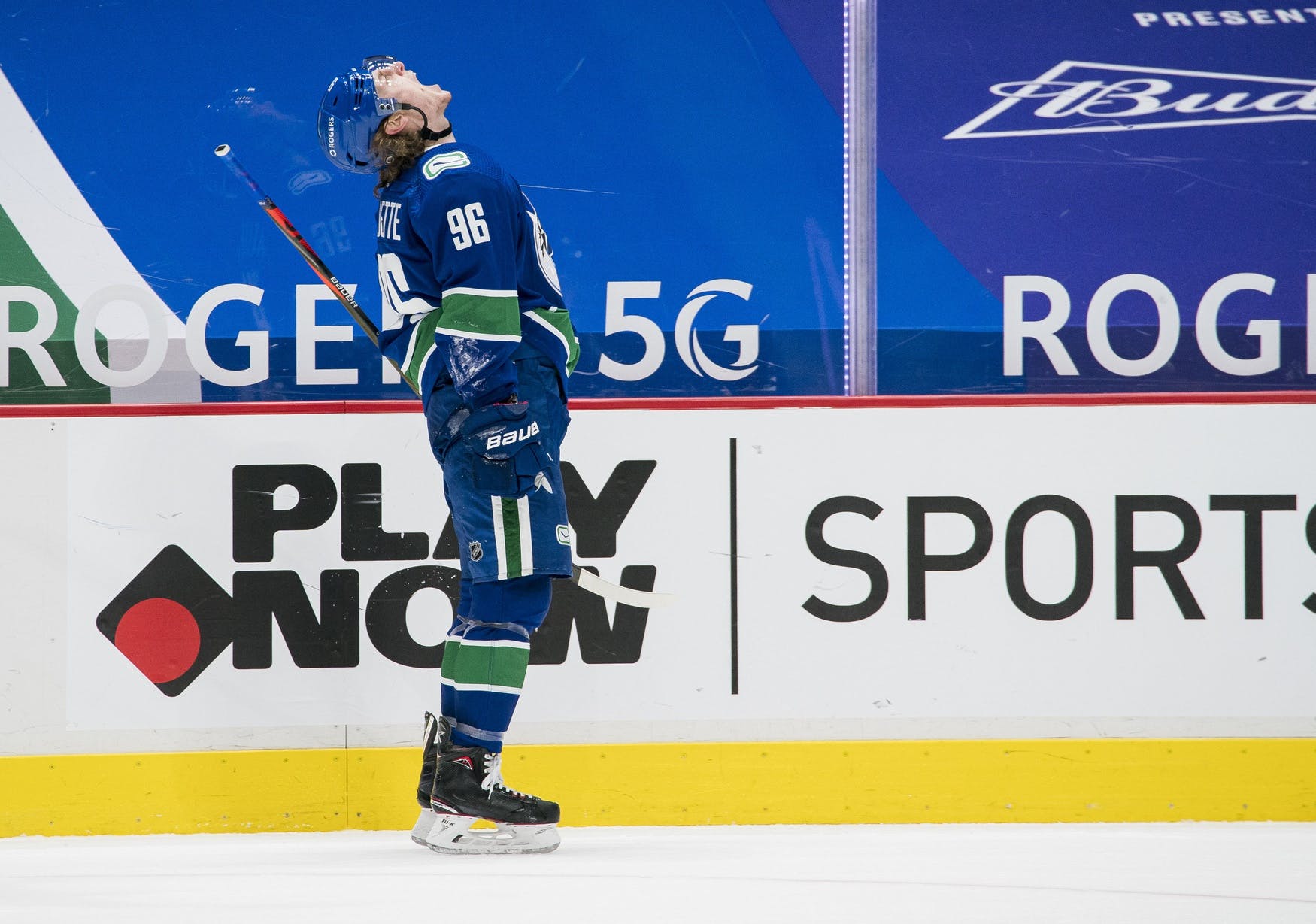 By David Quadrelli
1 month ago
Welcome back to Around the League, a column in which we deliver you news from around the National Hockey League, oftentimes through a Canucks-tinted lens.
Yesterday, we wrote about the Juuso Valimaki sweepstakes, explaining how we expected there to be a sweepstakes of sorts for the 2017 16th overall pick.
Already plagued with injuries aplenty throughout his young career, the Calgary Flames placed the 24-year-old left-shot defenceman on waivers Saturday.
Valimaki wasn’t expected to clear, and sure enough, the Arizona Coyotes — the team second on the NHL’s waiver priority list until November 1st — scooped him up on Sunday.
Valimaki was the only player from Saturday’s list who didn’t clear waivers, and on Sunday, a much longer list of names of those on waivers came out:
There’s nobody that really sticks out as someone of interest for the Canucks to claim, but today’s list is filled with former Canucks:
In other news, former Canuck Jimmy Vesey made good on his PTO with the New York Rangers and signed a one-year deal with them today.
Christian Wolanin and Sheldon Dries both cleared waivers after the Canucks placed both players on waivers on Saturday.
News
Recent articles from David Quadrelli

Shows
VIDEO: How creating cap space can make a trade even better: Canucks Conversation Dec. 2nd
Do Not Sell My Info
Privacy Settings