Despite a COVID-19 outbreak, the Canucks will play out their season, and it’s a joke 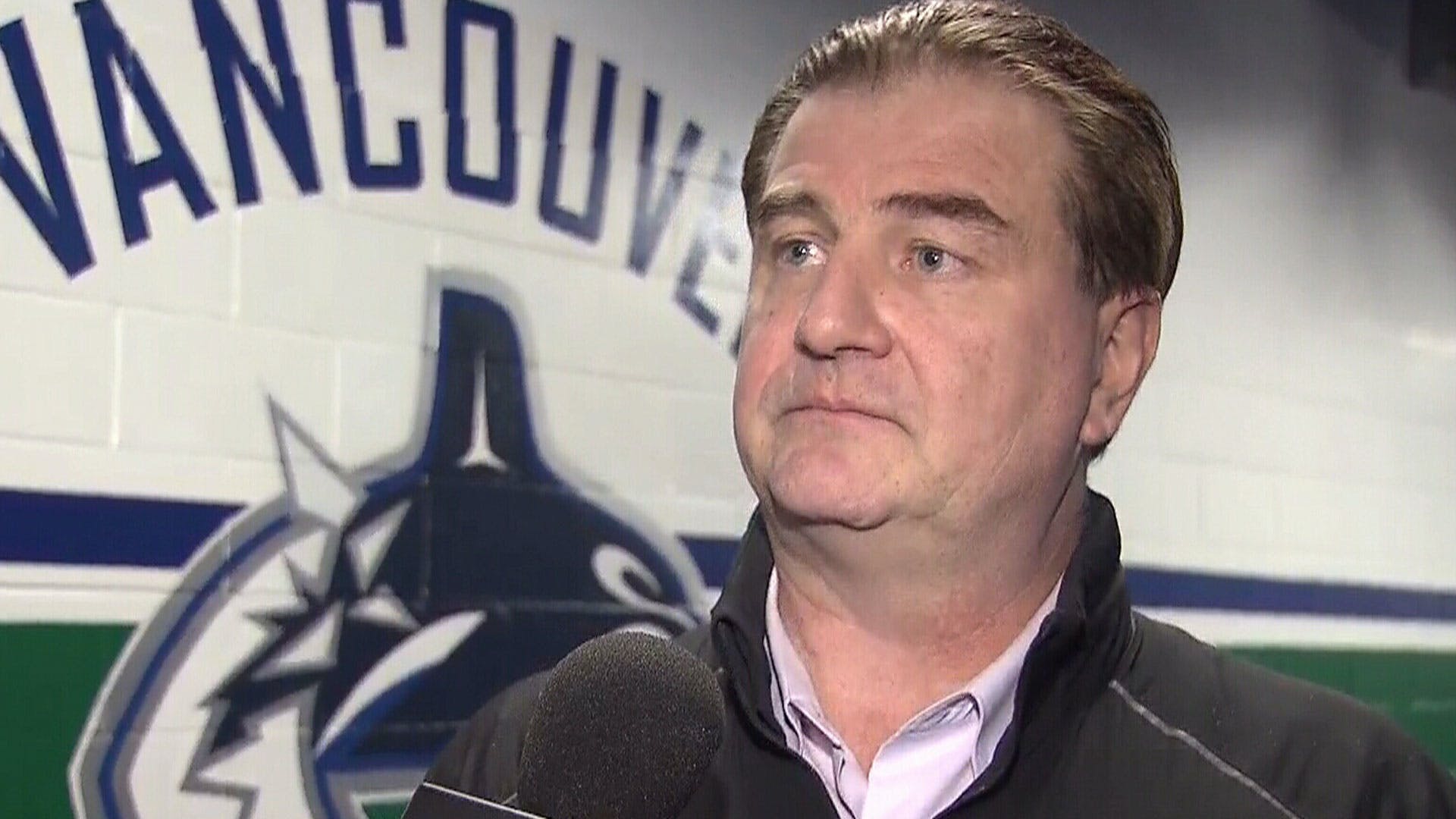 By Always90four
1 year ago
The Vancouver Canucks became one of the hardest-hit professional sports teams from the COVID-19 virus just a little over two weeks ago. All said, 21 players including taxi squad members and four members of the coaching staff contracted the virus. They are now on the other side of it, as far as we know, and plans have been made for the team to resume its schedule on April 16.
As of April 11, the Canucks are currently eight points back of the Montreal Canadiens for the final playoff spot in the Scotia North Division with a game in hand. It’s unlikely they catch the Habs, let alone get close to them to make it interesting. So why risk the players’ health, the chance of injury, or just flat-out embarrassment to play make-up games?
In short, they shouldn’t.
But because you’re still reading, let’s get into why they are.
It’s clear the NHL is trying to milk every possible, available dollar in the pandemic-riddled season, and with a month or so to go and a team that has been hit with an almost unprecedented number of positive cases, the league wants their pound of flesh, which in turn, comes at the Canucks’ expense.
The players will obviously say they want to play because they’re competitors and even eight points out isn’t entirely unreachable. But why should this even be a conversation in the first place?
Have the players had a change of heart? What don’t we know?
With the previous regime for Vancouver, Mike Gillis was vocal about singular cases like Manny Malhotra’s eye being a danger to the player’s health and playing future. The Canucks had to make a tough decision to not move forward with Malhotra because they felt they’d be endangering him, and rightfully so.
It’s tough to say if they were right or wrong on other player’s situations like Cody Hodgson or Daniel Sedin at the time but it appeared they had the player’s best interest in mind.
Yes, it’s not the same as COVID but the general concern for even a single player with a serious injury was noted and that can’t be discounted.
The current management regime doesn’t seem to know what they’re doing on that front and hasn’t publicly raised concern over the fact that maybe the team shouldn’t carry out their season as it stands.
Here’s the remaining schedule:
Take COVID-19 out of the equation and that schedule is deadly on its own. Five sets of back-to-backs and games every other day could destroy even the best teams, and as you’re all well aware, the Canucks are not one of those teams.
Just looking at the roster the last time the team played, Elias Pettersson is still on LTIR, as is Jay Beagle, who was added to the COVID-19 protocol list yesterday afternoon. We won’t know who the healthy bodies are for another day or so but it will essentially get progressively better as the days move on and players exit quarantine and aren’t showing any more symptoms while continuing to test negative.
But Ryan, that means the Canucks can get Kole Lind and other up-and-comers into the lineup for games, how great would that be? Not great if the team is missing the guys those prospects need to play WITH, not without.
In a pandemic-less season, it would still take a few weeks to get back into elite competitive shape but with the Coronavirus, it’s well known that many residual effects carry on for weeks and even months after contracting the virus, lung capacity being one of them.
So in a sport where speed dominates and maximum effort is expected for 30-60 seconds at a time over the course of 2.5 hours, would that not be a concern to take into account? Breathing?
It’s ridiculous to think that forcing a team to play out their season at this point — with everything in the standings and the injury list considered — should be allowed to happen. The “management” team has embraced the return and is looking forward to making a final push, whatever that may be.
With players being at less than 100% health, the gauntlet of games that is to come will undoubtedly create injuries that could have been avoided. Bo Horvat in a normal season could potentially make it through this final stretch but ask him to put that same effort in playing against teams that are leaps and bounds ahead of him and his teammates’ current health situation and it’s going to get ugly.
Thatcher Demko has been a rockstar this season and he was awarded a shiny new five-year contract. Braden Holtby has struggled throughout the season and he too will be asked to perform above his current level of play. Demko has been otherwordly in many games so far this year and that has been because the team in front of him has not. These scenarios scream injury and both the Canucks and the league are blind to this reality.
Who cares about their draft position? Wherever they finish, give them that spot. Had this happened at the beginning of the year it may have been salvageable but the league has to pivot now and for once — yes this sounds crazy — do the right thing.
Sure, there are going to be players that are asymptomatic and were almost completely unaffected and that’s great to hear, but why take the risk?
There is no reason to play out the remainder of the 20/21 season for the Vancouver Canucks. We’ve all been through enough and even if only this one time, get it right and take a stand. The league paused for social issues and took a stand but apparently, a worldwide pandemic is just a bump in the road.
Uncategorized
Recent articles from Always90four