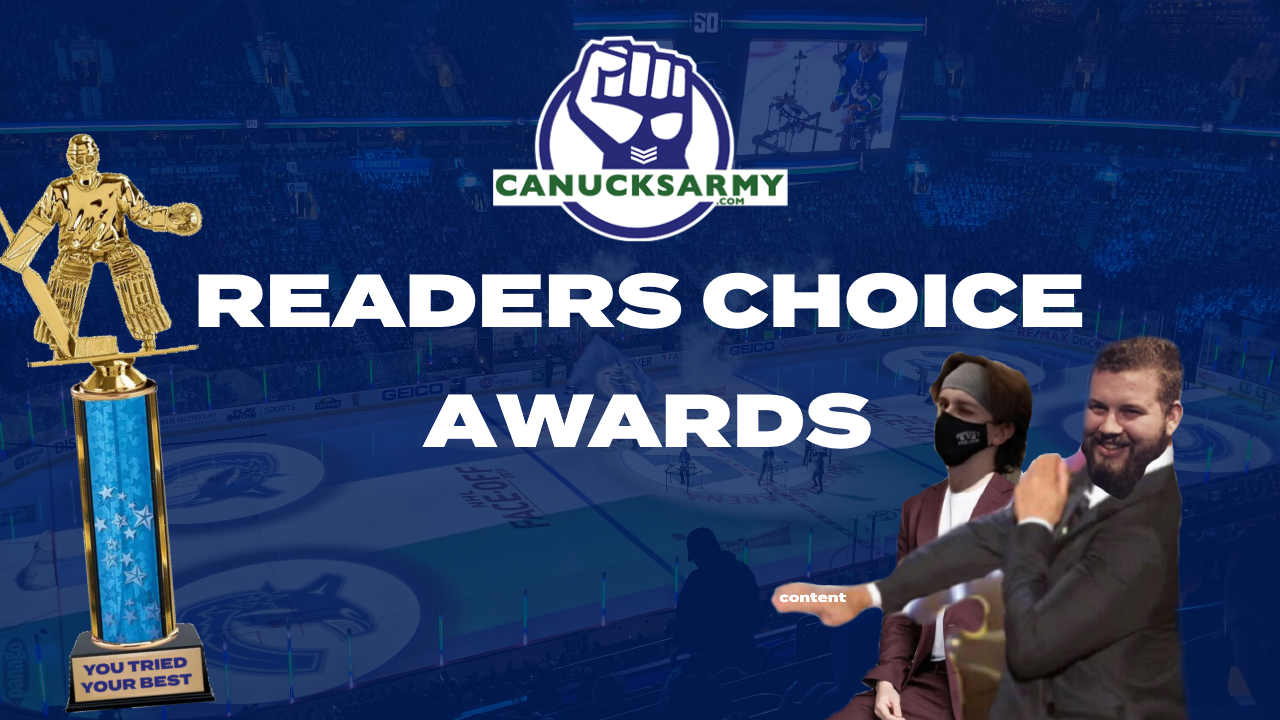 By David Quadrelli
7 months ago
It is with great honour that I introduce to you the CanucksArmy Readers’ Choice Awards for the 2021/22 season!
We love hearing feedback from our readers — nobody quite as much as Stephan Roget, the main man behind the WDYTT series — and want to get you in on the fun by dishing out some awards!
The Vancouver Canucks season has been full of ups and downs, and as fans prepare for the final eight games of the season, we wanted to get a pulse on how our readers feel about the season some of their favourite players had, what content they like from us, and more!
We’re asking questions such as:
Who’s been the team’s MVP? Who’s your favourite prospect to read about? Which UFA would you most like to see the team re-sign?
We even ask more off the board questions, such as who you’d most like to play a round of golf/have a drink with!
Best of all, no sign-up is required!
You can access the 10-question survey on surveymonkey.com by clicking here.
Results will be announced on this Saturday’s episode of the Canucks Conversation Podcast and written for all to see this Saturday on CanucksArmy.com as well!
Best of all, we’ll be picking one lucky surveyee to win a free shirt from NationGear.ca! If you comment on this post saying you completed the survey, you could get your hands on a Bruce there it is shirt, an Ikea-style EP40 shirt, and more!
Here’s the link to the survey once more:
https://www.surveymonkey.com/r/FPQVLR9
More from CanucksArmy:
Uncategorized
Recent articles from David Quadrelli