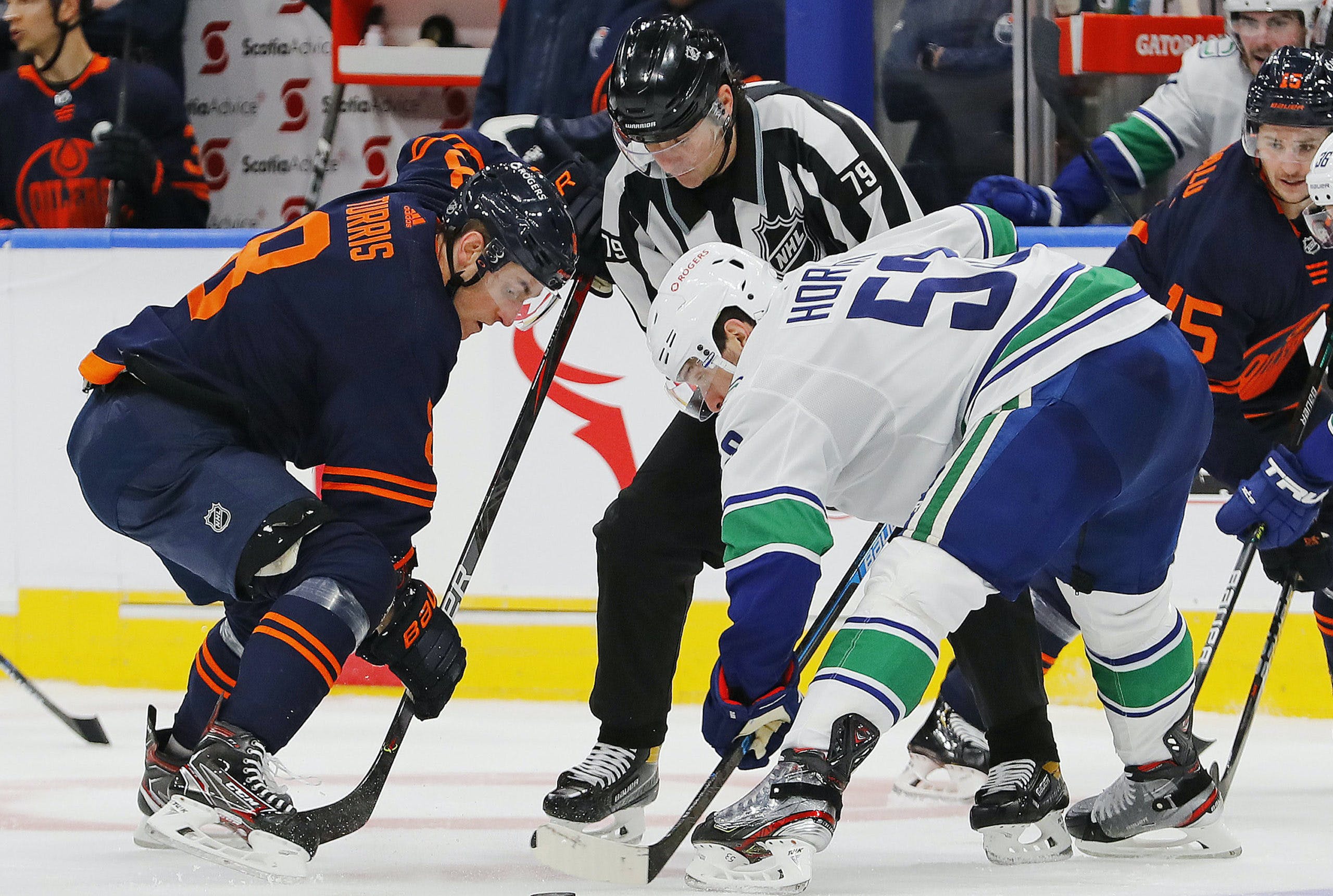 Overreact.
Drink the Kool-Aid.
Put all the money on this team.
The Canucks weren’t perfect last night — far from it — but they played a pretty complete game and against an Oilers team that has buried them in the past. Travis Green had his boys ready to play.
You know who else was ready? Canucks Twitter, that’s who! Everyone had their A-game in tow, because within five minutes there were 100 tweets with the words “alt 0246”. We also had a few “on pace for 56 goals” and a handful of lazy “hoggie” tweets.
It all resets tonight as the two teams collide once more in the same building in front of multiple Rogers 5G digital glass ads.
John and John are back too so we’ll find out what Skip The Dishes orders they’ve ordered the most.
Let’s Do This!™
WHERE CAN I FIND THIS GAME?
TV: SNP / RADIO: SN 650 / PUCK DROP: 6:00 PM

The absence of J.T. Miller didn’t seem to hurt the Canucks too much in the season opener with Jake Virtanen fitting fairly nicely on the top line and Nils Höglander more than holding his own with Bo Horvat and Tanner Pearson. Sure, the Canucks could have an easier go of things, but for now, this is the lineup we’ll see.
Olli Juolevi had a decent first game as well but will most likely be tested against an Oilers team that won’t just lay down.
Thatcher Demko should get the start tonight. Right?
CANUCKS LINES COURTESY OF DAILYFACEOFF.COM:
Connor McDavid was held pointless for the first time in his career (do not check the stats, this is correct). Maybe the Oilers will load up with Leon Draisaitl and Ryan Nugent-Hopkins to improve their scoring?
Mike Smith should start but not because he SHOULD start because Dave Tippett isn’t a monster.
OILERS LINES COURTESY OF DAILYFACEOFF.COM:

GAME NOTES, A STAT OR TWO, AND SHENANIGANS

Here’s what you had to say last night:
Self-serving? Sure. Why not?

No more bold predictions until the weekend. I was close with Höglander and I should have been redeemed but I can’t be perfect all the time. I am ecstatic that Brock Boeser has his shot early this year and he has the most to show this season. We know Pettersson will do what Pettersson does and Quinn Hughes could save this team in his sleep, but Boeser’s release is so dangerous that it may open up other areas for his teammates to capitalize.
While we’re talking about Quinn Hughes, now that the Calder thing is done, will we be ridiculously impressed every time he does something? Probably. Check this pass from his keister:
THE FINAL WORD
It’s one game but the feels were back. Thatcher Demko is in the crease and Nils needs another. We get to keep doing this until May. What could be better?
Uncategorized
Recent articles from Always90four