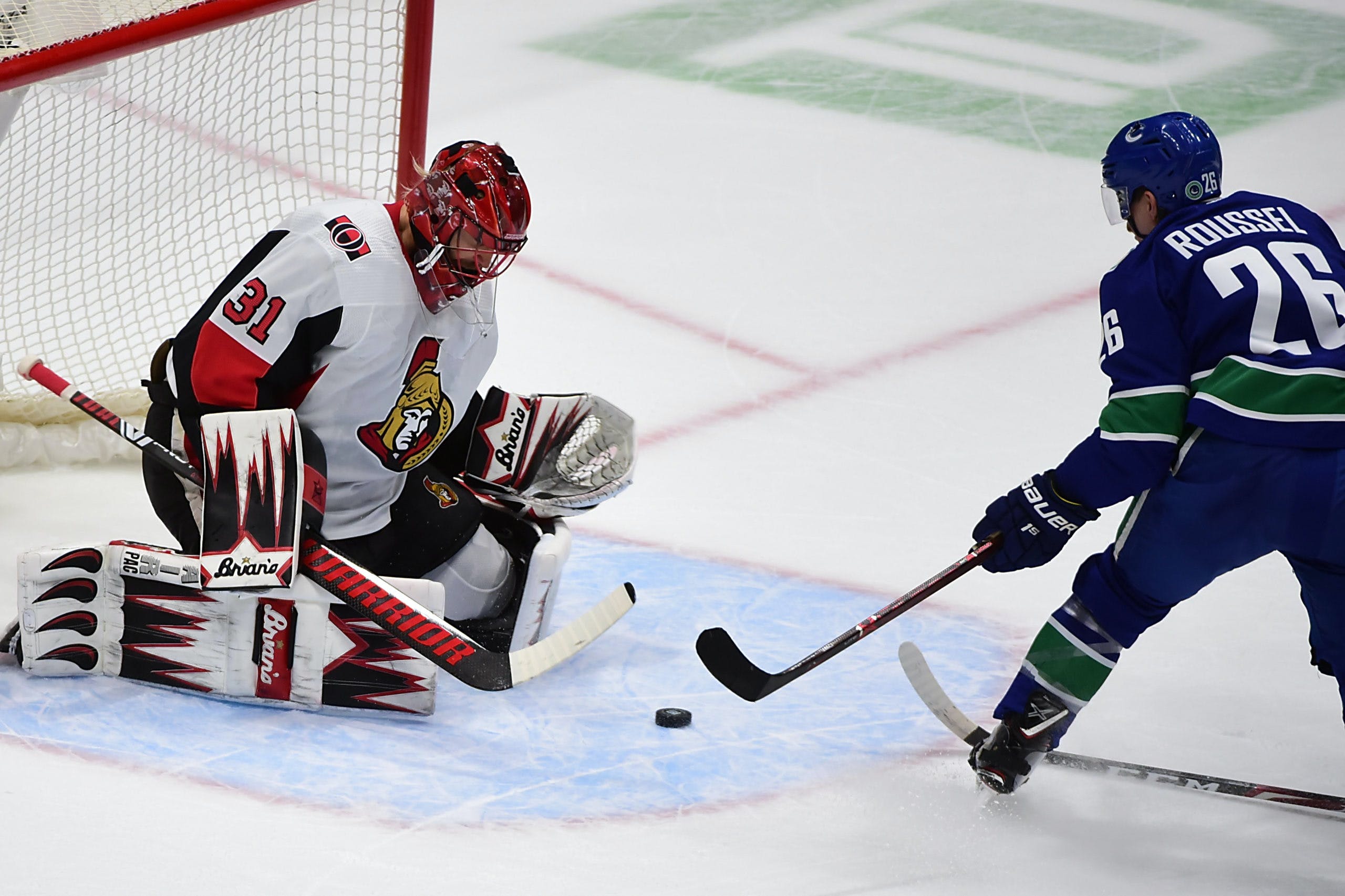 It was quite the weekend for the Vancouver Canucks but Elliotte Friedman told us we should all calm down. So let’s keep calm and Can… I am not good at these. The Senators are in town to play those same Canucks and their record is actually worse than Vancouver’s, which is tough to do. There was a moment on Saturday where Vancouver actually was in the game but it might take more than one good period to beat Ottawa.
Let’s start with one game and if the Canucks can win this one, there might actually still be hope. Of course, they could lose and the wheels could fall off completely.
Let’s Do This!™

Jay Beagle took a puck to the face yesterday but he’s a gamer so don’t expect him to miss the game. If he does, Adam Gaudette might slot back in. He probably shouldn’t be out of the lineup regardless.
Word is, Braden Holtby occupied the starter’s net at practice yesterday so he’s likely… starting. He didn’t look stellar against the Canadiens but consistency is something this team could use a bit more of.
CANUCKS LINES COURTESY OF DAILYFACEOFF.COM:
Erik Brannstrom, Tim Stützle, and Cedric Paquette are all day-to-day. What you see below is likely the team you’ll get this evening. It should be noted the Senators went back to their 90’s uniforms. They’re ok, I guess.
Matt Murray should get the start.
SENATORS LINES COURTESY OF DAILYFACEOFF.COM:

I scoured the platform to find the right tweet and this one seemed to fit:

I don’t think the Canucks continue their slide for very long. Tonight, they get a chance to bury the Senators but we’re all thinking about last season’s Senators because even this year’s team might be a challenge. There will be no Tim Stützle as he’s on IR. Bobby Ryan is also not on the Sens so that eliminates two players that could score a hat-trick. Pettersson could use a revival game, too!

This one doesn’t exactly scream “barn burner” but somehow it’s the only game on tonight. All the back-to-backs in a condensed schedule and somehow this is the only game. Stunning. That also means the Canucks get the spotlight to themselves so for one night maybe keep the #FireBenning and the “we can’t afford Hughes and Petey” talk to a minimum.
Uncategorized
Recent articles from Always90four