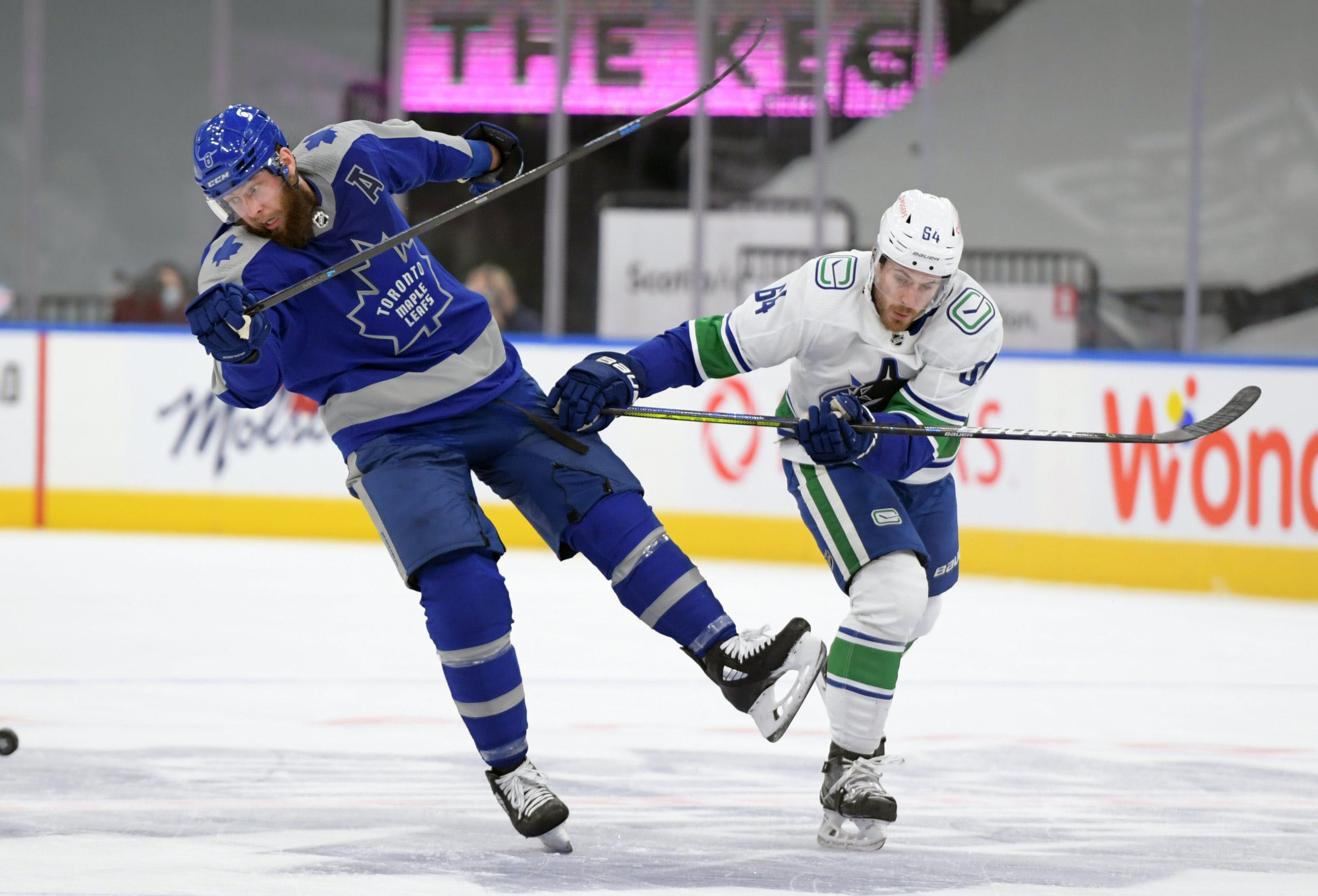 Putting together an IKEA dresser is about as frustrating as watching the Vancouver Canucks these days. Everything is in pieces, you’re pretty sure it’s being done wrong, and right when you think it’s complete, you realize you put something on backward. We can all be thankful that there was a Super Bowl yesterday because Canucks fans definitely needed a distraction. Maybe you had sushi, maybe you made wings, ribs and that dip you brag to all your friends is a MUST for the big game or maybe you were crying pathetically into a pillow because the next time the Canucks play could be the last time the current team is intact.
There isn’t much hope for tonight’s game. Expect the Leafs to once again control play, scoring opportunities, and our collective sanities. The Vancouver Canucks are in a world of hurt and the sad thing is, they don’t know how to fix it.
Let’s Do This!™

Does Jake Virtanen make it back into the lineup, is Zack MacEwen available, and does Loui Eriksson keep his spot for two straight games? What lineup gives you the confidence to expect a win? Who is the difference-maker right now? There are a lot of passengers on this team and they may say they’re upset but it’s worse than that.
Braden Holtby deserves a second shot at the Leafs. The team in front of him crapped the bed last time around.
CANUCKS LINES COURTESY OF DAILYFACEOFF.COM:
Wayne Simmonds is out for a while as is Travis Dermott. Next man up.
Do the Leafs put in Frederik Andersen again or does Michael Hutchinson get a start because why not?
LEAFS LINES COURTESY OF DAILYFACEOFF.COM:

If this team has quit on management, you’ll know for sure tonight. I can’t imagine that is something that happens but I also believed the Canucks couldn’t suck this bad. I’m wrong every now and then, ask my wife.
I’ve liked the play of Brock Boeser and Tanner Pearson and I fully expect Elias Pettersson to shake off the funk soon. There are players on this team that are simply too good to be bad. Just need pucks on net, get it deep, be good in their own end, be hard on pucks, soft dumps, period at a time, these guys are good, it’s the NHL, blah blah blah.
Just win. Please?