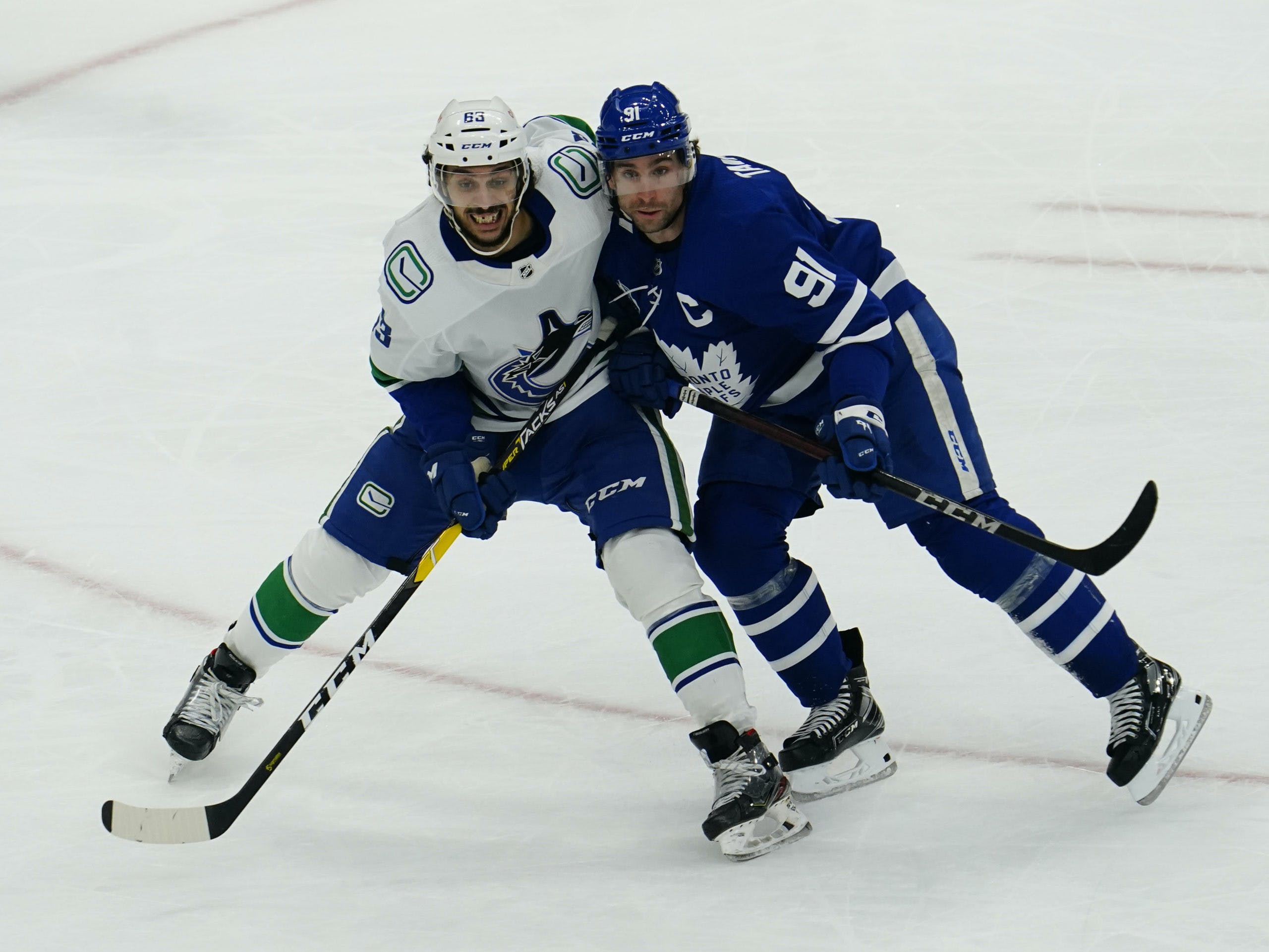 The Vancouver Canucks get another chance to knock off the Leafs of Toronto. It didn’t go so well last time and it’s possible they just need to feel it, you know, like eye test stuff. Take away the numbers, take away ridiculous goal statistics and just know the Canucks aren’t as bad as their record shows.
Okay, they are but is there a chance they can bounce back? Sure. Are you trying to tell me (Ryan, epic game day preview guy) that Elias Pettersson, Bo Horvat, Brock Boeser, and Quinn Hughes can’t get this team out of their spaz? Have you given up already? This is the Canucks we’re talking about. Are they the one and done in the playoffs Edmonton Oilers?
NO!
We’re one Brock Boeser/Elias Pettersson highlight of the night away from believing again.
The Canucks can bounce back out of this. No #FireBenning tonight, no “ran out of time” (although, that one is my new fave). It’s time to see the Canucks get back in the driver’s seat.
Let’s…Do…THIS!™

Loui Eriksson was recalled from the taxi squad and even though it’s likely a paper move to adjust cap numbers, his PK and defensive prowess might be a welcome change. Making an impact against the Leafs gets lots of good publicity. A snipe show goal helps, too!
Braden Holtby will likely get the start. The goaltending hasn’t hit its stride yet. But you knew that.
CANUCKS LINES COURTESY OF DAILYFACEOFF.COM:
After Travis Dermott was knocked out of the game on Thursday, he’s DTD for this one. No other lineup news for the Leafs.
Frederik Andersen should get the start again tonight. He didn’t need to be spectacular last game against the Canucks and he’s rested.
LEAFS LINES COURTESY OF DAILYFACEOFF.COM:

The Canucks have put themselves in quite the predicament. The whooping at the hands of the Leafs wasn’t all that fun despite the goals that were scored on the Canucks’ behalf. They need another win and as long as it isn’t a pity win, things can continue. Everyone thinks the Canucks are in a tailspin towards the drain, and they may very well be, but you can’t convince me they’re the worst team in the league.
The win against the Jets wasn’t a fluke. They beat a legitimately good team and their own heads are getting in the way. Don’t bother telling me that taking away the Senators games puts the Canucks in a worse position because you can’t do that. Putting in Cory Schneider in Game 6 might have won the Cup but we’ll never know.
Loui Eriksson is still a Canuck. This team isn’t done sucking and it’s not going to hit rock bottom. Sadly.

There is no way Jason Spezza does what he did again. He isn’t Tyler Toffoli…AHH, I SAID THE NAME THAT SHALL NOT BE SPOKEN. Vancouver needs to get back to basics. Keep the lines the same and work through it. They’ve beat it before.
Uncategorized
Recent articles from Always90four