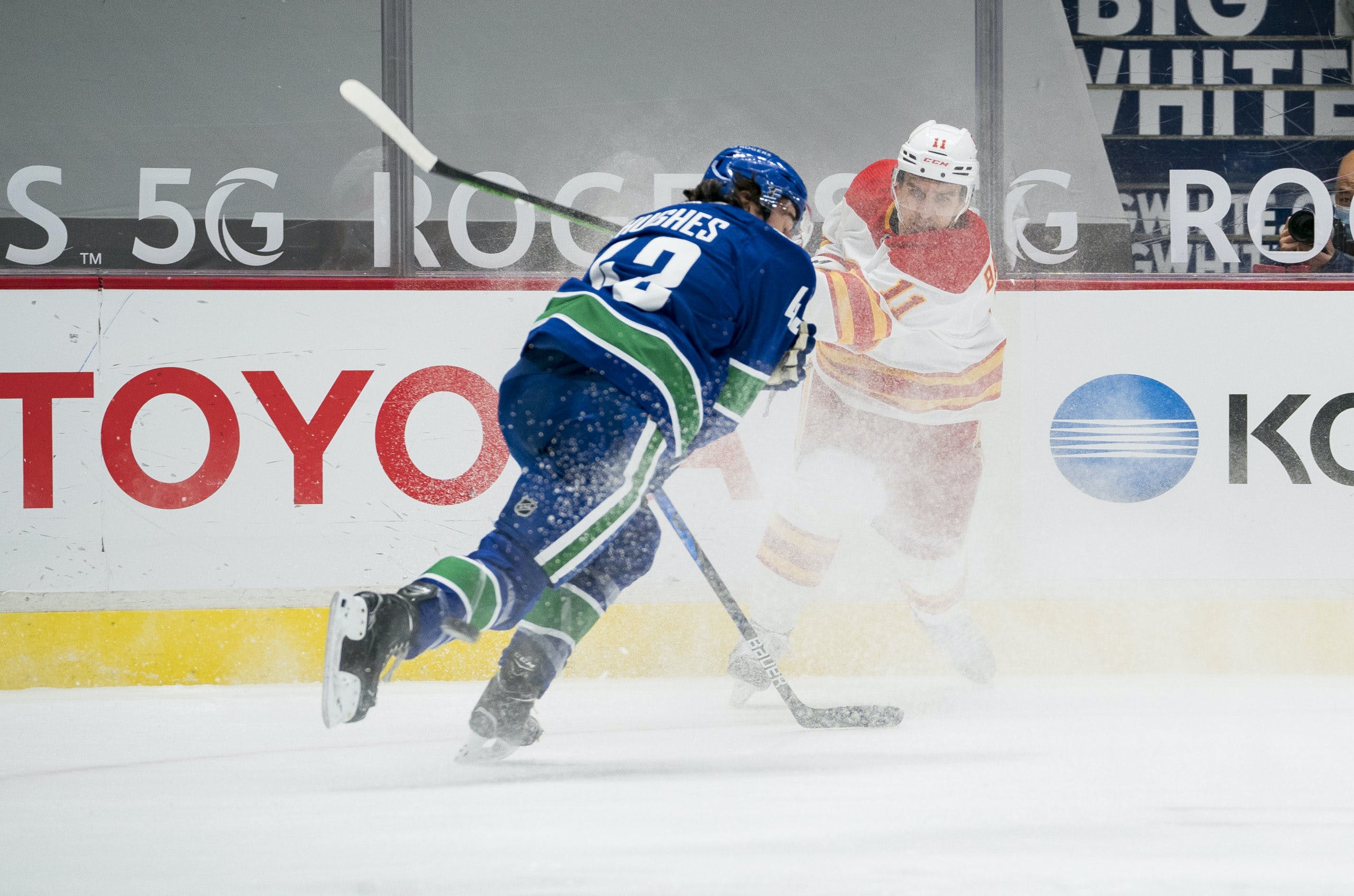 Calgary took the opening matchup in the current four-game series but the Canucks weren’t out of it. The Elias Pettersson/Brock Boeser hook up was a flash of what we remembered from a season ago. Tonight, they face off again and every game the Canucks continue to drop, the big decision looms closer.
Will Jim Benning get the axe? Is Travis Green safe? Will Jake shotgun a brew on the bench?
Will the Canucks score more than one goal? It’s anyone’s guess, but not mine. The Canucks are due for a breakout game and it seems ripe for the picking. They say nature is healing but lately, it feels like someone keeps pouring kool-aid into the wound.
Let’s Do This!™

No Tyler Motte and no Justin Bailey; IR mode. Olli Juolevi is back in and with the injuries up front, is Little Things Loui Eriksson coming back to the spotlight or does Jake Virtanen get one more chance to showcase his talents before the organization burns it all down?
Braden Holtby will be the next man up as Thatcher Demko didn’t get the W last game. Who knows though? We’ve seen weirder things.
CANUCKS LINES COURTESY OF DAILYFACEOFF.COM:
Don’t break anything up with these Flames. It isn’t taking much to beat the Canucks right now so they’d be wise to stand pat.
Jacob Markstrom will likely get the remaining starts against the Canucks. He’s been brilliant.
FLAMES LINES COURTESY OF DAILYFACEOFF.COM:

Things are heating up and now it’s getting silly. What does the future hold for the Canucks? Put some money down and cash in:

I’m actually quite intrigued about the final days of the current organization. It’s like watching all the wrestling promos; no one really cares about the game just the setup to it. Will it take a colossal loss or just another consecutive one? Statistically, there are a handful of players on the Canucks that are having pretty impressive seasons but if it doesn’t say “WIN” after the game, the fire burns hotter.
It would be pretty rich if Jake is back in the lineup and he potted a pair. Just when the end is near, something so Canucks would happen again.
I just want things to be normal again. Then again, what is normal?

The Canucks are due, they have to be. This run can’t continue; there is enough talent on this team that it shouldn’t continue to slide. Vancouver has scored 11 goals and allowed 29 in their six-game slump. This isn’t the Canucks we know but sadly it’s the Canucks we have. They drop a close one.
Uncategorized
Recent articles from Always90four