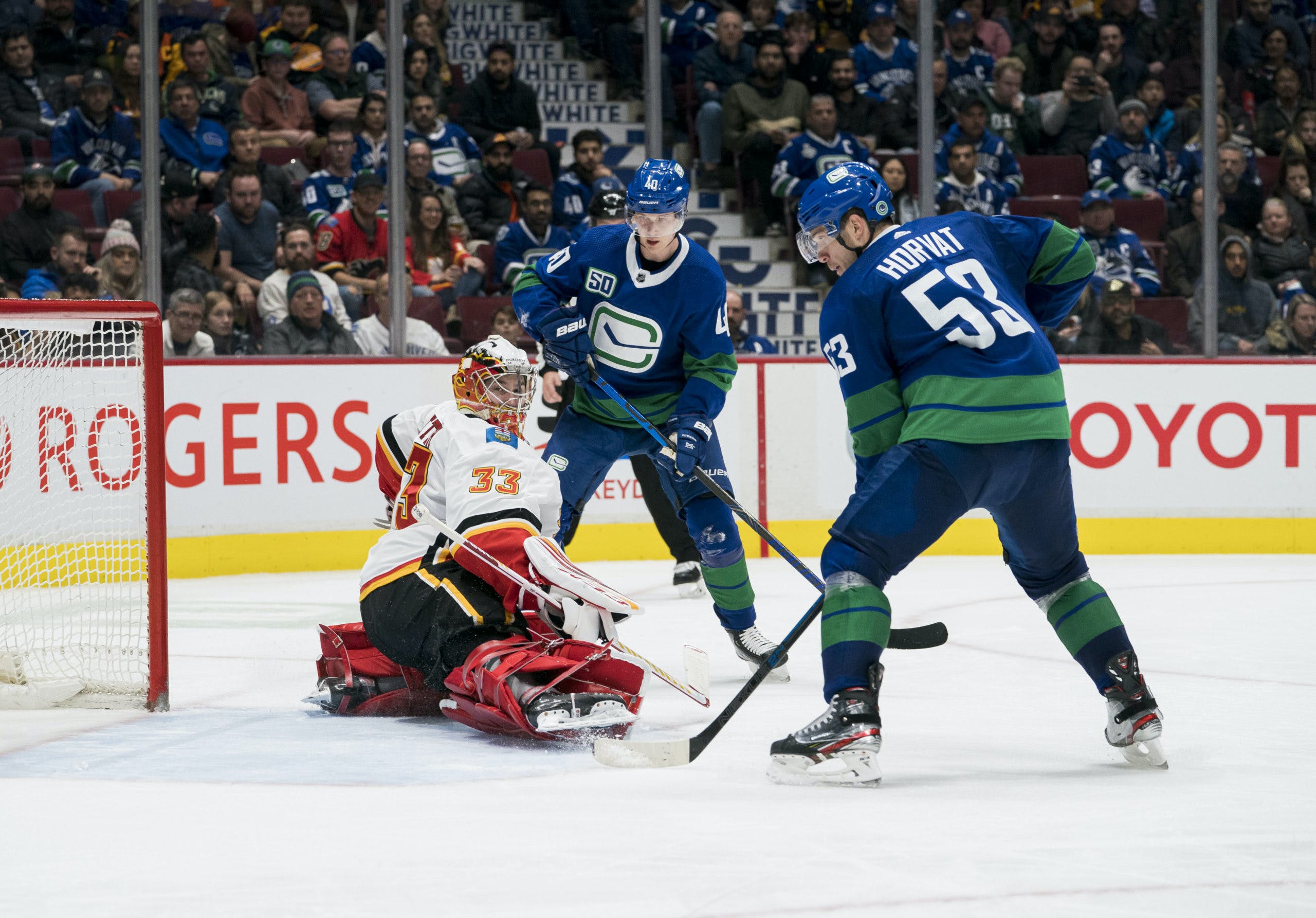 Oh, you better believe this game has a lot riding on it.
It’s a real shame there aren’t fans in the arena for this one because it would have been electric. It’s more media-driven for tonight’s game but there have to be a bit of nerves on the Calgary side for newly minted Jacob Markstrom, Josh Leivo, and Chris Tanev. They went in another direction and deservedly so but on the ice, it’s the old team that wants to prove they won the day.
Elias Pettersson has feasted off the Flames as has Alex Edler so we’ll see if that continues. It’s the first Hockey Night in Canada of the season and the nightcap is the one we’ll all be nice and cozy for when the puck drops. These are the games we get up for.
Let’s Do This!™

WHERE CAN I WATCH THIS GAME?

Does Jake Virtanen get another shot on the top line? Hopefully. It will take some time to build some proper chemistry until J.T. Miller returns and as long as Brock Boeser and Elias Pettersson are going, being the third wheel isn’t the worst thing to happen to Virtanen. No other lineup notes to speak of but in the time of COVID-19, always hit that refresh button!
Braden Holtby probably gets the start. There will be a push to have him as the unofficial starter until Thatcher Demko can take over. My take anyway.
CANUCKS LINES COURTESY OF DAILYFACEOFF.COM:
It didn’t take long but Dillon Dube is on the top line for the Flames. Any Kelowna Rockets fan will know it was inevitable. He’s a talented, passionate player that is beyond skilled. It will be a big reunion for Chris Tanev, Josh Leivo, and Jacob Markstrom this evening but thankfully Tanev won’t factor on the score sheet but it’s possible Leivo gets a few chances.
Jacob Markstrom will get the start. He’s waited for this day since free agency started… maybe longer.
FLAMES LINES COURTESY OF DAILYFACEOFF.COM:

Keeks is spot on. Maybe we’re so done with Loui that we’re obsessing over him?

Thankfully, the Canucks and a handful of their former players will get this game out of the way early. The Calgary Canucks will want to prove they made the right call and the Vancouver Canucks will want to show they’ve moved on. I’m interested to see if Brock and Petey can bear down on Markstrom. Who gets the upper hand in the first of 10 games?
I think Vancouver bounces back after the whooping the Oilers gave them.