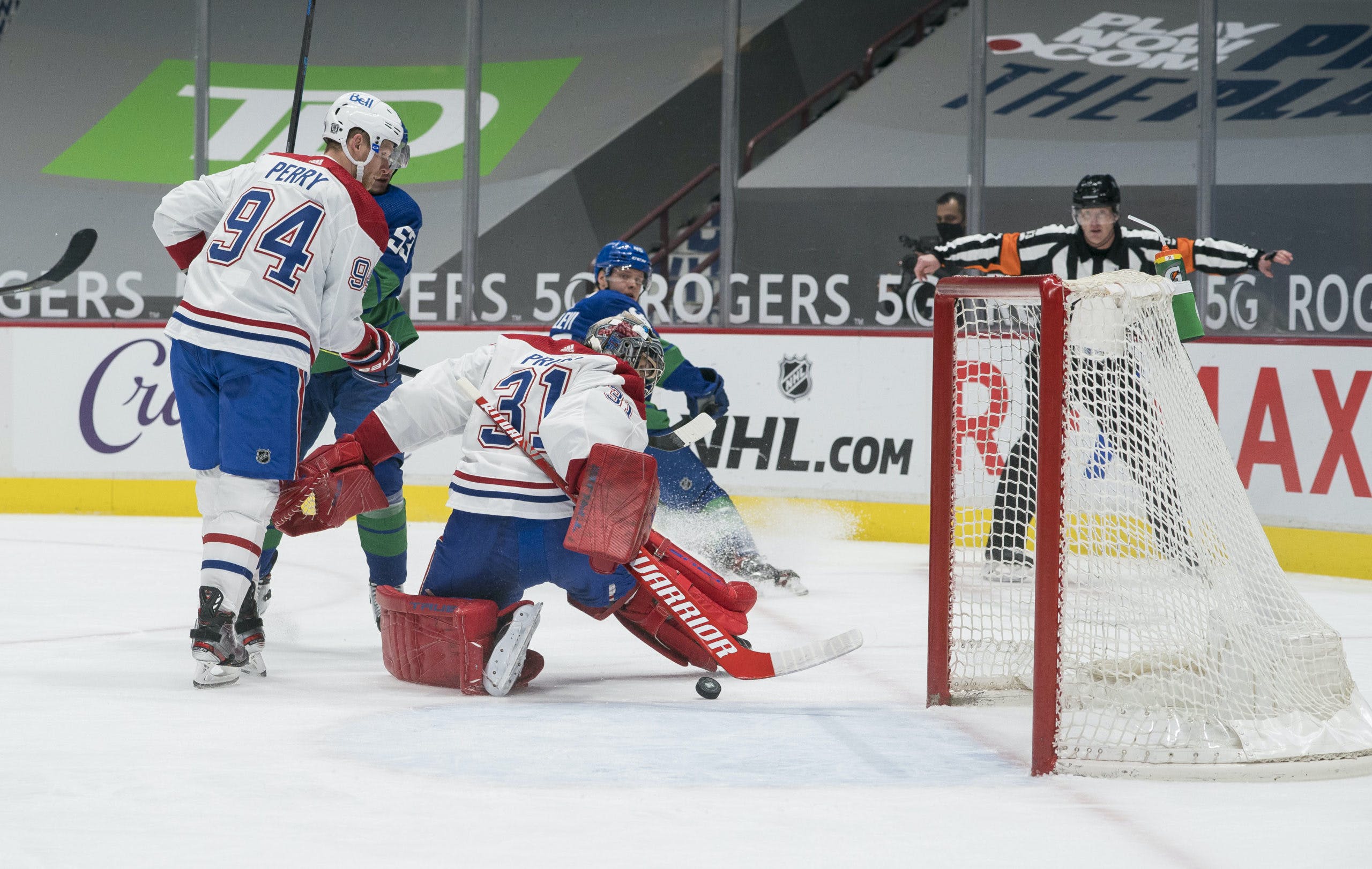 A week ago, the Canucks facing the Canadiens for the fourth time this close together would have had fire alarms triggered from the Queen Charlotte Islands to Grand Forks. Fast forward to tonight’s matchup and it’s the Canucks who might be the team to watch. Okay, okay, maybe not quite yet.
Brock Boeser has been the story on the offensive side of the puck while Thatcher Demko has channeled his summer self, stopping 97 of the last 100 shots he faced. Add Nils Höglander to the mix and the Canucks are now fun to watch. We probably shouldn’t get too ahead of ourselves because the Habs can turn it on a dime and put the Canucks away. Don’t forget, it’s an early one.
Let’s Do This!™

The big question today is Jake Virtanen. If he’s scratched again it could be curtains for the former first-round pick. On a positive note, the top-six has been electric and the bottom-six has even held up their end.
Thatcher Demko is on a serious roll right now but has it been good enough to keep Braden Holtby from the net? #BubbleDemko has been a force.
CANUCKS LINES COURTESY OF DAILYFACEOFF.COM:
It’s likely the same lineup as Saturday for Montreal. After all, the Canucks haven’t fared well against this team.
Carey Price should start tonight. I mean, it’s Carey Price.
CANADIENS LINES COURTESY OF DAILYFACEOFF.COM:

GAME NOTES, INTERESTING STATS, AND A NEW HOPE (NO NOT STAR WARS)

When analytics and the eye test meet:

Is there a better player in the league right now than Brock Boeser? Doubt it. Connor McDavid? Nope. Leon Draisaitl? Not even close. Boeser is in a class all his own and he’ll have a chance to get redux on the snipe show he released in his rookie year. He’s been put in a position that doesn’t quite fit the eye and yet Brock is putting up results.
I haven’t been this excited for Brock since… last game.

A win against the Canadiens tonight would be huge but it won’t be season-defining. Montreal has a dangerous lineup but they aren’t perfect. The Canucks will need another effort like the one in Winnipeg if they want to keep this game in reach.
Uncategorized
Recent articles from Always90four