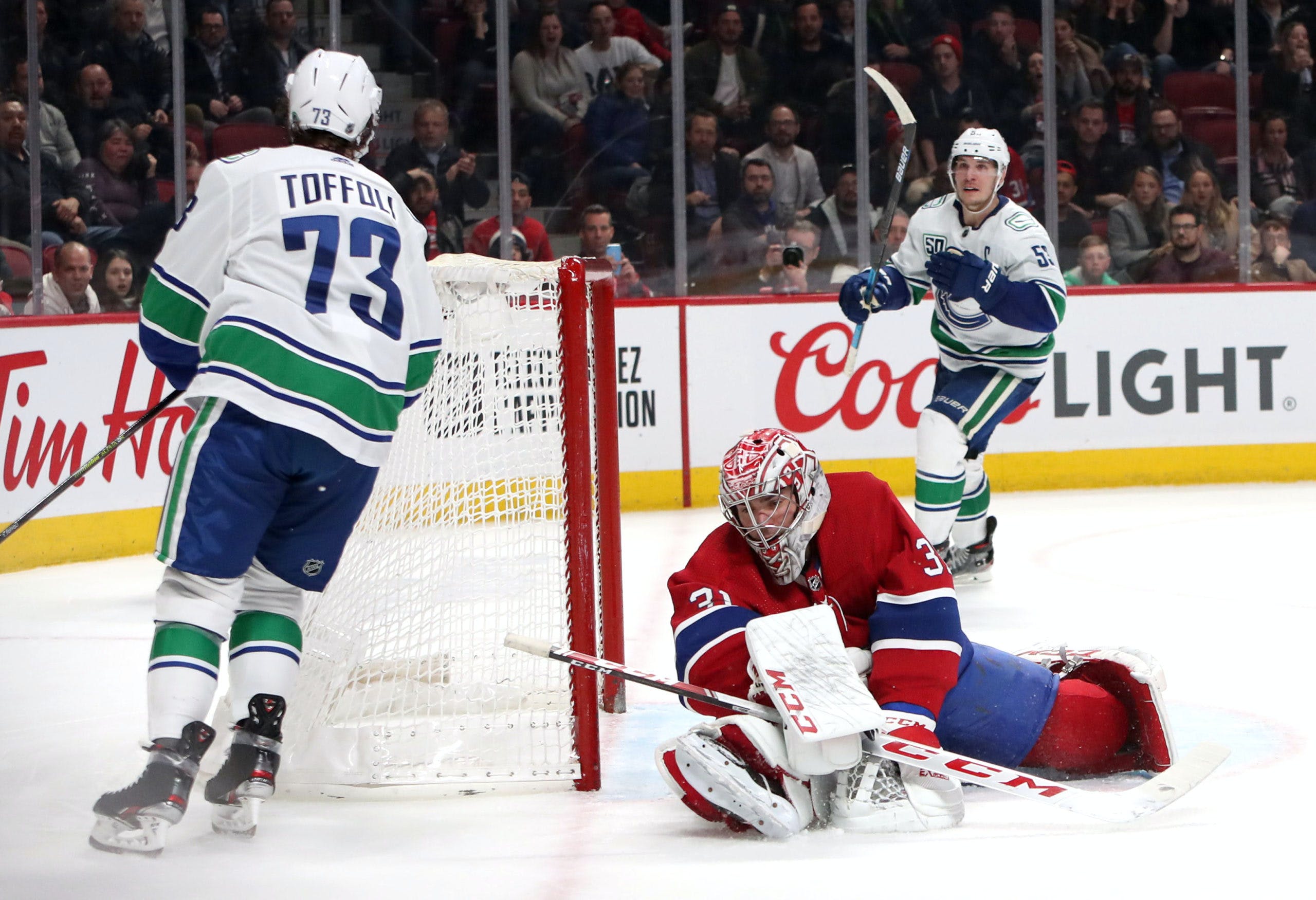 The sky isn’t actually falling, people. Do you actually think the Canucks are as bad as the results they’ve received suggest? There is a serious bout of puck luck going the other way to start the season and it will turn itself around. When Elias Pettersson isn’t scoring tap ins, something is up. What better time to turn it around than against the Montreal Canadiens, the Canucks opponent tonight in their home opener.
You know who else is returning to Vancouver this week? Tyler Toffoli. That should go over well on the Twitters.
There isn’t that much further the Canucks can fall to start things off so expect them to start climbing that ladder again.
It’s not like they’re mediocre.
Let’s Do This!™

It’s a little early to juggle lines with J.T. Miller just returning back. The same can be said on defense. Jordie Benn appears to be out of COVID quarantine so he may draw in tonight, most likely for Olli Juolevi.
Braden Holtby will probably get the start this evening but who even knows really? Travis Green is a mystery.
CANUCKS LINES COURTESY OF DAILYFACEOFF.COM:
Not much going on with the Canadiens lineup aside from the return of Tyler Toffoli. Canucks may remember the six goals he scored for Vancouver back in the summer. He is now a Montreal Canadien hockey player. It’s unlikely he’ll stay in Vancouver after this road trip.
Carey Price will occupy the net tonight. He has a new mask. It’s pretty great.
CANADIENS LINES COURTESY OF DAILYFACEOFF.COM:

The Canucks aren’t that bad. It sure has been a run of bad puck luck but show me a season where they haven’t run into that. Putting in those reps will start paying off soon enough and we can get back to watching the Canucks that score goals, dominate the power play, and drive the rest of Canada nuts.
It would also be nice to see Brock Boeser repeat the goal again.

It has to end at some point. Canucks need to stick to their systems and continue to plug away at what works. The results will change. This is the way.
Uncategorized
Recent articles from Always90four