CanucksArmy post game: Podkolzin, Pettersson, Chiasson, and Miller make it hard to pick a star in Canucks win over Coyotes 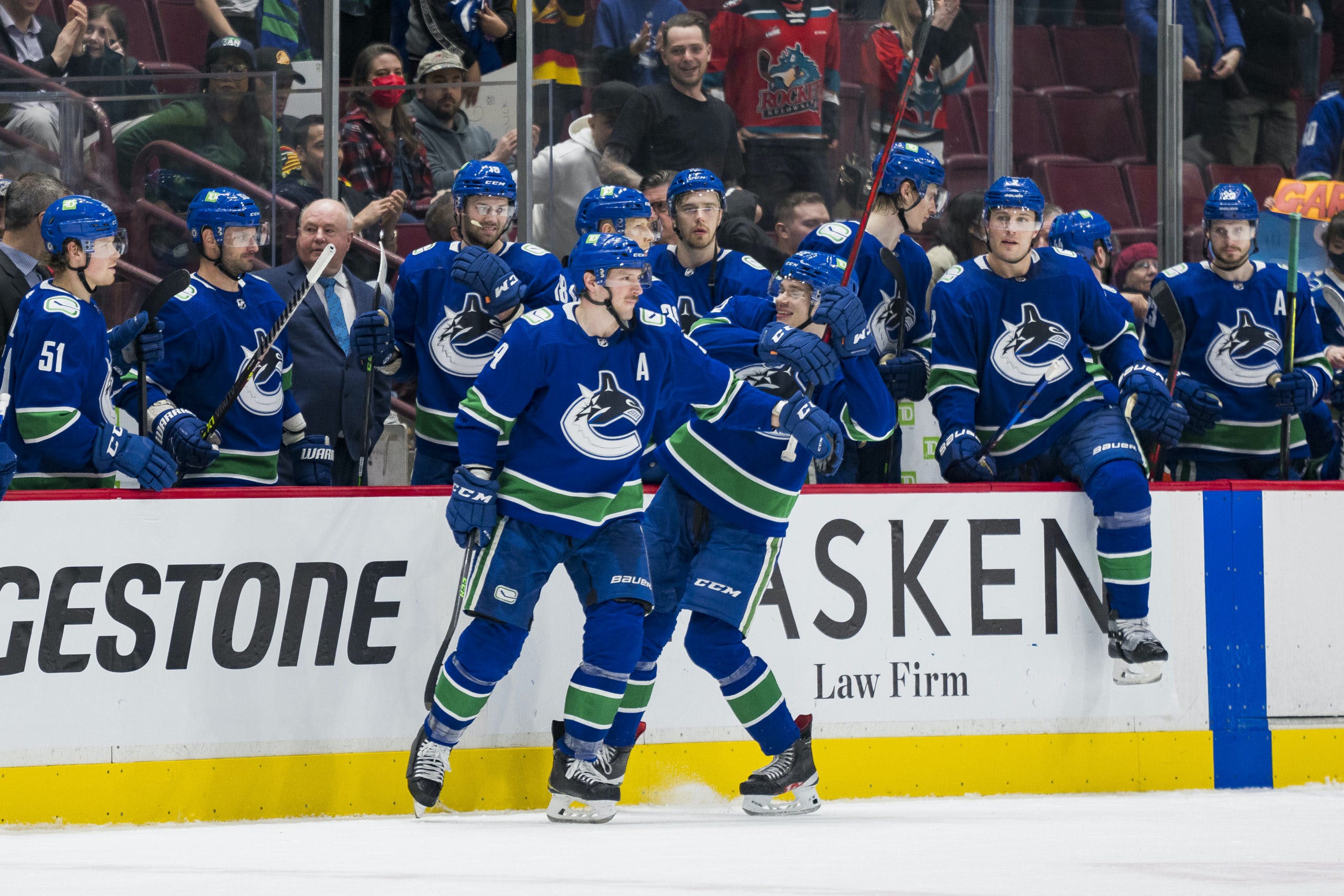 By David Quadrelli
9 months ago
The Vancouver Canucks were back in action as they looked to continue to make things interesting.
This was a game that the team should have won, and by reading the title, you already know that’s what happened.
But it’s our job to tell you how they got there, so without further ado, the Canucks’ lineup:

Thatcher Demko started in goal with Karel Vejmelka lining up opposite him.
Let’s do this!

The Canucks came out and looked like a team ready to get the job done early on.
With how well the team has been playing, this game felt like a free space on their playoff push bingo card, but if the team thought that way for a second, the results wouldn’t have been pretty.
Bo Horvat broke in on a 2-on-1 with Conor Garland, but was denied by Vejmelka.
Vejmelka denied Elias Pettersson in a similar fashion shortly thereafter, but the Canucks were generating some high-quality chances early.
The Canucks kept up the pressure, and as if they were on a power play, J.T. Miller received the puck from Quinn Hughes at the blue line, circled back a bit, and sent a hard pass to Alex Chiasson, who made no mistake redirecting his 11th of the season into the back of the net.
1-0 Canucks after a strong start.
Shortly after the goal and some more pressure, the Canucks were awarded the first power play of the game when Tyler Myers drew a tripping penalty.
The Canucks were unable to convert but back at even strength, they kept up the pressure on the Coyotes until they took another penalty to give the Canucks another power play.
The first group came out but couldn’t score, and as if he was back at Bill Copeland quarterbacking the Burnaby Express power play, Brad Hunt got a shot through traffic that was tipped home by Sheldon Dries.
At the end of 20, the Canucks entered the second period up by a pair of goals.

Just under four minutes into the second period, the Coyotes were assessed a bench minor for too many men on the ice, and it didn’t take long for Elias Pettersson to do Elias Pettersson things.
After the feed from Quinn Hughes and J.T. Miller, Pettersson potted his ninth goal in eight games to make it 3-0 Canucks.
After the goal, the Canucks controlled play for an extended period of time, but Arizona was granted their first power play of the game just before the halfway mark of the period when Quinn Hughes took a cross checking penalty.
Just as the penalty expired, hometown boy Andrew Ladd buried a rebound off of Demko’s left pad to decrease the Canucks’ lead to 3-1.
Arizona took another tripping penalty shortly thereafter and the Canucks were back on the power play.
The Canucks got their looks, and they got a goal, too.
This time, it was Vasily Podkolzin doing his dekes and scoring to make it 4-1.
In extreme Billy Mays voice
But wait, there’s more!
Just 14 seconds after the Podkolzin goal, Conor Garland broke in and scored his 16th of the season to make it 5-1 Canucks.
The Canucks were in the driver’s seat in the second period, and really took over this game and proved they were the better team — as they should.
Oh yeah, and the Canucks entered the third period with a five goal lead because Vasily Podkolzin scored like it was no big deal to make it 6-1 with under a minute left in the second.

Harri Sateri came in for relief duty for the Coyotes to begin the third, and the Canucks kept up the pressure. As you’ve likely figured out by now, the Coyotes didn’t have much of an answer.
As they should have been, the Canucks were in the driver’s seat for the third and didn’t let up on the pressure that they put on Arizona in the second.
Conor Garland interfered with Michael Carcone (remember him?) and gave the Coyotes a power play with just over 13 minutes remaining.
The Canucks killed it off, and Alex Chiasson scored again.
The question has to be asked.
Is Alex Chiasson going to price himself out of Vancouver?
Chiasson was officially on hat trick watch, as was Podkolzin, who nearly netted the first hat trick of his career when he ripped a shot just over the net with over five minutes remaining.
The Canucks would go on to win this one by a final score of 7-1. 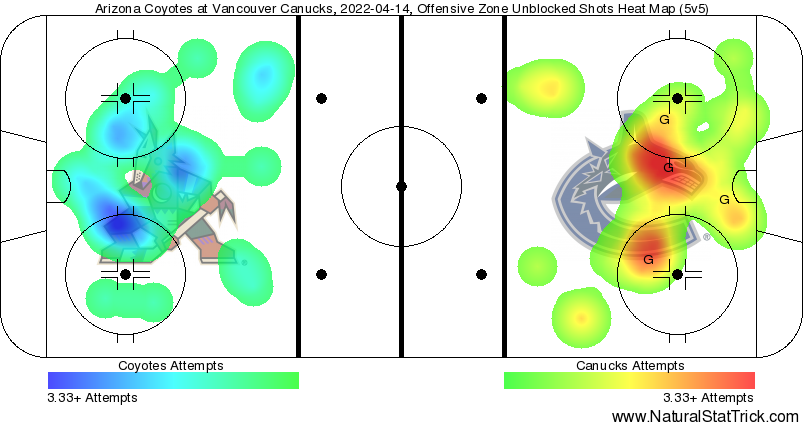 J.T. Miller made history tonight when he tallied five assists.
He became just the fifth Canuck to ever record five assists in a game, and was one off of the club record, held by Patrik Sundstrom.
Alex Chiasson had a strong game, as did Conor Garland, Elias Pettersson, and Vasily Podkolzin.
It’s hard to pick just one player to highlight, to be quite honest.

Tonight, the Canucks took care of business.
They did exactly what they had to do, and truly there’s not much of a story here tonight.
If the Canucks lost tonight, there’d be a story, and that story would be that their four-game win streak was all for naught and their playoff hopes could officially be laid to rest in one of their most unforced errors of the season.
But instead, the Canucks kept it up, and are as hot as they’ve been all season with the Dallas Stars coming to town on Monday night for what will undoubtedly be the Canucks’ most important game of the season to date.
The Canucks are getting exceptional goaltending, their power play is red-hot, and their top players are playing like they’re top players.
Head coach Bruce Boudreau said post game that captain Bo Horvat, who departed after blocking an Anton Stralman shot and did not return, is going to be okay. Boudreau clarified that the Canucks chose to keep Horvat out of the game because they had a comfortable lead, and are hoping he’ll be ready to go for Monday.
Monday is likely going to be the biggest game of the season, and you won’t want to miss it, folks.
Uncategorized
Recent articles from David Quadrelli