CanucksArmy post game: Canucks leave Demko out to dry in a big loss to the Montreal Canadiens By Faber
1 year ago
On the back of their red-hot goaltender, the Vancouver Canucks had won four of their last five games prior to tonight’s tilt with the Montreal Canadiens.
Wednesday night was a different story as the Habs fired 45 shots on net and beat the Canucks 5-1.
This game had a strange wrinkle in it with the 8 PM start time. The Canucks went with the exact same lineup that they iced in Monday night’s match against the Canadiens. The team has been skating with some pace lately and getting some puck luck for the first time this season.
Let’s see how that lineup looked.

It was much of the same for Montreal as well. They started Carey Price between the pipes while the Canucks rode Thatcher Demko once again as he has been one of the league’s top goalies for the past few weeks.
It’s late, so why don’t we get right into it.
It’s time for puck drop, let’s go!

The period began with some exciting hockey. It was a great contrast to what we saw on Monday night. Each team had some quick scoring chances and the goalies were facing some early rubber.
The Canadiens’ chances were coming from the point as there were some big rebounds off of Demko. The Canucks were able to get on the loose pucks and ended up generating a little bit of offence from the Bo Horvat line, which received a bunch of shifts in the opening five minutes.
Antoine Roussel had a bad giveaway that led to an odd-man rush and another scoring chance on the play that followed. Demko was off to a hot start with a couple of nice glove saves early to bail out his team’s giveaways.
The shots were 7-0 for Montreal early on in the game even though the Canucks had a couple of dangerous rushes.
The Canucks got their chance early on as Jesperi Kotkaniemi took a boarding penalty when he hit Travis Hamonic from behind.
The Canucks went to work on their first power play attempt of the game.
Coming into this game, the Canucks were 5/23 on the power play against the Canadiens.
They did not generate much offence aside from a Jake Virtanen shot that hit the outside of the post. The first unit struggled to get set up once again.
Alex Edler was next to go to the penalty box after he took a very weak interference penalty when skating down the wing battling for position.
Demko made some huge saves early in the penalty kill. He was looking calm with bodies all around him and had great movement through the crease on some one-timed shot attempts.
With five minutes remaining in the period, J.T. Miller fought Ben Chiarot. Both players landed a big right straight at the same time and they went to the ground after trading a couple of punches.
The fight seemingly sparked the Canadiens, as Tyler Toffoli stole a puck from Nate Schmidt behind the net before making a pass out front where Kotkaniemi was there to bury it and give the Canadiens a 1-0 lead.
Quinn Hughes took a holding penalty with 2:13 remaining in the period and the Canadiens went back to the power play.
Brandon Sutter left the game early in the period and with Miller out for fighting, that meant Bo Horvat had to kill penalties for the Canucks.
The Canadiens outshot the Canucks 16-4 in the period but only went into the intermission with a one-goal lead.

Sutter returned for the second period but Chiarot did not. The Canucks were back to full strength while the Canadiens were down to five defencemen for the final 40 minutes.
The Canadiens scored a quick one, former 50-goal scorer Corey Perry picked up the puck as he darted in on the right side and made a move to the backhand to beat Demko. Canadiens lead 2-0.
The Canucks got their opportunity to strike back on the power play when Jayce Hawryluk drew a high-sticking penalty.
The first unit got set up and Brock Boeser absolutely unloaded on a one-timer for his 14th goal of the season. Hughes and Miller drew assists on the power play goal. 2-1 Canadiens after the Boeser goal.
Miller took a tripping penalty to send the Canadiens to the power play with 12:27 remaining in the period.
The Canucks killed off the penalty but were trapped in their zone for a long shift that had a few chances for the Canadiens.
The pressure resulted in another Canucks penalty. Marc Michaelis went to the box for hooking with 6:52 remaining in the period.
The Canadiens got their power play set up and Shea Weber copied Boeser’s goal when he ripped a one-timer top shelf. 3-1 Canadiens.
The Canucks outshot the Canadiens in the second period by a count of 13-12.
Trailing by two, the Canucks headed into the third period needing a flurry of goals.

The Canadiens had an early scoring chance when Hamonic stumbled at the point and Phillip Danault had a partial breakaway. Demko was up to the task on the 30th shot he faced in the game.
Jeff Petry ripped a wrist shot during a 3-on-2 and the Canadiens led 4-1 with 13:24 remaining in the period.
The Canucks were down three goals and earned a power play with 12:33 remaining.
Toffoli had a shorthanded breakaway but was stopped by Demko, who was playing another great game even with the amount of goals he had given up.
The Toffoli breakaway was the best scoring chance seen during the two minutes that the Canucks had the man advantage for. We were back to even strength hockey with 10 minutes remaining.
The Canucks took a too many men on the ice penalty with 8:58 remaining in the period.
Danault scored his first goal of the season after the power play expired and the Canadiens now led 5-1.
That was all she wrote, the Canucks lost a bad one where they really left Demko out to dry and couldn’t mount any offence. 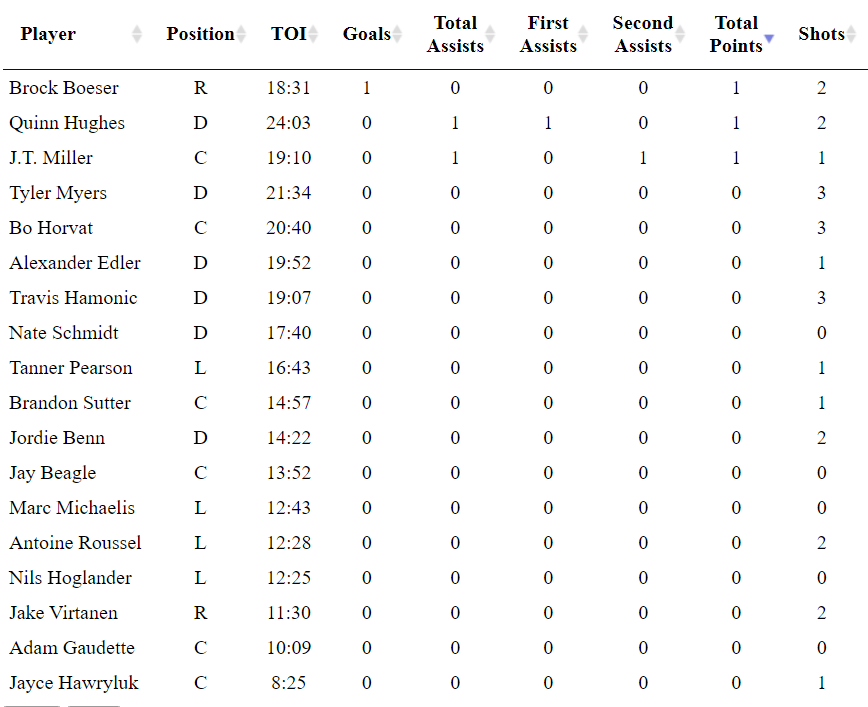 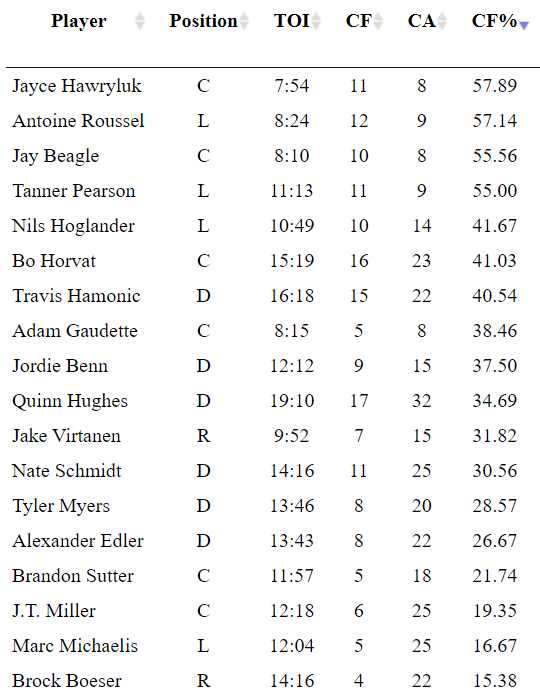 Rumour has it that Alex Edler was guilty as charged.
Speaking of Edler…
Brock’s shot got the run it deserved.
At least this game didn’t end at 2 AM!

Thatcher Demko: He faced over 40 shots and countless high danger chances. This game could have easily been an 8-1 blowout if it wasn’t for the good play from Demko.

The Canucks were simply outplayed in this game. Montreal dominated possession at even strength throughout the entirety of the game. The Canucks took too many penalties, had bad giveaways and couldn’t generate enough zone time to create enough scoring chances to win.
if it wasn’t for Demko playing a heck of a game, this could have been an ugly score like we saw throughout their losing streak.
The Canucks now have two full days before hitting the ice for hockey night in Canada against the Edmonton Oilers.
Uncategorized
Recent articles from Faber