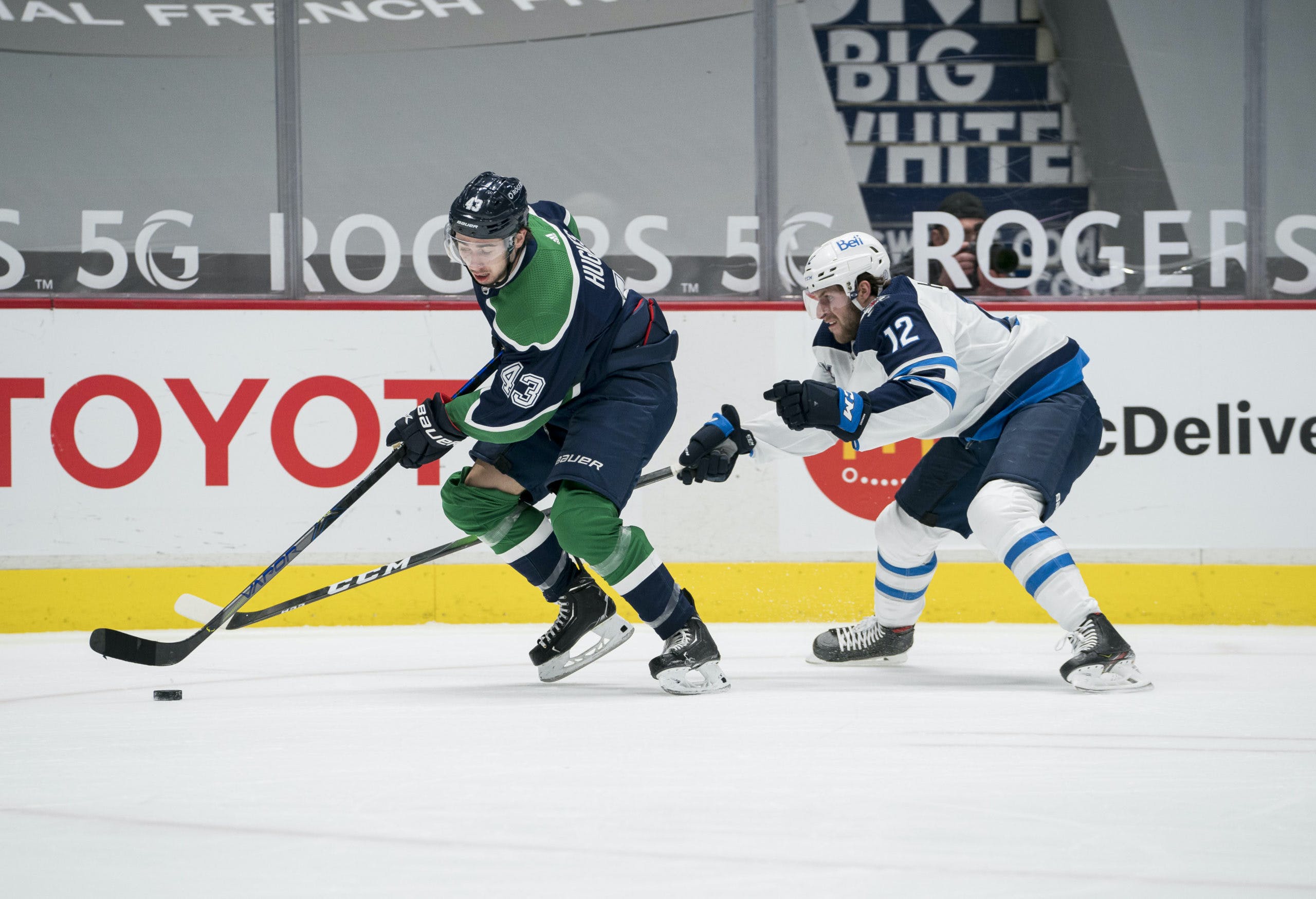 After a less than favourable finish to Friday’s game, the Vancouver Canucks are back at it again as they take on the Winnipeg Jets to finish their weekend up. Derek Farquard (sp?) went after Nils Höglander and should have clearly been penalized last game so the Canucks won’t let him forget it happened tonight.
The Canucks’ social media accounts were giving away a Reverse Retro jersey for every Canucks goal scored last game so hopefully, the team makes up for it with, y’know, one goal maybe?
Vancouver desperately needs two points tonight if they want to keep pace with the playoff contenders in the North. They’ve beaten the Jets already once this season, let’s see it again!
Let’s Do This!™

Might we see Zack MacEwen in the lineup tonight to rough up Derek Fairbanks? The Canucks could use a bit of grit to finish up the weekend set. As for any other lineup changes, we’ll have to wait to see what happens.
Braden Holtby is the likely starter as the Canucks wrap the two-game set with the Jets.
CANUCKS LINES COURTESY OF DAILYFACEOFF.COM:
Pierre-Luc Dubois practiced yesterday and could play tonight.
It has been confirmed that Connor Hellebuyck will start tonight. Canucks might have a shot now.
JETS LINES COURTESY OF DAILYFACEOFF.COM:

We’ll see at least one goal by the Canucks this evening. We won’t see a 7-1 blowout either way but it sure would be nice to know it’s possible for the Canucks to channel their inner 2011 selves.

Vancouver played a pretty decent game on Friday but just couldn’t buy a goal. They’ll need some help on the PP but this feels like a game they should bounce back and get the W. They’re running out of time if they don’t.
Uncategorized
Recent articles from Always90four